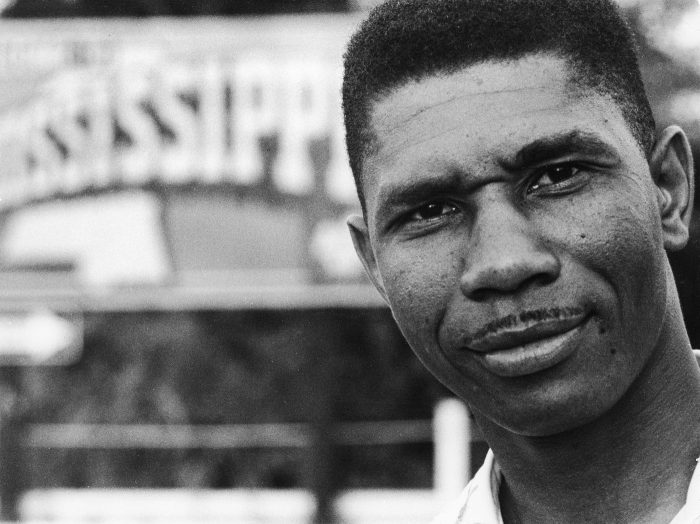 On June 12, 1963, voting rights activist Medgar Evers was shot dead outside his home in Jackson Mississippi. Evers, who was a World War II veteran, was the NAACP field secretary in Mississippi.

He was murdered by Byron de la Beckwith, a white supremacist, Klansman and member of the White Citizens’ Council. Evers’ killer would not be convicted until 1994, after an all–white jury deadlocked in 1964 allowing de la Beckwith to roam unpunished for Evers’ murder for three decades.

Because of the work of Rep. Bennie Thompson (D-Miss.), the Evers’ house at 2332 Margaret Walker Alexander Drive in Jackson, will now become a national historic landmark. The house where Medgar Evers’ was fatally shot was built in the first planned middle-class subdivision for African-Americans in Mississippi after World War II. Thompson has been working on the honor for Evers for over ten years.

The home was owned by Tougaloo College and later restored for tours. In 2017, Edgars’ home was designated a National Historic Landmark. The John D. Dingell, Jr. Conservation, Management, and Recreation Act, signed March 12, 2019, included language that designates Evers’ home as a national monument.

On January 14, Rep. Thompson reintroduced the Medgar Evers Home National Monument Act. “In my capacity as Congressman of the Second Congressional District of Mississippi, to author this legislation to honor the sacrifice of Civil Rights Icon Medgar Evers and his widow, Myrlie, by designating their home as a National Monument. This legislation is of great personal importance to me. I, like many others, was inspired by the magnitude of determination Mr. Evers showed by dedicating himself to others and fighting against adversity. The designation of his home is an everlasting tribute to his legacy.”

Evers worked to overturn segregation at the University of Mississippi and end the segregation of public places. Ironically, the hospital that Evers was admitted to, after a delay, was the first time that an all-white hospital in Mississippi admitted an African American.

In October 2009, then Navy Secretary Ray Mabus, a former Mississippi governor, announced that USNS Medgar Evers, a cargo ship, would be named in his honor. The ship was christened by his wife, Myrlie Evers-Williams on November 12, 2011.

Medgar Evers, who served in the U.S. Army, is buried at Arlington National Cemetery.