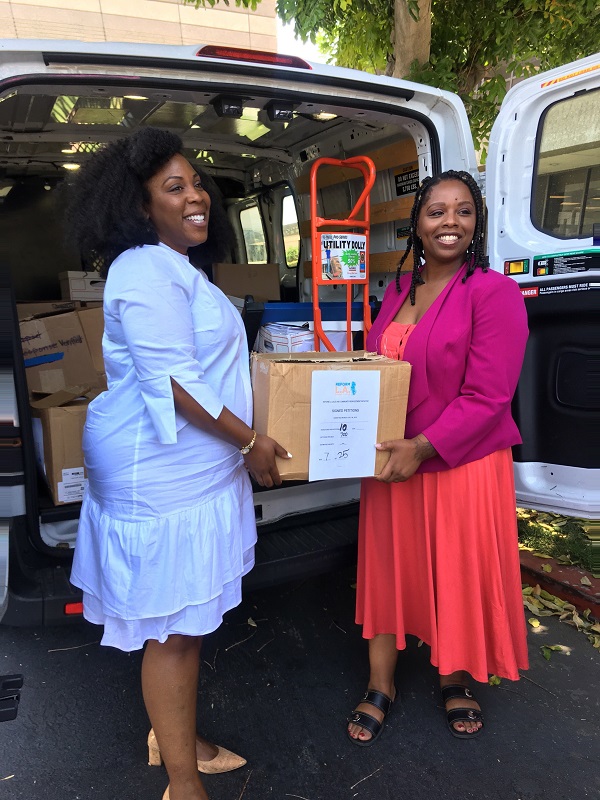 The initiative if passed will pave the way for Civilian Oversight Commission to effectively investigate deputy misconduct by providing them the power to subpoena deputy testimony and evidence and mandate as alternatives to incarceration for vulnerable populations be studied and prioritized over building new jails in an effort to ease jail overcrowding and recidivism particularly among mentally ill and homeless populations.

The initiative’s ballot language was approved in March of this year and shortly afterward, the campaign began its 180-day countywide signature collection effort using both volunteer and paid signature collectors.  In just 131 days, over 246,000 signatures were collected and 9,248 new voters were registered.

“Today we’re making history and herstory,” Campaign Director Jasmyne Cannick told a group of several dozen volunteers and supporters.  “I say herstory because we are gathered here based on the vision of women in our community–Black women–who said we’ve got a problem and this is what we’re going to do about it and we got it done.  That’s important to recognize because it’s rare to have ballot measure campaign headed up by Black women–even in a state as progressive as California.”

“Today is a game changer,” added Cullors.  “ Voters have said that in the midst of allegation of deputies operating internally as gang members and claims of a secret gang society among the sheriff’s department’s ranks and amid ever increasing allegations of sexual misconduct involving deputies in L.A. County jails–that they want answers.  Voters told us that they want to prioritize alternatives to incarceration for the homeless, mentally ill and other vulnerable populations and they told us they want it now.”

Cannick added, “Voters have said that criminal justice reform isn’t just about police killings and police brutality, but it’s also about changing a system the doesn’t value the lives of people of color whether we’re the suspect or the victim.”

The campaign is proud to have the support from both national and local advocacy organizations including the ACLU, Black Lives Matter-Los Angeles, Dignity and Power Now, Community Coalition, White People 4 Black Lives and Real Justice PAC. 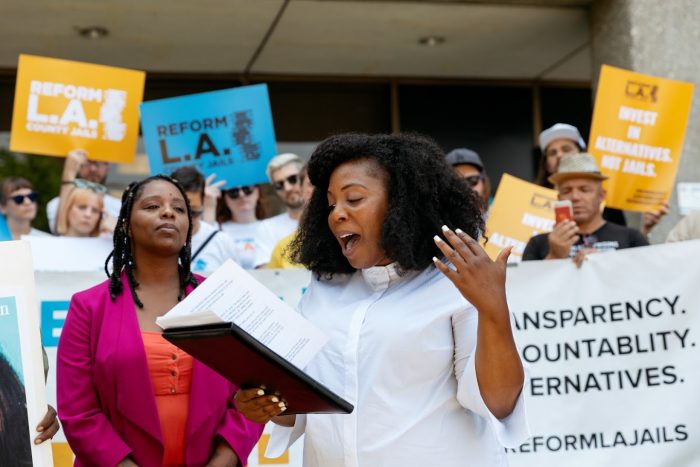 The campaign was required by law to turn in 10% of the votes cast for Governor in 2014—146,333. Over 246,000 signatures were submitted to the Los Angeles County Registrar-Recorder/County Clerk. 100,000 more than needed to qualify for the ballot.

Once the signatures are certified by the Los Angeles County Registrar-Recorder/County Clerk, the Board of Supervisors must do one of three things:

For more information about the ballot initiative, including full language of the proposed law, please visit www.ReformLAJails.com.