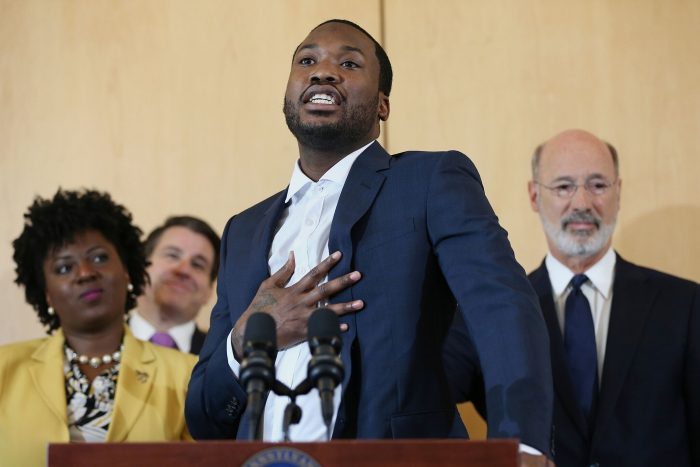 Rapper Meek Mill sat down with NBC’s Lester Holt to talk about his experiences in the criminal justice system for a Dateline interview that will air on Sunday, May 6.

TMZ.com reported that Judge Genece Brinkley amended the order regarding Mill’s bail conditions, “and he now has approval to travel outside of Pennsylvania’s Montgomery County for scheduled business activities.”

According to TMZ.com, “The amended order also gives Meek approval to live in Montgomery Co. The original bail conditions required him to live in neighboring Philadelphia County. Meek still has to submit to at least one urine test per month.”

After being sentenced for violating probation and spending almost five months in prison, Philadelphia rapper Meek Mill was released on April 24.

The Pennsylvania Supreme Court ordered an immediate release for Mill, whose real name is Robert Rihmeek Williams, and also instructed the judge in his case to assign an “unsecured bail.”

On Twitter, Mill thanked God, his family and his public advocates for their love, support and encouragement.

“While the past five months have been a nightmare, the prayers, visits, calls, letters and rallies have helped me stay positive,” Mill tweeted.

Mill added that he planned, “to work closely with my legal team to overturn this unwarranted conviction and look forward to reuniting with my family and resuming my music career.”

Mill was given a two- to four-year prison sentence in November 2017 for violating his probation stemming from a 2008 gun and drug case.

According to Pitchfork.com, when Judge Genece E. Brinkley sentenced Mill, she “cited a failed drug test, violation of court-ordered travel restrictions, and two misdemeanor arrests: for reckless driving involving a motorcycle in Manhattan and for an alleged altercation at the St. Louis airport.”

Pitchfork.com also reported that, “Charges in the New York case are set to be scrubbed from Meek’s record in April, if he avoids further violations; the St. Louis charge was reportedly dropped. Regardless, she gave him the two- to four-year sentence.”

Mill’s case garnered the attention of civil rights activists across the nation, and was cited as an example of a broken criminal justice system. Celebrities including Jay-Z, Colin Kaepernick, T.I. and New England Patriots owner Robert Kraft also took interest in the case.

On the same day he was released, Mill was spotted at the Philadelphia 76ers playoff game against the Miami Heat. Mill sat next to comedian Kevin Hart and 76ers co-owner Michael Rubin, another supporter. The 76ers won the game, which marked the team’s first playoff series win since 2012.

“We applaud the Pennsylvania Supreme Court for directing Judge Genece Brinkley to immediately release Meek Mill from prison, underscoring what we already knew, he did not deserve to be imprisoned in the first place,” stated Rashad Robinson, the executive director of Color of Change. “This decision sets an important precedent against the unjust jailing of so many Black and Brown people for petty probation violations.”

Robinson noted that thousands of people are illegally detained in Philadelphia jails on unjust probation and parole violations every day without a hearing or the possibility of posting bail.

“Together with money bail, probation detainers are one of the largest drivers of mass incarceration,” Robinson said. “With the Pennsylvania Supreme Court decision, we proved that when our communities hold those in power accountable, we can expose our racist criminal justice system and stop its disproportionate impact on the lives of Black people.” 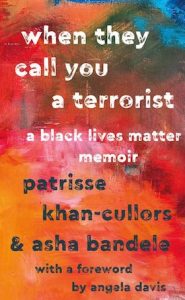