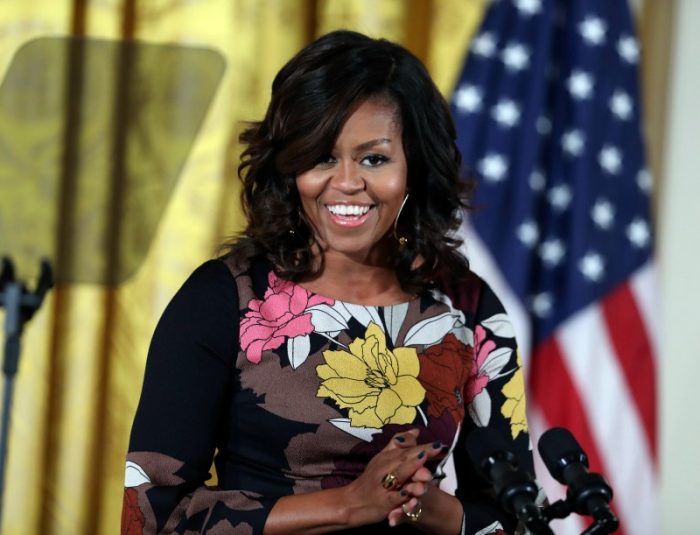 First lady Michelle Obama speaks as she welcome community leaders from across the country to celebrate the successes and share best practices to continue the work of the Mayor’s Challenge to End Veterans’ Homelessness East Room of the White House complex in Washington, Monday, Nov. 14, 2016. (AP Photo/Manuel Balce Ceneta)

The director of a West Virginia development group and a mayor are under scrutiny after a racist post about first lady Michelle Obama caused a backlash and prompted calls on social media for both women to be fired.

Clay County Development Corp. director Pamela Ramsey Taylor made the post following Donald Trump’s election as president, saying: “It will be refreshing to have a classy, beautiful, dignified First Lady in the White House. I’m tired of seeing a Ape in heels.”

The post, first reported by WSAZ-TV, was shared hundreds of times on social media before it was deleted.

The Facebook pages of Taylor and Whaling couldn’t be found Monday. A call to the Clay County Development Corp. went unanswered and Whaling didn’t immediately return a telephone message.

An online petition seeks to remove Whaling and Taylor. The nonprofit development group provides services to elderly and low-income residents in Clay County. It is funded through state and federal grants and local fees.

It is not affiliated with the town of Clay, which is about 50 miles east of Charleston.

African-Americans make up about 4 percent of West Virginia’s 1.8 million residents, according to the U.S. Census.

About 77 percent of Clay County residents supported Trump in the Nov. 8 election. In 2012, President Barack Obama received 31 percent of the county vote when Republican Mitt Romney easily carried the state.

A message left for the West Virginia chapter of the National Association for the Advancement of Colored People wasn’t immediately returned.

The town council has a previously scheduled meeting Tuesday.

Last week in Kentucky, Republican Dan Johnson defeated incumbent Democrat Linda Belcher in Bullitt County despite a series of Facebook posts that depicted Barack Obama and his wife as monkeys. Republican officials, including likely new House Speaker Jeff Hoover, had called on Johnson to drop out of the race. But Hoover declared last week that Johnson would be “welcome in our caucus.” 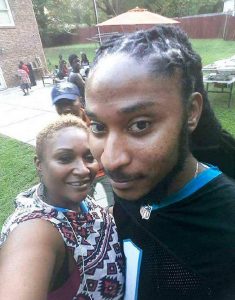