In the classic movie film, Gone with the Wind, the owner of the Tara plantation admonished his daughter for remarking that she didn’t care about her home. In a sharp rebuke, Gerald O-Hara declared that “land was the only thing worth living for, worth fighting for…worth dying for.”
For the fictional O’Hara family, Tara was their home, and the source of the family’s wealth.  Fast forward to the 21st Century, having a home remains a rock-solid route to building wealth that grows and becomes a key opportunity to share that same wealth inter-generationally.
Unless you are among those who have been denied your own American Dream.
New research by the Center for Responsible Lending finds that today’s racial wealth gaps were supported and sustained by the federal government’s Fair Housing Administration (FHA). From the program’s inception during the 1930s, FHA perpetuated racial discrimination by making mortgage credit broadly available to white borrowers and at the same time, excluding Blacks and other people of color.
More importantly, FHA has an important role to play in leveling today’s mortgage finance field and its two-tiered system.
“These homeownership rate disparities did not occur by chance,” argue Peter Smith and Melissa Stegman, authors of Repairing a two-tiered system: The critical but complex role of FHA. “The homeownership rate gap between Whites and people of color is in large part due to historic federal housing policy choices that created decades-long impacts.”
CRL, however, credits FHA mortgage lending as an important aid to the nation’s economic recovery following the Great Recession. As much of private mortgage lending retreated during the housing crisis, FHA increased its purchase market share to 42 percent in 2009. Prior to that economic crisis, FHA’s market share was only 8.8 percent of the market.
FHA also sustained the mortgage market and provided broad liquidity for wealthier borrowers in addition to low-to-moderate income families. FHA’s refinancing of toxic subprime loans saved many family homes from foreclosure and became a sustainable alternative.
Today, with much of the mortgage market recovered, unnecessarily tight and expensive credit in the conventional mortgage market often makes FHA the only option to finance homeownership for low- to moderate-income borrowers, lower-wealth borrowers, and borrowers of color. This single-option also means that borrowers broadly denied the lower-cost, most-affordable private loans available, have a slower rate of home appreciation due to fees and insurance that accompany government-backed loans.
CRL’s analysis of mortgage data from 2004 to 2016 found that:
It is important to note that the withdrawal of banks leaving the FHA insured program, comes at a time of record profits, made possible in large by taxpayer dollars that provided a financial bailout of failing financial institutions, during the housing collapse.
These lenders exit the program at a time when it is inadequately funded and lacks up-to-date technology that could enhance its administrative functions. Further, the exit of large banks additionally became a gateway for non-depository institutions to fill the market’s gap. Nonbanks, subject to fair lending protections, are not however included in the Community Reinvestment Act. Many of the financial abuses that led to the housing crisis began with unregulated and nonbank lenders.
Many lenders will argue that the retreat from FHA was caused by actions taken by the Department of Housing and Urban Development and the Department of Justice under the False Claims Act. This federal law allows the government to hold companies accountable for making “false claims” to the government about their products or services. Beyond being assessed damages for infractions, enforcement of the law can additionally include a company or representative being banned from future federal funds or contracts.
State attorneys general would counter this lender claim by pointing to the $25 billion national mortgage settlement reached with five of the nation’s largest mortgage servicers as evidence that lenders engaged in egregious conduct in clear violation of the law.
The significance of major banks withdrawing from the mortgage market is further underscored by other findings shared in a related report by the National Fair Housing Alliance (NFHA):
Commenting on these findings, Lisa Rice, NFHA President and CEO said, “As the 2018 Trends Report shows, we must put an end to the many institutionalized barriers that prevent too many families in this country from fair access to housing. We cannot build a thriving society as long as our nation is plagued by discrimination, segregation, and severe economic inequality.”
“In the year that marks a half century of the Fair Housing Act,” noted Mike Calhoun, CRL President, “it is appropriate to acknowledge the journey traveled in five decades. But also, a look ahead to the hundreds of miles yet to travel before fair housing is a reality for all.”
ADVERTISEMENT
ADVERTISEMENT
Categories: Business | Charlene Crowell | News (Business) | Opinion
Tags: Center for Responsible Lending | CRL | Department of Housing and Urban Development | Fair Housing Administration | Gerald O-Hara | Gone with the Wind | Great Recession | Lisa Rice | Melissa Stegman | Mike Calhoun | National Fair Housing Alliance | Peter Smith | Repairing a two-tiered system: The critical but complex role of FHA 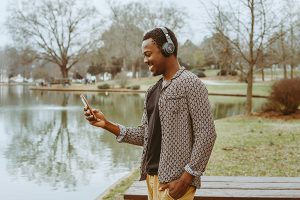 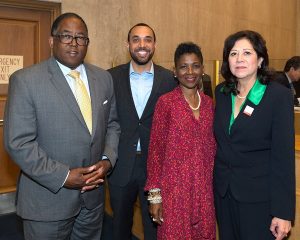