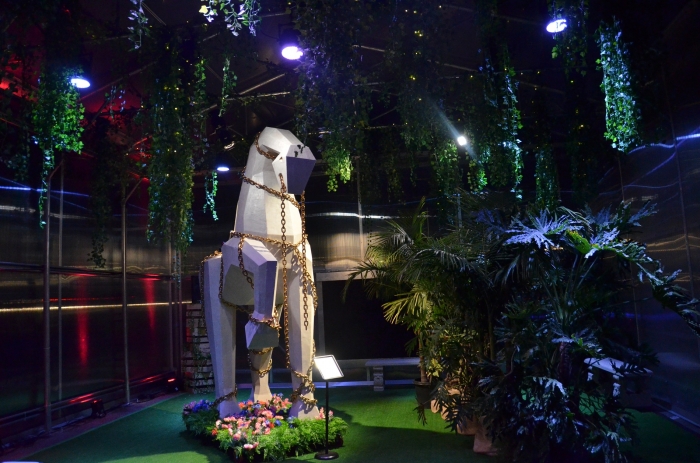 Damon Davis created “The Boy and the Horse” for Proximity (Amanda Scurlock/L.A. Sentinel)

If you drove down Martin Luther King boulevard towards the Baldwin Hills Mall, you might have noticed a greenhouse was erected in the lot in front of the Kaiser Permanente.

The greenhouse structure was called Proximity, which was created in partnership with the organizations Trap Heals and Represent Justice. Proximity is an activation that promotes criminal justice reform, built to encourage people to see the movie “Just Mercy” in theatres.

The events planned at Proximity were meant to galvanize attendees and the greater Los Angeles community. Panels on immigration, the cannabis industry, ownership, yoga sessions and pop-up concerts where some of the many events that took place.

“My desire as a cultural architect is to put everybody in the same place together,” said Damon Turner, the founder and CEO of Trap Heals. “It’s been a lot of really dope programming.” 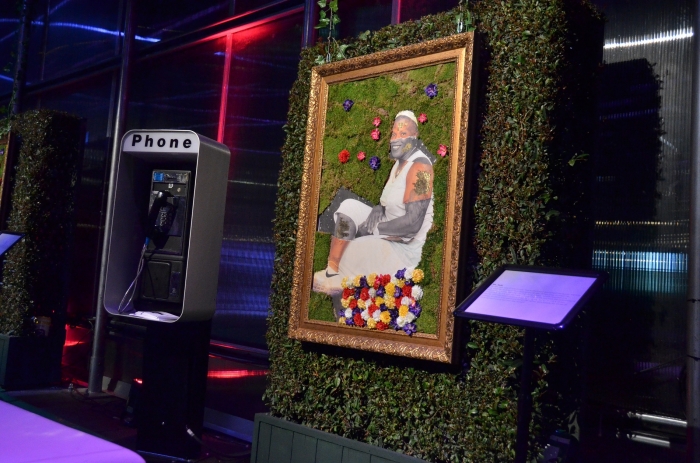 Proximity featured the stories of four people who are incarcerated (Amanda Scurlock/L.A. Sentinel)

Turner is also one of the original members of the Black Lives Matter organization.

Vines, leaves and flowers adorned the greenhouse along with art pieces by Damon Davis, the co-host of Damon + Damon: a Podcast.

One piece of his artwork was called “The Boy and the Horse,” which is part of his collection called “Darker Gods.” Davis created deities for minorities with a hope that it will help improve their views on themselves.

In honor of the movie “Just Mercy” Davis profiled four people who are incarcerated through his artwork. 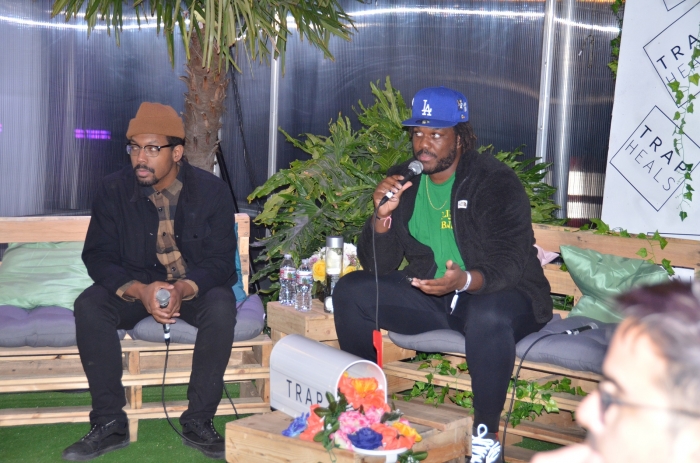 Each portrait was patched together in black and white and in color with parts of them painted in gold, they were surrounded in moss and flowers inside an ornate gold picture frame. The gold paint symbolized worth and the moss represents growth. Black and white portrait reminds Davis of mug shots.

“That mug shot is a signifier of what they did, but not who they are,” Davis said. “So, I wanted to take them apart and show the layers underneath, that color and that vibrance that makes them whole human beings.”

Along with the portraits were pay phones provided the Leimert Phone Company; on the phones, people could hear the story of the incarcerated individual and messages from their loved ones. They also heard about methods to connect to the individuals. Co-founder of Initiate Justice Richard ‘Reseda’ Edmond-Vargas, connected the four incarcerated people toTurner and others who helped create the Proximity greenhouse.

The concept of the four people sharing their stories came from the theme of reaching out to people who are incarcerated from the movie “Just Mercy,” according to Turner.

To learn more about the Proximity activation and four individuals featured in the artwork, visit https://proximityis.care/ 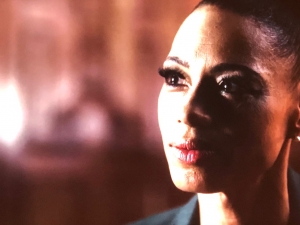