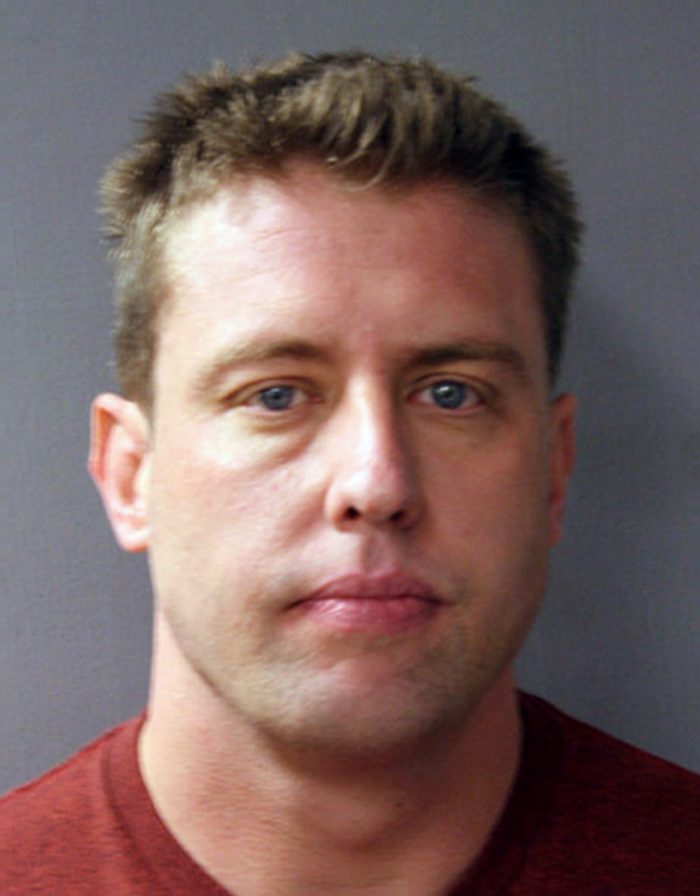 This undated file photo provided by the St. Louis Police Department, shows former St. Louis police officer Jason Stockley, who was charged in May 2016 in the Dec. 20, 2011, death of 24-year-old Anthony Lamar Smith, a black man who was a drug suspect and was shot and killed after a high-speed chase. Videos obtained by the St. Louis Post-Dispatch provide new insight into a fatal shooting that led to first-degree murder charges against Stockley, who was carrying a personal assault rifle against police policy. (St. Louis Police Department via AP, File)

Nationwide marches and protests broke out this past weekend after a Missouri City judge ruled now-former police officer, Jason Stockley, not guilty of first-degree murder for the 2011 shooting death of Black motorist, Anthony Lamar Smith. 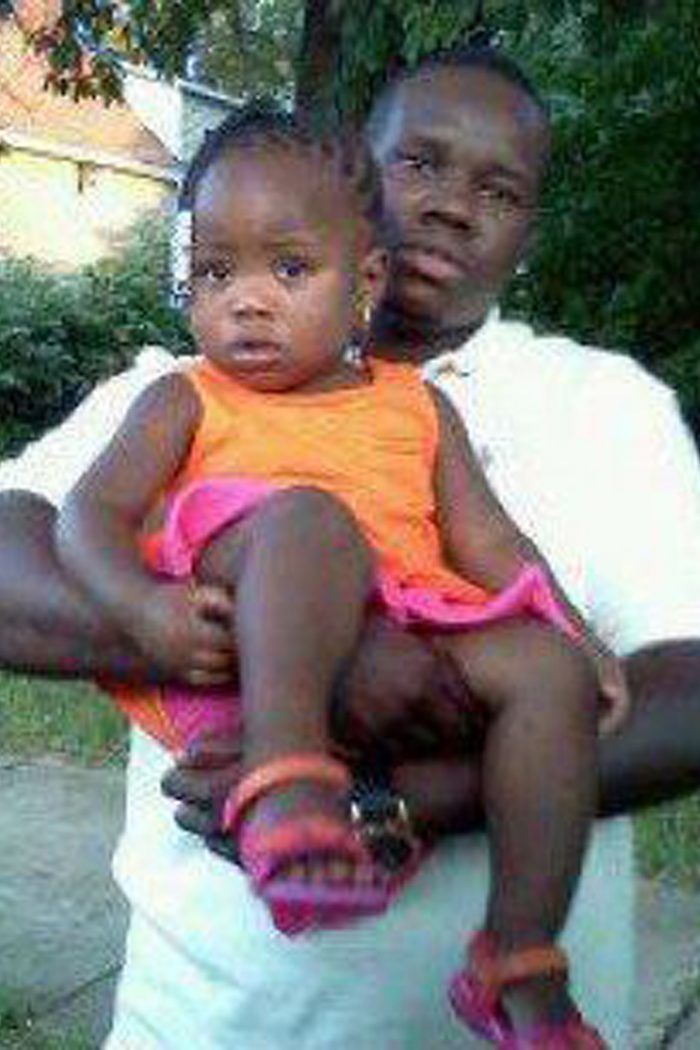 This undated family photo supplied by Christina Wilson shows Anthony Lamar Smith holding his daughter Autumn Smith. Anthony Lamar Smith was killed in 2011 during a confrontation with police. A judge may be close to a ruling in the case against Former St. Louis police officer Jason Stockley, who is charged with first-degree murder and armed criminal action in the December 2011 shooting death of Smith. Gov. Eric Greitens says he’s has put the National Guard on standby in case unrest breaks out. (Family photo courtesy Christina Wilson via AP)

On December 20, 2011, Stockley attempted to pull over Smith for a suspected drug transaction. Smith refused to stop resulting in a high-speed chase. During the chase, the police car crashed. Soon after, Stockley proceeded to get out of his vehicle armed with an AK-47, walked up to Smith’s vehicle firing five times at point blank range.

When it came time for the case to go to trial, Stockley pleaded not guilty to the charges, waived his right to jury trial and instead stood before a judge. He claimed he acted in self-defense and believed Smith, 24 was reaching for a weapon in the car. 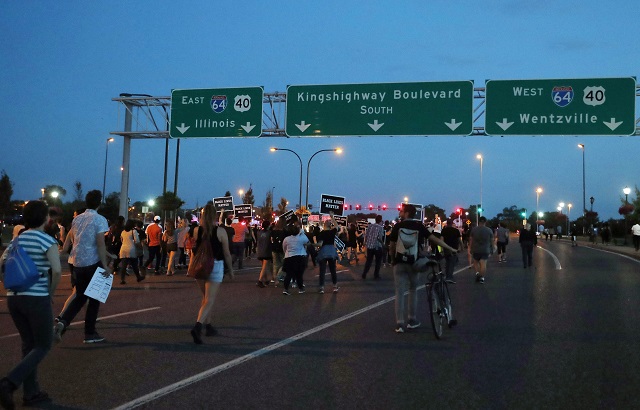 Protesters march down, Friday, Sept. 15, 2017, in downtown St. Louis, after a judge found a white former St. Louis police officer, Jason Stockley, not guilty of first-degree murder in the death of a black man, Anthony Lamar Smith, who was fatally shot following a high-speed chase in 2011. (AP Photo/Jeff Roberson)

According to witnesses, Smith did not have a weapon.

However, prosecutors have accused Stockley of justifying the shooting by planting a gun in Smith’s car. To support their claim, prosecutors pointed out Stockley’s DNA was found on the gun, not Smith’s. 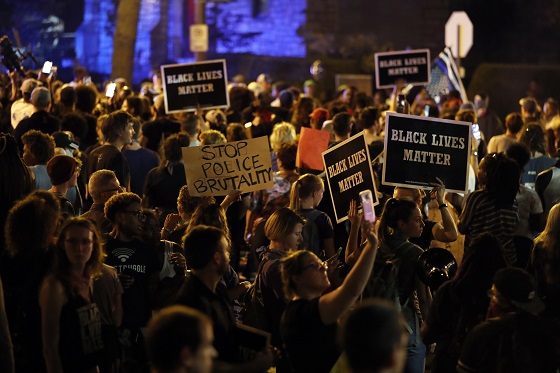 The news left community members enraged, disappointed, and confused resulting in numerous people coming out for a peaceful protest on Friday, September 15.

Entertainer and business mogul, Nick Cannon, known for the MTV show, “Wildin Out,” was among the many protesters in St. Louis. Cannon marched wearing a Colin Kaepernick jersey supporting the former 49ers quarterback. 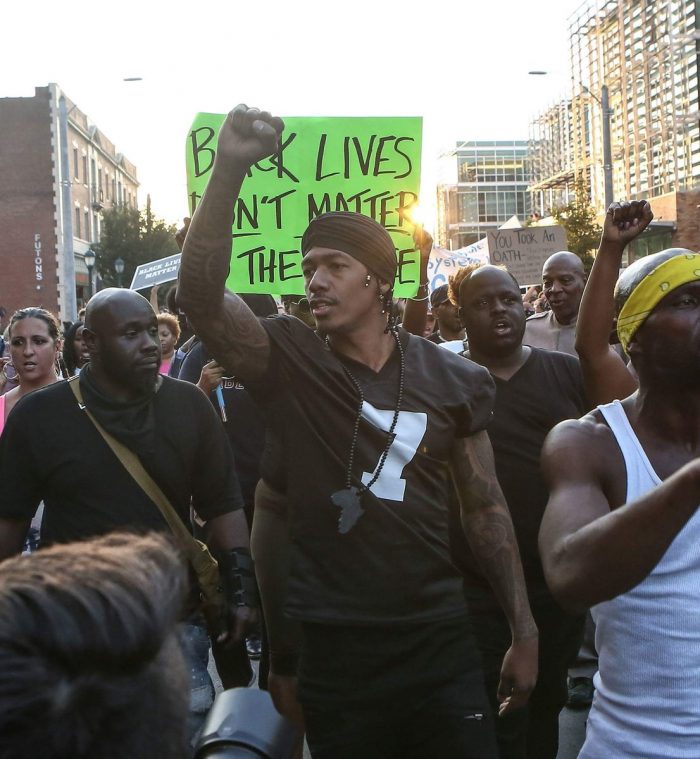 Later that night, things took a turn for worse, as a new crowd of violent protesters emerged and law enforcement was forced to use tear gas to break up the crowd. Since the announcement of the acquittal, St. Louis has experienced two unruly nights of violent protests. Dozens of windows were broken at businesses, objects were thrown at officers, and rocks were thrown at St. Louis Mayor Lyda Krewson’s home.

Police ordered the crowd to disperse, stating the protest was unlawful but the crowd refused. Hundreds of officers in riot gear moved in with armored vehicles.

Since Stockley’s acquittal, nearly three-dozen people were arrested and 11 police officers were injured, including a broken jaw and dislocated shoulder. According to Associated Press, five officers were taken to hospitals. 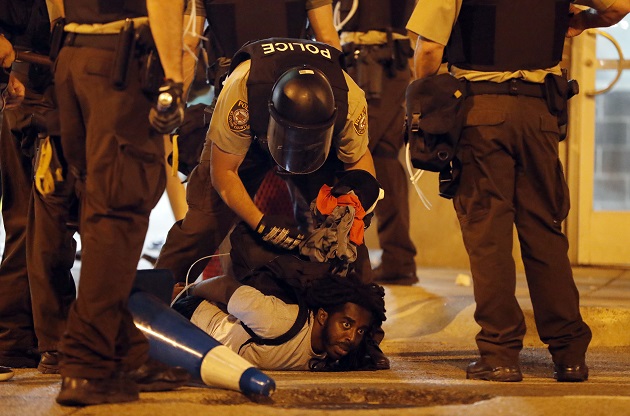 Police arrest a man as demonstrators march in response to a not guilty verdict in the trial of former St. Louis police officer Jason Stockley, Sunday, Sept. 17, 2017, in St. Louis. Stockley was acquitted in the 2011 killing of a black man following a high-speed chase. (AP Photo/Jeff Roberson)

As of press time, the Smith family has not released a statement. 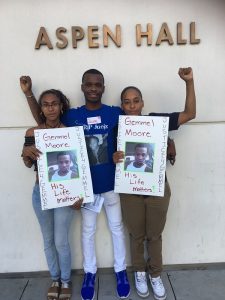