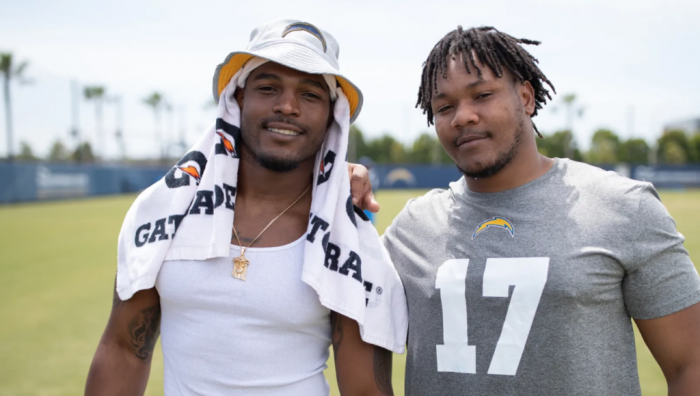 Jerimiah Spicer, a Los Angeles native, has dedicated his life manifesting his dreams of playing in the NFL, a reality. The 29-year-old has overcome his fair share of adversity from experiencing multiple bouts of homelessness and the loss of his grandmother, who was his only stable parental figure. He has continued to defy the odds and bet on himself while he navigates the cut-throat world of being a professional football player.

“It puts a chip on your shoulder,” started Spicer. “You have the one percent that says I’m not giving up no matter what. I don’t care if I’m sleeping in my car or sleeping in the park and that’s me.”

Spicer was born in Skid Row, a neighborhood in Downtown Los Angeles overrun with homelessness, drugs and mental illness. His mother was living on the streets and unable to care for him due to her drug use that ultimately led to her death in 2010. His father was never in the picture.

“The adversity I went through growing up on Skid Row, sleeping in shelters, abandoned apartments shaped my childhood and earliest memories,” recalled Spicer.

His older brother and younger sister were all born into similar circumstances and experienced abandonment. When Spicer was three years old, he was found in a trash can and sent to live in an orphanage before being turned over to Child Protective Service. 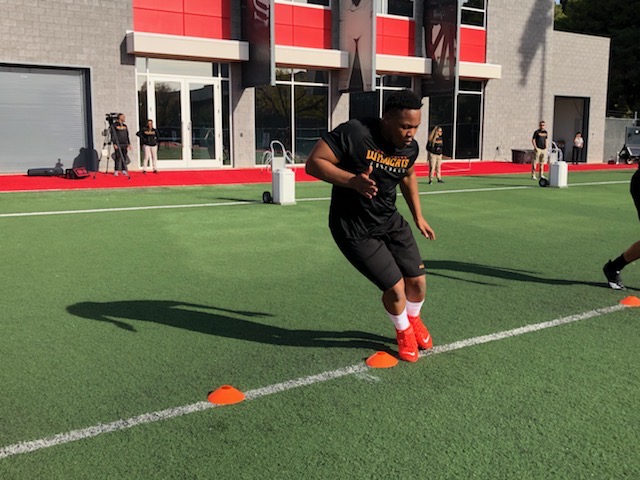 At that point, Spicer’s grandmother took him and his sister in and cared for them. Spicer attended eight different high schools because adversity was never far behind. He found himself back on the streets when his grandmother passed away in 2008.

Along the way, Spicer found the game of football as an escape from his reality.

“Football became my family, a lot of players and coaches,” said Spicer. “It gave me what I’ve been looking for my whole life, a whole family.”

Spicer graduated from high school and enrolled in Riverside Community College where he played linebacker for the school. He ultimately went on to play at Bethesda University.

The next stop was the American Arena League based in North Carolina, where he played for the Cape Fear Heroes and led the league in tackles. His play on the field earned him a spot on the league’s All-Arena First Team and his first NFL opportunity, a tryout with the Cleveland Browns.

Though nothing materialized from Spicer’s workout, it inspired him to continue fighting for a spot in the NFL. When the Rams first moved to Los Angeles from St. Louis in 2016, he drove to Oxnard where the team was hosting closed workouts with DVDs of his film in hand.

“It’s just the drive knowing that nobody is going to help you if you don’t help yourself,” Spicer exclaimed. “When you’re in the streets and you’re starving you can’t have any doubts that you’re going to eat.”

With that mindset, Spicer received an invite to tryout for the L.A. Chargers. He has come close many times, which he insists only furthers his belief that it will come to fruition. 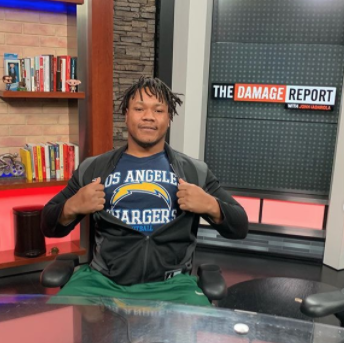 The XFL was the latest professional football league that had garnered a good amount of press and buzz even among the NFL community. It was the opportunity Spicer was searching for to put together some quality game footage to land back on the radar of NFL teams.

Spicer was drafted to the XFL’s L.A. Wildcats in the fifth round of the league draft in October.

“I was like, this is my chance and I have to take it,” he remarked.

With that, he was off to minicamp and had survived the first round of team cuts.

His fortune took a turn for the worst in December as Spicer was going through his normal daily routine. That morning he grabbed breakfast then went to physical therapy when his coach called him over and let him know that he was being waived.

“I had a great practice the day before,” Spicer said puzzled. “They did videos on me and all this stuff, so I couldn’t believe it happened.”

Once more, the wind was knocked out of him just as he was gaining ground. 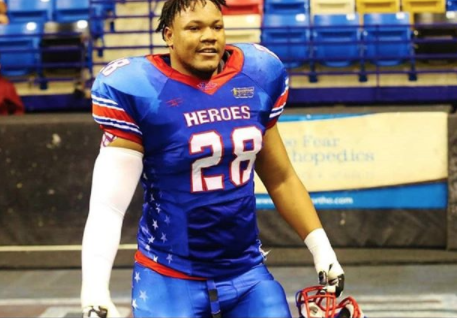 It took him two weeks to sort through all of his emotions and come up with a plan on how he was going to bounce back this time.

“I kind of went through a depression for a little bit,” he said. “I learned from my mistakes.”

Over Spicer’s career he has been to 10 different states playing arena football, he has had work outs with the Browns and Chargers, been invited to training camp with the Rams and had interest shown by other NFL franchises.

“Sometimes I only had a dollar in my pocket and a one-way plane ticket,” Spicer said. “It took me all the way until I was 28 years old to get an NFL tryout. You have to be persistent if you really want something. Not taking no for an answer, no matter what.”

How much more does Spicer have to give to the game?

“Everything I got,” he says. “No matter where you come from, don’t give up on your dreams. My grandma died, my mom died, I haven’t seen my dad in 10 years, it’s all about how bad you want it. That’s what I’ve been teaching kids. Everybody has a gift, it’s up to you to find it.”

In the meantime, while he awaits his next opportunity, Spicer is focused on giving back to kids, helping the homeless, and motivational speaking.

“It’s about finishing the race like Nipsey [Hussle] said, it’s a marathon.” 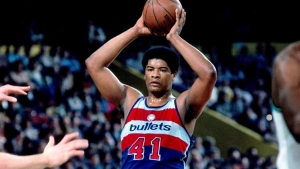 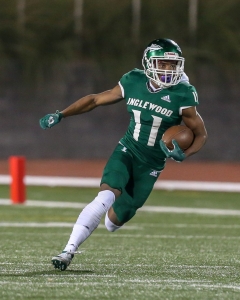 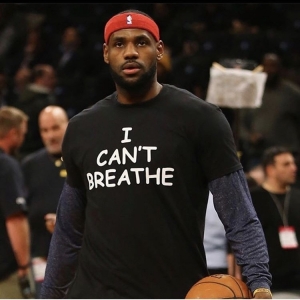 Athletes Speak Out Against Racism in Wake of George Floyd Murder 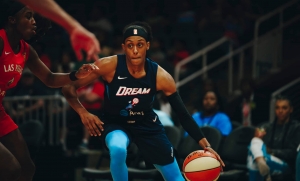 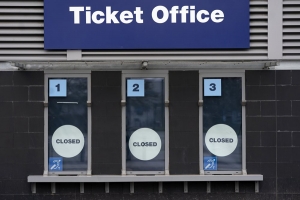