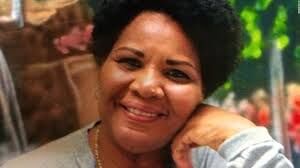 President Donald Trump is commuting the life sentence of Alice Marie Johnson, a woman convicted of drug offenses whose cause was championed by reality TV star Kim Kardashian West.

That’s according to two White House officials who say Trump commuted the 63-year old Johnson’s sentence. She has spent more than two decades behind bars and is not eligible for parole.

The move comes amid a recent flurry of pardons issued by Trump, who has seemed drawn to causes advocated by conservatives, celebrities or those who once appeared on his former reality show, “The Apprentice.”

Johnson was convicted in 1996 on eight criminal counts related to a Memphis-based cocaine trafficking operation.

Kardashian West visited the White House in May to advocate for Johnson.