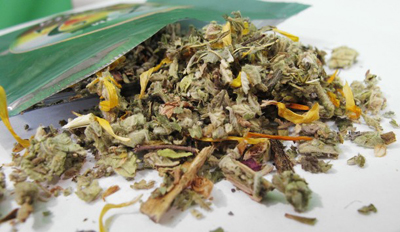 Police officers are passing out fliers informing drug users on Skid Row about the dangers of the synthetic drug Spice in the wake of two mass illness breakouts that prompted county health officials this week to warn all residents against using the illicit drug.

Police officers are passing out fliers informing drug users on Skid Row about the dangers of the synthetic drug Spice in the wake of two mass illness breakouts that prompted county health officials this week to warn all residents against using the illicit drug.

The drug is believed to be linked to incidents on Monday, when more than 20 people became ill on Skid Row, and last Friday, when nearly 50 people were sickened, according to Los Angeles Police Department’s Central Station.

Emergency crews examined 22 people Monday, initially responding to the 400 block of East Fifth Street after several people complained of feeling ill. At least 14 of them were transported for hospital treatment.

On Friday, nearly 50 people were evaluated after reporting feeling ill with drug-induced symptoms.

Investigators believe the newest version of the drug contains chemicals that make it more addictive, according to a Central Station watch commander, Sgt. F. Carrillo.

The spike in the use of Spice in that area also can be attributed to the drug’s low cost and availability, Carrillo said.

Other street names for the drug include Sexy Monkey, Black Mamba and Twilight, according to DPH.

Spice and other synthetic cannabinoids are created by spraying psychoactive chemicals onto plant material, which is then smoked or ingested.

However, DPH officials acknowledged that not much is known about what goes into making Spice and agreed that the latest illnesses may be due to someone mixing other toxic substances into the already dangerous drug.

In April, about 10 people, including a police bicycle officer, were sickened within a 24-hour span in the area of San Pedro and Fifth streets — not far from the latest two incidents — by an unknown substance or intoxicant. The bicycle officer was not a drug user but was sickened by fumes, likely some kind of aerosol spray mixture of the drug, police said.

At the time, officers assigned to the area spread the word that it appeared a drug being circulated was making people sick, but authorities didn’t figure out what caused the illnesses and no one was arrested.