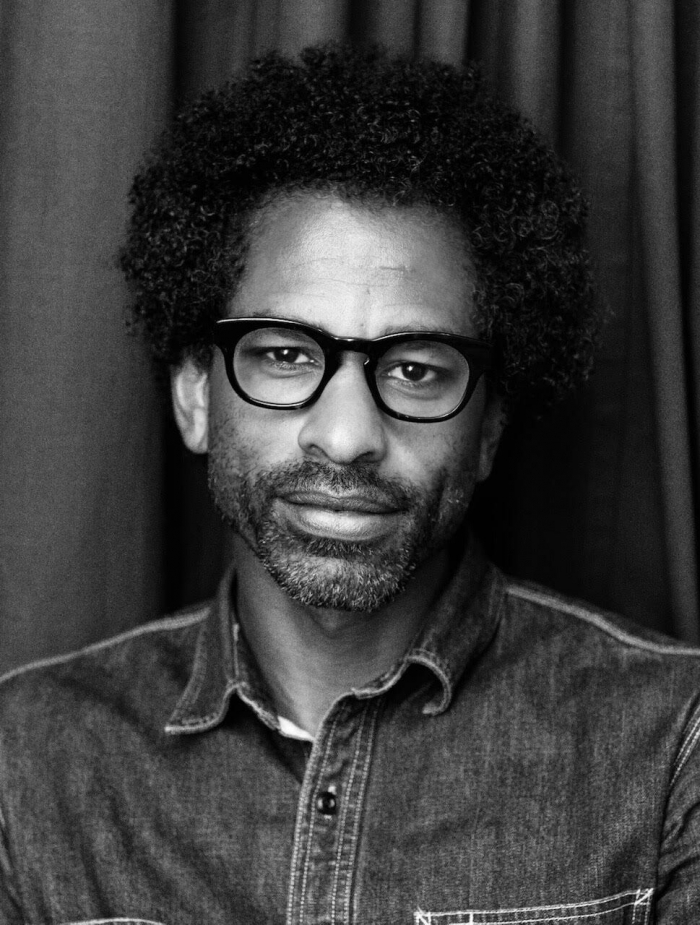 Touré was the co-host of MSNBC’s “The Cycle.” (Courtesy photo)

The 2020 Democratic debates are stirring up the political atmosphere. Millions have tuned in to witness candidates’ viewpoints. The most recent debate happened on September 12 in Houston, Texas.  But are any candidates highlighting the Black experience? That question is answered in Touré and Danielle Moodie-Mills podcast “democracy-ish.”

The podcast unravels the political landscape by offering a Black progressive perspective. Both Touré and Mills uncover the ins and outs of each democratic debate.

The Los Angeles Sentinel Newspaper spoke to Touré and Mills about the political candidates and their performances from the first two debates.

LOS ANGELES SENTINEL (LAS): The first two debates gave audiences their first chance to see candidates on stage. What surprised you the most?

DANIELLE MOODIE-MILLS: What surprised me the most was how the conversations were moderated. They were moderated in a way that pitted the progressive party with the more moderate set. I get that makes great television but it doesn’t make for a good democracy. For me, I was happy Bernie Sanders and Elizabeth Warren called into question the entire Democratic Party for not having big ideas. Those messages were laid out well with Warren when she charged at John Delaney. I thought that was a bold moment. 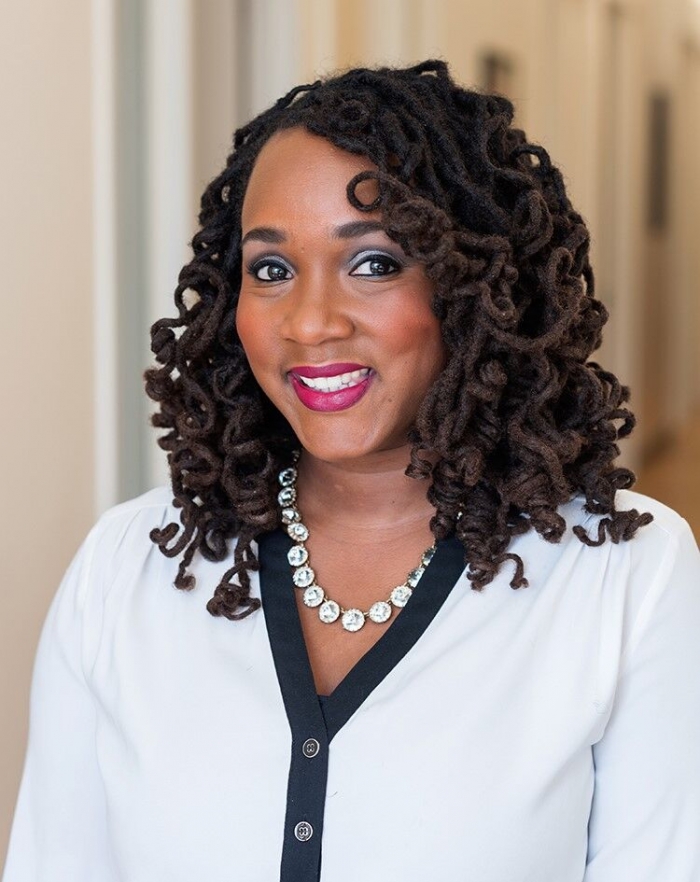 TOURÉ: Two things that stood out to me. First, was Joe Biden, he has been on and off that stage for almost 30 years and allowed the first half hour to be a commercial for Kamala Harris medical plan. He discussed her plan but didn’t turn it into a discussion on his. My second is that it didn’t really move the needle. Everyone stayed in the status quo. Biden looked lost. I thought he would’ve risen. I thought Kamala came in strong.

LAS: That brings me to my next question. Despite his critique, he still is high in the polls especially amongst Black people. Why do you feel that’s true?

TOURÉ: I think Black people are trending being more progressive on issues than White people on guns, immigration, health, and entitlements. I think Black people are getting behind Biden because he stood behind Barack for so many years. I think, as time goes on, they will see that he is not Barack; he is not the same guy.  As the game goes through longer and more people start plugging in, you’ll see that Biden was yesterday. Warren and Kamala are today.

MILLS: I agree. Inherently, Black people are more progressive than White folks. Right now, we need a candidate who is progressive and thinks big picture but also has a racial analysis to the politics they are putting into place. There are few of them that are doing that. We have to look at candidates from Black and progressive perspectives. I don’t mean just rolling out like Pete Buttigieg did with his Douglas Plan, that’s just specific to Black people. I mean having Black people in mind when you plan. I think that is something that we need to hold to these candidates. Those are the questions that have not been asked, so far in the debates. They need to answer them.

LAS: That’s a great point. Many topics, such as health care and the economy usually come from a general standpoint rather than a racial one.

MILLS: If you are talking about health care or the economy or climate change, I need you to have a racial lens. That’s because all of those issues affect Black people differently. The questions for candidates should be, how are you helping the Black community as they are moving through their day-to-day life? I still think that is quite absent from candidates at this moment. We don’t want to talk about how to beat Trump. I feel like looking at it like that is looking at life through the white gaze.  For me, it reduces it down to who’s going to say the meanest thing in the debate. 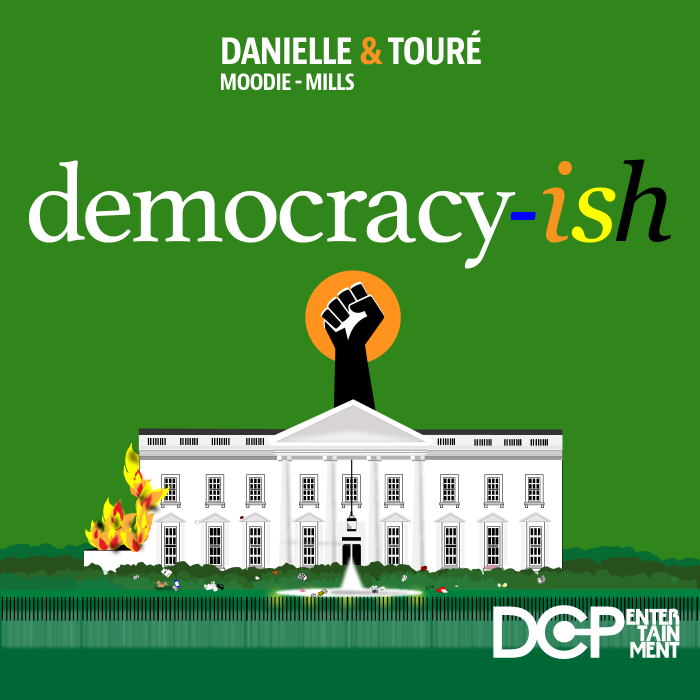 Democracy-ish unravels the latest politics with a Black progressive lens.

LAS: What do you want democrats to focus on moving forward to other debates?

TOURÉ: The biggest problem for me in Black America is the war on drugs and mass incarceration as the cousin of that. Because those problems lead to the constellations of other problems, like over policing and people having hard times getting into work force because they have a felony. Those felonies also impact their public housing. I want candidates to talk about pulling back the troops and over militarizing our community. The war on drugs has had more harmful impacts on Black and Brown communities than the drugs themselves.

MILLS: I would also add, we need to have a climate change discussion as it relates to low-income and people of color. When we think about low-lying areas and where people live, historically it has been Black and Brown people who have lived there. Those areas were inhabitable at one point, but they were given faulty loans to homes that are going to be destroyed. There are people living in areas that have been polluted purposely. It’s always interesting to me on when we have conversations about climate change, that we never talk about who is most adversely affected by climate change. I think the candidate that I vote for will be able to see the full picture on how this all affects us and builds plans that readily addresses it.

The “democracy-ish” podcast is available for download on any podcast platform including Apple Podcast, Google, and Spotify. 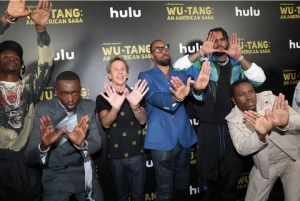 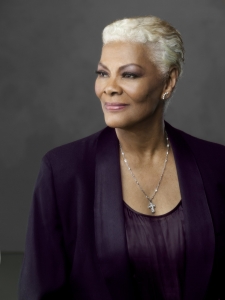 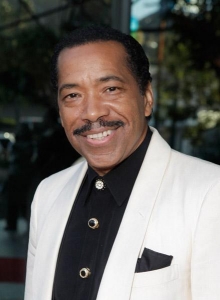