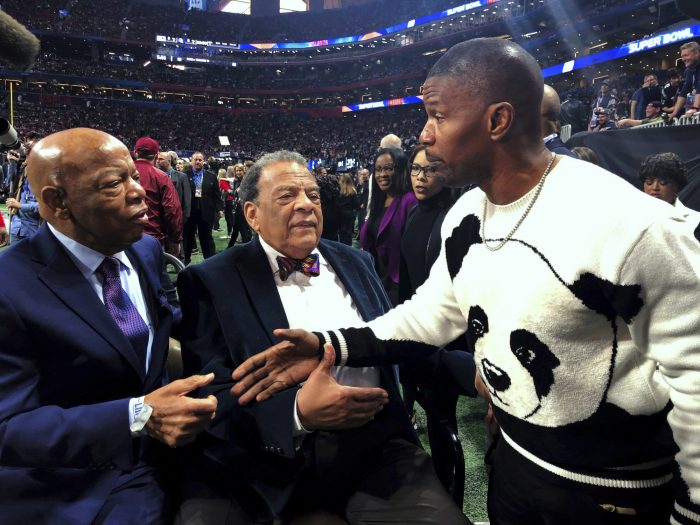 After taking pictures with them, Foxx shook Lewis and Young’s hand then told them they inspire him. Lewis and Young were sitting in the back of the golf cart while Dr. Martin Luther King Jr.’s youngest daughter Bernice King sat in the front.

Beforehand, Foxx strolled down the sideline and took videos of the crowd at the Mercedes-Benz Stadium as many chanted his name before the New England Patriots faced the Los Angeles Rams in Atlanta on Sunday. The Oscar-winning actor said he is a longtime fan of the Dallas Cowboys, but he is rooting for the Patriots.

“I’m going with Tom Brady today,” Foxx said. “I think he’s going to pull it off.” 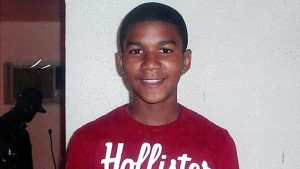 Photo of the Day: Sybrina Fulton Remembers Her Son Trayvon Martin on his 24... 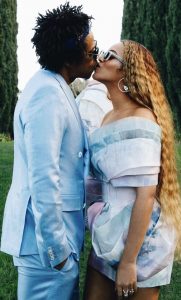 Photo of the Day: Jay Z and Beyonce Give us Black Grammy Love 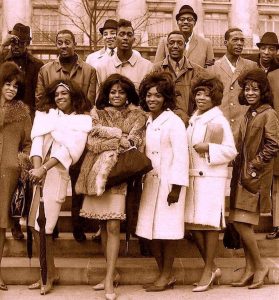 The Supremes, Martha and the Vandellas, The Temptations, and Smokey Robinso... 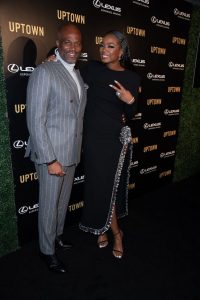 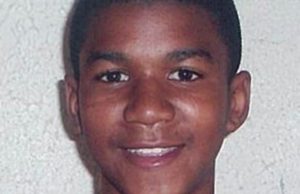 PHOTO of the DAY: Today Marks 7 Years Since the Racially Profiled Murder of...