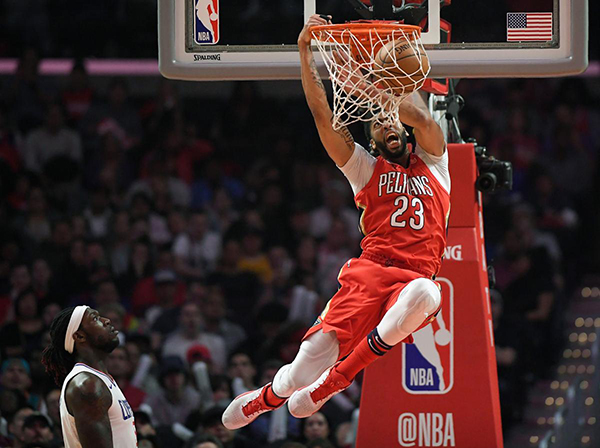 The New Orleans Pelicans knew what was up for grabs Monday night against Los Angeles, as the only thing that stood in their way of clinching a second playoff appearance in seven years was a Clippers unit that looked to play spoilers following their own elimination Saturday afternoon.

Anthony Davis needed no extra motivation in a game that saw him pour in 28 points, six rebounds and five blocks before 15,742 fans at Staples Center, as he slammed home a lob-pass off the backboard from Rajon Rondo as the crowd erupted in the third quarter with the game already being out of reach.

The injury-rattled Clippers fought hard and played only for prides sake against New Orleans Monday night, but that simply was not enough, as the Pelicans went on to defeat Los Angeles 113-100, securing a spot in the playoffs for the first time in three-years.

“It wasn’t just our goal to get here, but to make some noise.“

The Pelicans certainly have made some noise as of late, being winners of four-consecutive games and now have positioned themselves as one of five teams in the pack for the No. 4 seed in the Western Conference.

New Orleans star center Demarcus Cousins season came to an end Jan. 28 after sustaining a season-ending Achilles injury, as many thought that would be the end for New Orleans playoff hopes.

However, Davis and the Pelicans knew everyone would have to pick up their play and take it to another level.

“When he went down, everybody on the team just picked it up,” added Davis.

Head coach Alvin Gentry knew that as well, but believed that his 25 year-old Superstar Power Forward would be enough to carry the burden of what his team lacked.

“Anthony has taken this team and put it on his back,” Gentry said. “If we could have had a better record his name would definitely be in the MVP conversation.”

Pelicans forward Nikola Mirotic had 24 points and 16 rebounds, while guards E’Twaun Moore and Ian Clark chipped in with 19 and 13 points each, respectively. 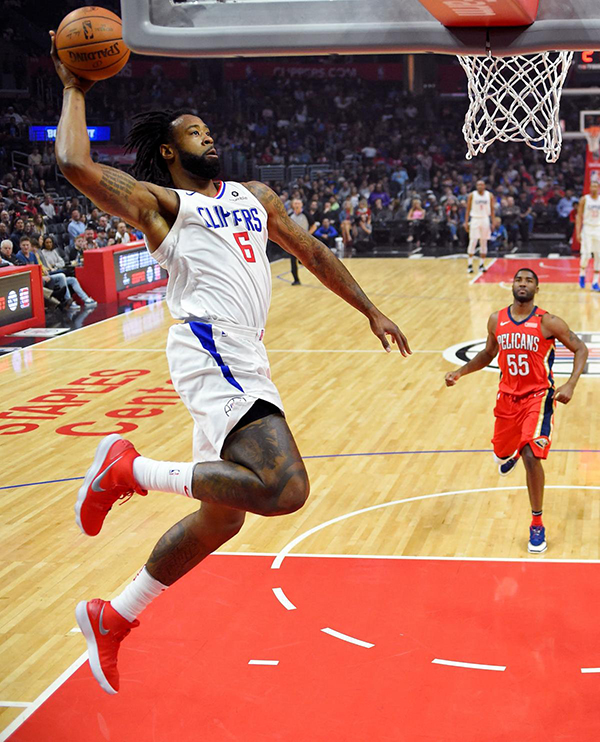 Los Angeles’s two leading scorers on the night both came off the bench and neither of their names were Lou Williams, as he sat out because of a right ankle sprain.

Instead, the Clippers were led by rookie Sindarius Thornwell who boasted a career-high 20 points on nine-for-14 shooting, while Montrezl Harrell flirted with a triple-double adding 15 points, eight rebounds and six assists.

“I was just being aggressive,” Thornwell said. “It was a moment thing, attacking the rim. My shot was getting blocked all night. I didn’t want my shot to get blocked.”

For good measure, Los Angeles did outscore New Orleans 29-20 in the fourth quarter, to make the final score 113-100 still in favor of the Pelicans, as the scoreboard made the game seem closer than it actually was.

With a year full of injuries and a blockbuster trade that sent former Clippers star Blake Griffin away to the Detroit Pistons, Gentry took a moment to compliment Rivers coaching duties.

“Me personally, I told Doc that this is one of his best coaching jobs. Through everything that has happened and everything that has gone on with the injuries and losing two of the franchises best players the team has ever had [Chris Paul and Blake Griffin], and to be able to stay in the playoff race all the way up until the last two games of the season… I just think he’s done a great, great job.”

The Clippers host the Lakers on Wednesday night in both teams’ season finale, while the Pelicans will take on the Spurs Wednesday night as well, as both the latter teams have a chance to secure home court advantage in the playoffs with a win.