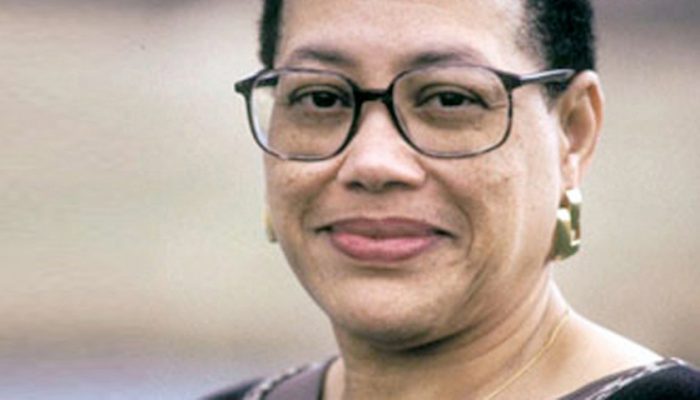 Charlene Crowell is a communications manager with the Center for Responsible Lending. She can be reached at Charlene.crowell@responsiblelending.org.

Nearly eight years ago, lawmakers in the United States Congress fought for and won a number of reforms that would help ensure that everyone would play by the same financial rules. The promise to the nation was that the days of ignoring the long-term health of the national economy, as an excuse to justify lucrative and short-term profits, were over. The Dodd-Frank Wall Street Reform and Consumer Protection Act gave guardrails to lenders and consumers alike.

Charged to keep that vow was the Consumer Financial Protection Bureau (CFPB). Serving as the nation’s financial cop-on-the-beat, CFPB worked to bring fairness and balance to the marketplace. So much so that 29 million consumers received nearly $12 billion in restitution from illegal and deceptive practices in its first years of operation.

Lately, however, changes in Washington have wrought a different attitude; one that sees rules and regulations designed to protect people, as unnecessary nuisances that bother businesses trying to make a buck—even if it isn’t an honest one.

Want an example? Consider the payday lending industry and its multi-pronged efforts to oppose reasonable regulation. Three recent developments unmask a determination that is as deceitful as the little loans it sells that set up deep debt traps for borrowers.

On March 22, South Carolina Senator Lindsay Graham introduced a Congressional Review Act resolution, S.J. Res. 56, to repeal the CFPB’s payday lending rule and prohibit the CFPB from doing something substantially the same in the future. An identical action was introduced earlier in the House of Representatives. These measures await action in both chambers.

Then, on April 9, and under the joint auspices of two payday lending lobbyists, the Community Financial Services Association of America (CFSA) and the Consumer Service Alliance of Texas, a lawsuit was filed that alleges the CFPB is “unconstitutional.” The suit also takes aim at the same payday and small-dollar loan rule set to take effect in August of next year.

According to the lawsuit, “The Final Rule rests on unfounded presumptions of harm and misperceptions about consumer behavior and was motivated by a deeply paternalistic view that consumers cannot be trusted with the freedom to make their own financial decisions.”

Reactions from civil rights and consumer advocates clearly indicated they weren’t buying that bit of swampland.

“It’s no surprise that predatory payday lenders are behind litigation like this,” said Hilary O. Shelton, the NAACP Washington bureau director and senior vice president for policy and advocacy. “With little accountability for their actions, predatory payday lenders have long preyed upon communities of color, draining them of their hard-earned savings, and with their debt trapping practices, our economic futures. This CFPB rule establishes a much-needed set of transparent responsibilities for lenders and basic rights and protections for borrowers.”

“At a time when many Americans are living paycheck to paycheck while financial institutions are making record profits, we need stronger protections for consumers against unscrupulous financial practices,” said Marisabel Torres, a senior policy analyst on issues related to Latino financial engagement and homeownership for UnidosUS.

Torres said that the payday industry is proving once again that they are focused on lining their pockets, not on the devastating financial harm their products cause.

Torres continued: “The CFPB’s payday rule has support from the Latino community, who are far too often targeted and exploited by predatory payday lenders, and we oppose attempts by the industry to impede the rule’s swift implementation.”

Two days later in an appearance before the House Committee on Financial Services, Mick Mulvaney, the CFPB’s illegally-appointed Acting Director made clear that a different director was in charge.

“The Bureau’s new strategic priorities are to recognize free markets and consumer choice and to take a prudent, consistent, and humble approach to enforcing the law,” said Mulvaney.

CFPB’s current mission statement, which changed under Mulvaney, shirks away from enforcement and instead will emphasize ways “to educate and empower consumers to make better informed financial decisions.”

Pardon me, but if I’ve been financially snookered by a lender who promised one thing and delivered something entirely different. A “humble approach” to legal enforcement would not be in my best interests. Most consumers—me included—would want full financial justice that held those who violate laws and rules accountable.

A bicameral group of 43 lawmakers told Mulvaney pretty much the same thing in a letter they sent to him on March 27.

Misleading promises are a key part of payday lending’s deceit. Add triple-digit interest rates to that deceit and it becomes nearly impossible for consumers of modest financial means to repay the typical two-week loan. Months, if not years later, loan fees wind up costing far more than the actual principal borrowed.

“The CFPB payday and car title lending rule is designed to help ensure that lenders only make loans borrowers can afford to repay—a baseline standard that responsible lenders already follow,” noted Mike Calhoun, the president of the Center for Responsible Lending. “This is the payday lenders’ latest attack in their war against consumers.”

From kitchen table discussions of household money worries, to predatory lenders seeking ways to bilk consumers out of their hard-earned monies, the CFPB was created to be the arbiter that brought balance and fairness to consumer lending.

Let the Bureau do its job.

Charlene Crowell is the Center for Responsible Lending’s deputy communications director. She can be reached at Charlene.crowell@responsiblelending.org.