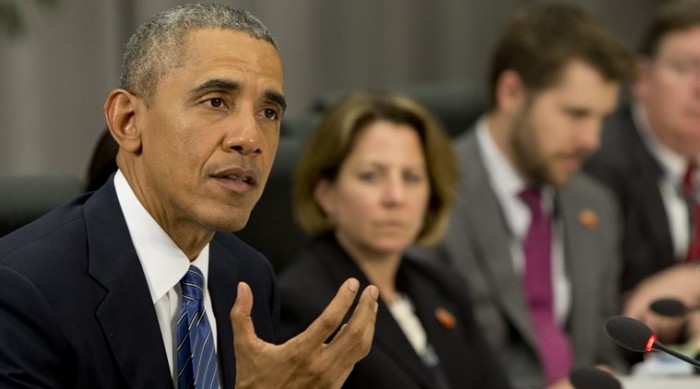 Closing out a nuclear security summit last Friday, Obama warned of a persistent and harrowing threat: terrorists getting their hands on a nuclear bomb. He urged fellow leaders not to be complacent about the risk of catastrophe, saying that such an attack by the Islamic State or a similar group would “change our world.” (AP file photo)

World leaders declared progress in safeguarding nuclear materials sought by terrorists and wayward nations, even as President Barack Obama acknowledged the task was far from finished.

Closing out a nuclear security summit last Friday, Obama warned of a persistent and harrowing threat: terrorists getting their hands on a nuclear bomb. He urged fellow leaders not to be complacent about the risk of catastrophe, saying that such an attack by the Islamic State or a similar group would “change our world.”

“I’m the first to acknowledge the great deal of work that remains,” Obama said, adding that the vision of disarmament he laid out at the start of his presidency may not be realized during his lifetime. “But we’ve begun.”

Despite their calls for further action, the roughly 50 leaders assembled announced that this year’s gathering would be the last of this kind. This year, deep concerns about terrorism were the commanding focus, as leaders grappled with the notion that the next Paris or Brussels could involve an attack with a nuclear weapon or dirty bomb.

Obama said of the terrorists, “There is no doubt that if these madmen ever got their hands on a nuclear bomb or nuclear material they most certainly would use it to kill as many innocent people as possible.”

So far, no terrorists have obtained a nuclear weapon or a dirty bomb, Obama said, crediting global efforts to secure nuclear material. But he said it wasn’t for lack of the terrorists trying: Al-Qaida has sought nuclear materials, IS has deployed chemical weapons and extremists linked to the Brussels and Paris attacks were found to have spied on a top Belgian nuclear official.

Throughout the two-day summit, growing fears about nuclear terrorism tempered other, more positive signs of the world coming together to confront the broader nuclear threat.

The U.N. Security Council members who brokered a sweeping nuclear deal with Iran held up that agreement as a model for preventing nuclear proliferation, as they gathered on the summit’s sidelines to review implementation of the deal.

Obama also spent part of the summit huddling with the leaders of South Korea and Japan about deterring nuclear-tinged provocations from North Korea, in a powerful show of diplomatic unity with two U.S. treaty allies. Similarly, Obama’s sit-down with Chinese President Xi Jinping offered the two strategic rivals a chance to illustrate mutual concern about the North, a traditional Chinese ally.

Undeterred, North Korea only hours later fired a short-range missile into the sea and tried to jam GPS navigation signals in South Korea — precisely the kind of act that South Korean President Park Geun-hye had warned would trigger even tougher sanctions and more isolation.

Aiming to show concrete action, leaders came to the nuclear summit with commitments in hand, known in diplomatic-speak as “gift baskets.”

The United States, in newly declassified statistics, said its own national inventory of highly enriched uranium has dropped from 741 metric tons two decades ago to 586 metric tons as of 2013. And the U.S. and Japan announced they’d finished removing hundreds of kilograms of weapons-grade material from a Japanese research reactor, and pledged to do the same at another.

On the global front, a strengthened nuclear security agreement was finally poised to take force, extending safeguards for nuclear materials being used, stored and transported while requiring criminal penalties for nuclear smuggling. Those tweaks were approved in 2005, but have sat dormant awaiting ratification from a critical mass of nations, reached only in the past few days.

After six years of prodding by Obama and others before him, the global stockpile of fissile material remains in the thousands of metric tons. What’s more, security officials warn that the ingredients for a “dirty bomb,” such as cesium and cobalt, are alarmingly insecure in many parts of the globe.

Ahead of the summit, fewer than half of the countries participating had agreed to secure their sources of radioactive substances, which are widely present in hospital, industrial and academic settings. Obama said as the Islamic State is squeezed in Syria and Iraq, the world must anticipate it will lash out elsewhere, citing recent attacks in Belgium and Turkey as examples.

Obama has held four such summits in hopes of advancing the disarmament goals he set at the start of his presidency, when he declared in Prague that nuclear weapons were “the most dangerous legacy of the Cold War.”

“This summit is not the end of our quest to make the world safe from nuclear terrorism,” Prime Minister Mark Rutte of the Netherlands said. He said the assembled leaders were passing the baton to international organizations. “Should the need arise, I know that everybody here will be ready to return.” 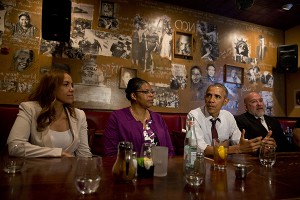 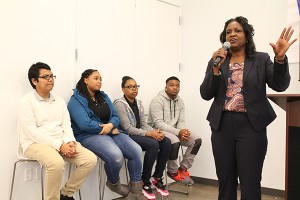 Community Coalition Urges Superintendent King to Adopt an “All Hands on D... 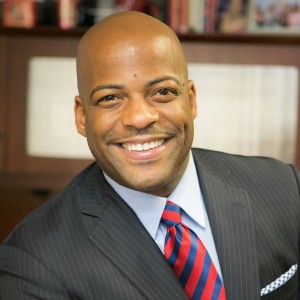 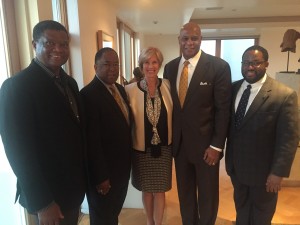 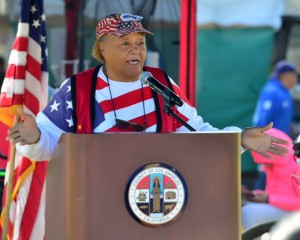