A pictorial review of some of the churches the Obama family visited during the past eight years. 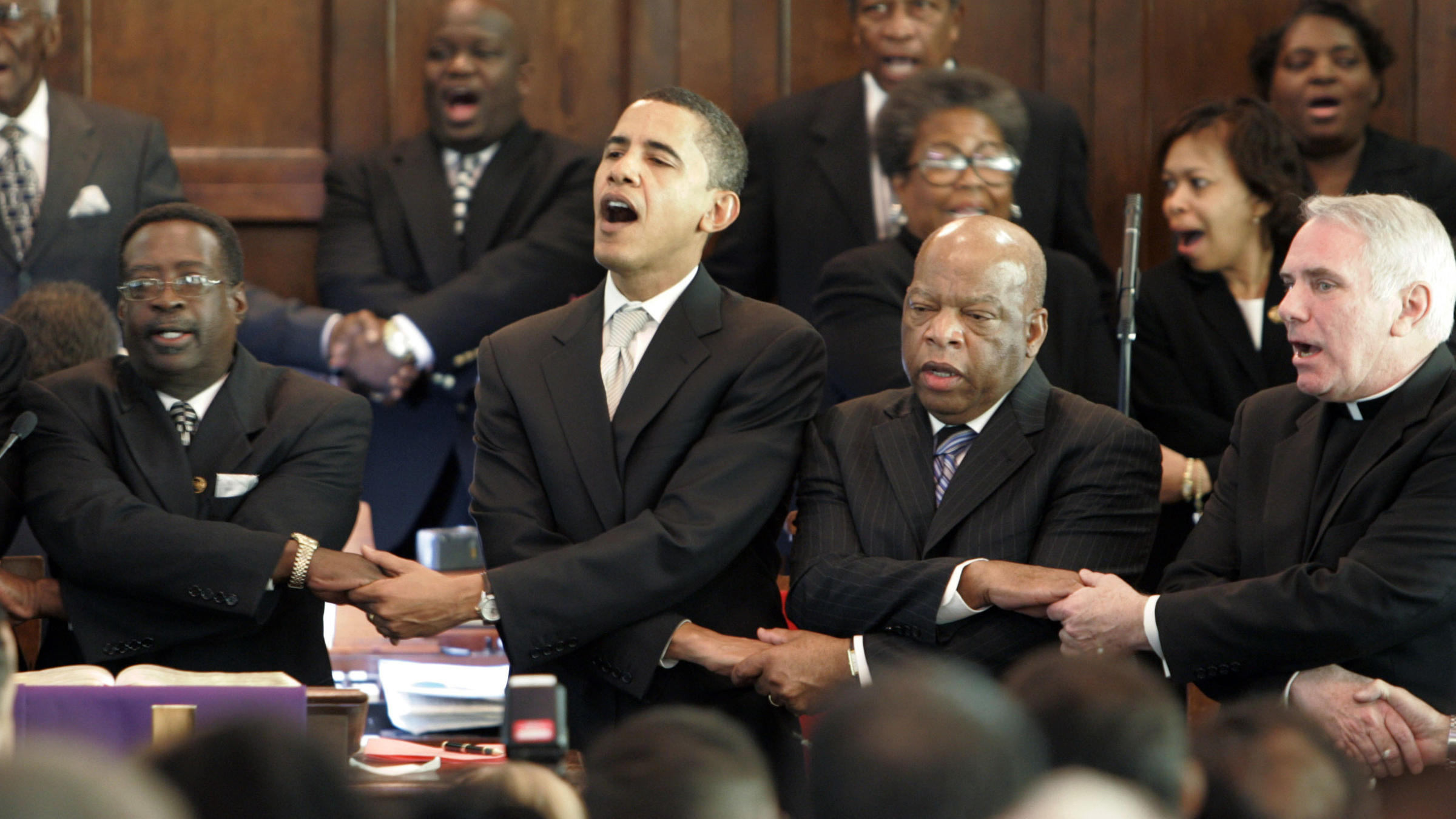 Then-Senator Barack Obama, Rep. John Lewis, D-Georgia, and Rev. Clete Kiley hold hands and sing at the end of a church service in Selma, Ala., on the 2007 commemoration of “Bloody Sunday.”  In 1965, state troopers violently attacked a peaceful civil rights march — on the Edmund Pettus Bridge. (Roberto Schmidt/ AFP/Getty Images) 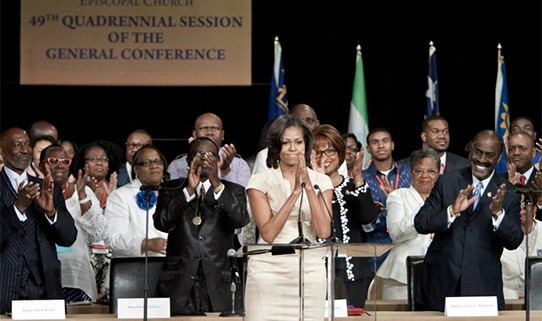 First Lady Michelle Obama delivers the keynote address at the 49th Quadrennial Session of the General Conference of the AME Church in June 2012 in Nashville, Tennessee. She told the crowd to that church is more than attending Sunday worship. She said, “Church is a 7-day activity.” She also encouraged church members to attend school board and other meetings and to integrate church programs with the programs of the local community. (allentempleame.org photo) 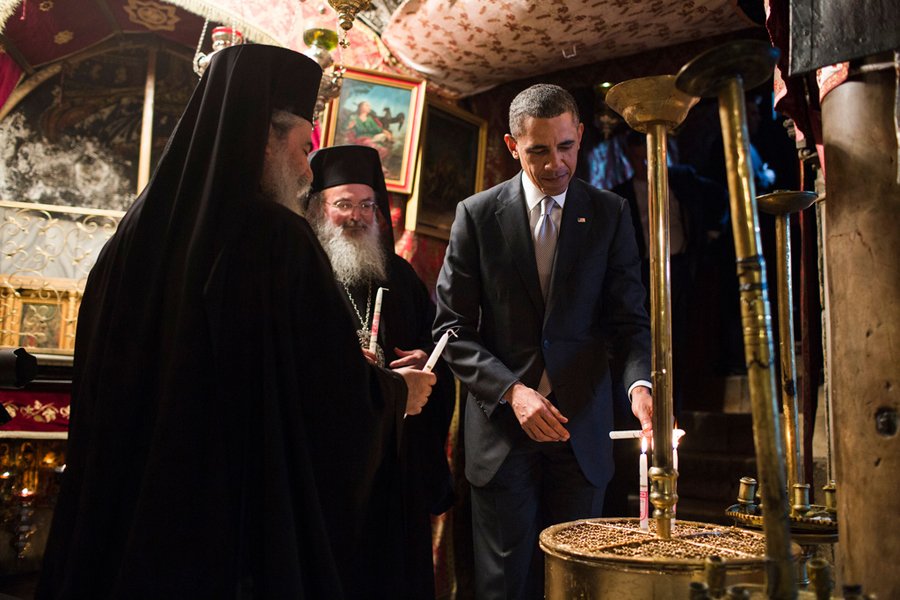 On March 22, 2013, President Obama made a historic visit to Church of the Nativity in Bethlehem, which marks the birthplace of Jesus, and also paid tributes at the Yad Vashem Holocaust memorial in Jerusalem. (Peter Souza/White House Photo) 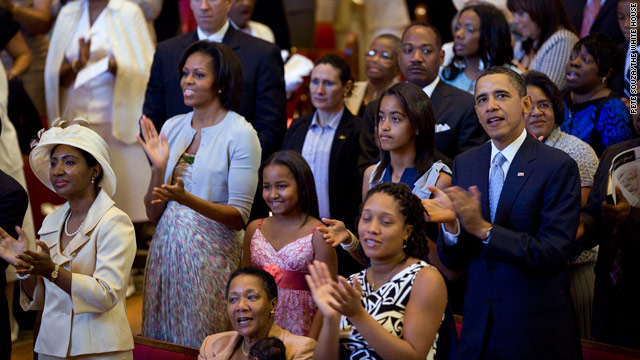 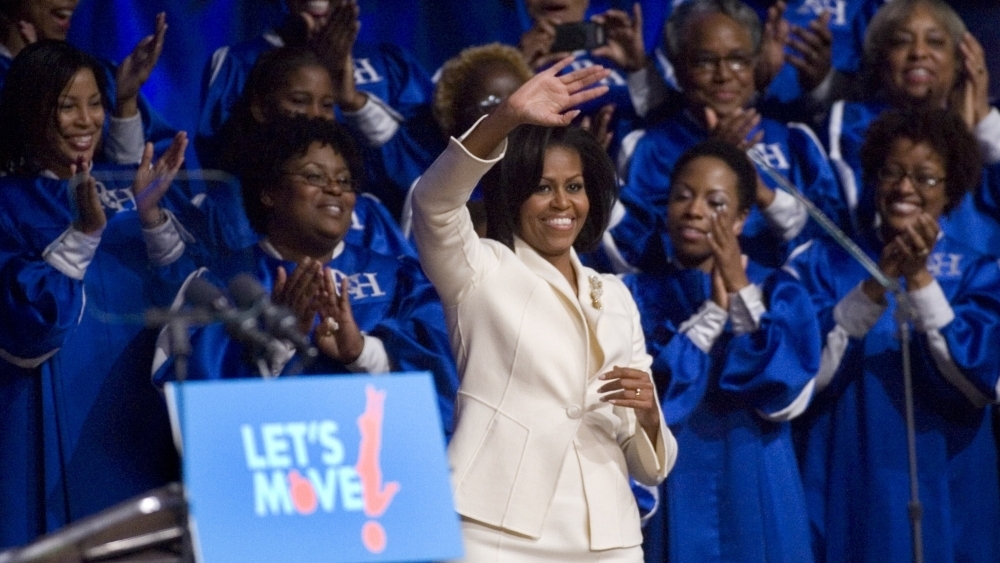 Michelle Obama gives a talk at the North Point Community Church in Alpharetta, Ga., in February 2011 about her “Let’s Move!” campaign. (John Amis/AP) 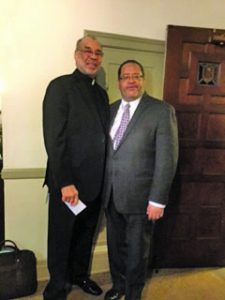