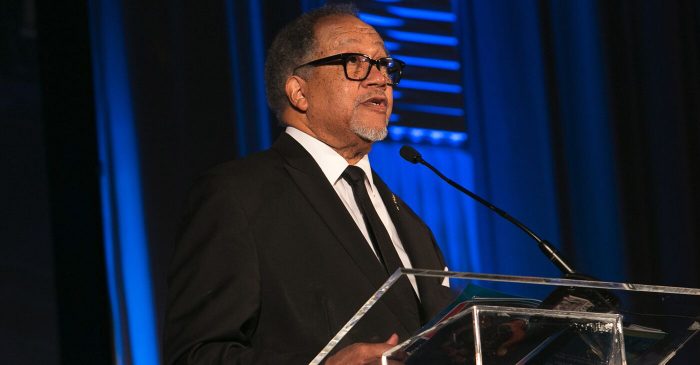 The history of Black people long pre-dates the indignity of slavery.

The automaker has proudly served as a sponsor for the NNPA and chose Chavis to speak candidly to its employees during an inspiring discussion that included: reflections on the Civil Rights Movement and Dr. Martin Luther King Jr., the Wilmington 10, and the importance of the Black Press of America.

“We should look back, but we have to learn,” Chavis said. “I think that particularly among the millennials, I try to make them realize that they should not take for granted where we are today,” he said.

“When I was a young person, there was no social media. So, how do we use technology to make the world a better place? We learn from one another and we learn from history,” Chavis said.

At Volkswagen Group of America, officials have long touted their goal to be recognized as a top company for diversity and inclusion practices. Part of the company’s diversity effort involves partnering with organizations such as the National Urban League, the National Association of Minority Automobile Dealers and its association with NNPA.

VW has a stated commitment to diversity and inclusion that company officials say supports their overall goal to become one of the Fortune 100 Best Companies to Work for in America, as well as a Top 50 Company for Diversity.

It’s that commitment that impressed Chavis and resonated with those in attendance at the fireside chat. Those who wanted to know more about his work – both current and past.

Chavis is renowned for his work in the Civil Rights Movement with Dr. King and he’s also a part of the famed Wilmington 10, a group of nine black men and one white woman who, in 1972, were convicted over a North Carolina store firebombing.

The group always maintained their innocence and argued that they were political prisoners and victims of racially biased prosecutors.

Their sentences were reduced in 1978 by the state’s then governor, Jim Hunt, and two years later their convictions were overturned in federal court for reasons of misconduct by the prosecutors. 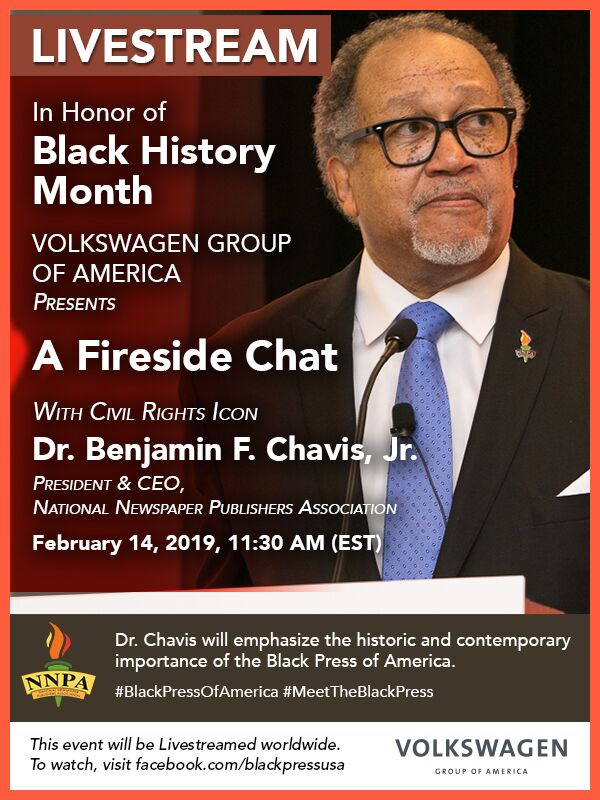 In 2012, the group finally received a pardon.

“One of Dr. King’s most powerful things was that he challenged us not to allow ill will to set in,” Chavis said.

When asked for his thoughts on what Dr. King would think of today, if he were still alive, he replied, “If Dr. King were alive today in 2019, he would still be focused on equal opportunity… where every child of God gets an opportunity to fulfill their God-given gifts and talents,” he said.

Dr. King would also be concerned about climate change and see it as a Civil Rights issue and he would see right through the false ideology of white supremacy, Chavis said. “While he was an elegant voice for the masses, he also had humility. He believed we should constantly study,” Chavis said. “He’d always ask us what we studied, what literature did we use and how does that apply to our day-to-day activities. He said an injustice anywhere is a threat to justice everywhere.”

The trade organization continues to reach out to millennials and Chavis said he wants to see more collaboration between television, the digital space and companies like Volkswagen, that value diversity. “Corporate social responsibility should be a paramount value of all corporations in America and globally,” Chavis said.

“We all should practice what we preach, and I think we can learn from each other if we talk to each other. When I look around, I see a lot of diversity in the employees here and I thank Volkswagen for being one of our sponsors,” he said.