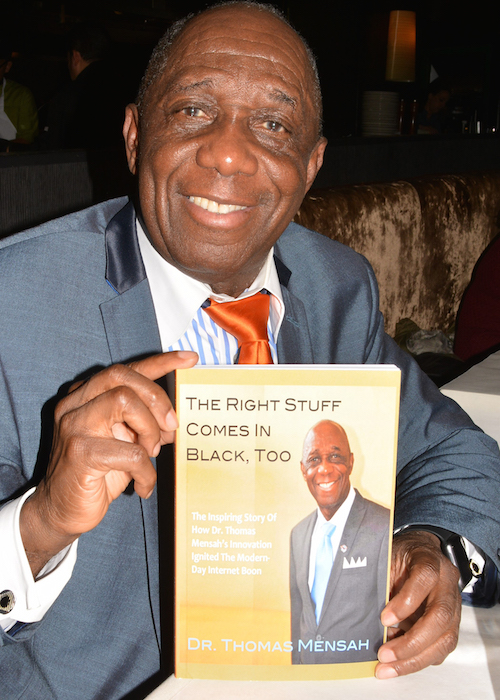 The National Newspaper Publishers Association Foundation (NNPAF) will harness the genius of scientist, engineer and inventor Dr. Thomas Mensah, to launch STEM Reach 2020. The program seeks to increase the percentage of Blacks and women within science, technology, engineering and math arenas by inspiring the K-12 age group to pursue education and careers in Science, Technology, Engineering and Mathematics.

A chemical engineer and fellow of the National Academy of Inventors, Dr. Mensah is an innovator in the areas of nanotechnology and fiber optics. He was awarded seven U.S. and worldwide patents within six years. Ghanaian-born, Dr. Mensah currently serves as president of Georgia Aerospace Systems Manufacturing, Incorporated in Atlanta, Ga.

“It is exciting to support and lead the vision of the NNPA Foundation for STEM Reach 2020,” said Dr. Mensah. “This is the only newspaper association in the country that has launched a STEM initiative to reach the K-12 age group who are easily influenced by their environment.”

Mensah added: “The program will identify role models and present youth with alternative paths to success rather than what they see on television. We hope to introduce robotics and science to kids in a way that inspires them and prepares them to compete in the 21st Century.”

Also, on board as a program sponsor is the American Petroleum Institute (API), a Washington, D.C.-based trade association for the oil and gas industry.

“API is an ideal partner for us because they bring a wealth of experience and longevity in their industry”, said Kimberly Johnson, the executive director of the NNPA Foundation. “They understand the education and outreach efforts that are needed to achieve the desired outcomes for this program. We are happy to have Dr. Mensah and API on board.”

The National Newspaper Publishers Association (NNPA) will hold its Mid-Winter Conference in Coconut Grove, Florida on January 27-30, 2016 where the initiative will be launched during a press luncheon. Dr. Mensah will present on STEM and take questions from the media. The launch in Florida will serve as the precursor to Black Press Week, the organization’s conference in Washington, D.C., in March, where Dr. Mensah will return to host students and STEM industry leaders for a STEM exposition and presentation. To support the NNPA Foundation, contact [email protected]