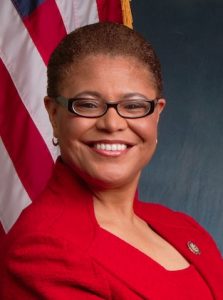 Last month, I had the opportunity to explore the National Museum of African American History and Culture in Washington, D.C., and attend the grand opening celebration featuring President Barack Obama and former President George W. Bush – who first authorized its construction thirteen years ago. This moment came after generations – nearly 100 years to be exact – of efforts to commemorate our history in the nation’s capital, because our history is American history. And the museum reminds us of the pains and triumphs of the Black experience in America.

The United States has never come to grips with racism nor has it officially acknowledged its history of economic inequality rooted in racism. From slavery, to colonialism, to Jim Crow and urban apartheid, the United States has exacted extreme forms of economic inequality on African American’s which, in turn, acted as the engine for economic growth in this country. In short this country was built on the backs of Blacks and the museum makes no efforts to hide this reality. In fact, it tells this story in striking detail, and sends a powerful and deliberate message: the African-American story is central to the country’s narrative, and an understanding our history and culture is the key to understanding American history and culture.

Built out of 3,600 bronze colored cast-aluminum panels, the distinctive and elaborate architecture of the 40,000 square foot museum stands out on the National Mall. Obama crystallized this sentiment in his powerful declaration in front of several thousand onlookers: “We’re not a burden on American or a stain on America or an object of shame and pity for America. We are America, “Obama powerfully stated. “And that’s what this museum explains. Hopefully, this museum makes us talk to each other and listen to each other and see each other.”

As President Barack Obama spoke on stage recognizing this momentous occasion, folks couldn’t help but marvel: what a time to build this building on the National Mall, at the end of the tenure of the nation’s first African-American President and during a period where this nation’s people of color are demanding clarity and understanding around the treatment of Black lives.

Structurally, the exhibit is designed to be explored in a way parallel to our history – a chronological tour of sorts. You start on the “first” floor, which is below ground. This space tells the brutal story of the origins of the transatlantic slave trade in the 15th century. As you move about the exhibit, you ascend from the lower levels with walls spelling out dates of slave ship travel and, on the second floor, the bronze-colored casket of Emmet Till. As you move towards the upper galleries, your spirit is somewhat lifted and the mood begins to shift; from Jim Crow, to the Civil Rights era, to depictions of the Black Panther Party, and on the final level, iconic props displaying progress – statutes of Michael Jordan and Berry’s famous red Cadillac.

The Museum both memorializes and edifies. It stimulates an open dialogue on race, and explains African American’s place in society and how our mistreatment is weaved into the fabric of American history. This soaring structure was built so that our history could not be denied nor our contributions overlooked. It is the definitive story of our legacy and a projection of what’s to come.

My hope is that museum will be used by all to challenge this nation’s long historical practice of denial: the denial that slavery lasted for 245 years; the denial that discrimination persists in this country; the denial that police violence against people of color exists, and the denial that the country we helped build has historically not valued Black life as equal to Whites. We now have a tangible representation of validation of our history and our current experience as Black Americans.

If election is ‘rigged’, it isn’t against Trump 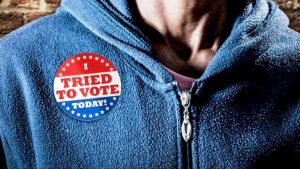 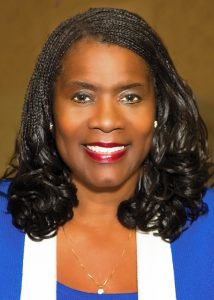 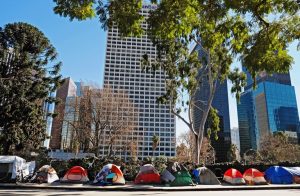 Proposition HHH: Not a cure, but it’s a start