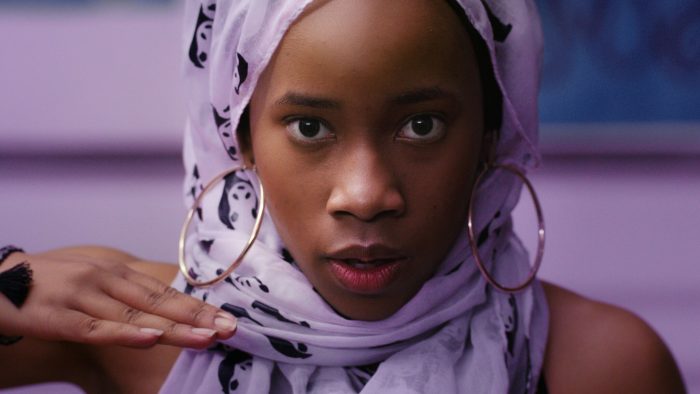 Nijla Mu’min is a young Black woman who embraces the Islamic faith and is also a film and television director which in Hollywood makes her rare and that should not be the case.

There is a serious lack of opportunity for Black women filmmakers and despite best efforts and well-crafted press releases on the subject (usually generated during Black History Month), there is very little permanent and positive change.

How is that possible, you ask, when women control over $20 trillion in worldwide spending, and yet they are paid less for the same work and denied opportunities that are given to White males? The answer is sobering because “they can” and “they do” it because they can. And yet, all these murky facts did not stop writer-director Nijla Mu’min from making her debut feature—“Jinn”—an Orion Classics release which will screen in select cities on November 15 and on VOD and Digital HD November 16.

Perhaps it is the sheer difficulty of trying to live her dreams that ultimately inspires the Oakland based filmmaker.

Nijla Mu’min is well trained, a graduate of UC Berkeley, she attended Howard University’s MFA film program and was a 2013 dual-degree graduate of CalArts’ MFA programs in film directing and creative writing.

After a series of her short films caught industry attention, she went on to receive support from virtually every independent film support organization out there, including the Sundance Institute and IFP, the San Francisco Film Society, Film Independent and the Islamic Scholarship Fund.

An impressive start, but financially—truthfully—that barely moves the needle. To get “Jinn” made, Mu’min left New York and moved back to L.A. and then the financing for the film fell through. But that didn’t deter her from ultimately raising the money and learning an important lesson about how Hollywood really works.

“Jinn” is loosely based on Mu’min’s life. The award-winning indie film follows 17-year old Summer (Zoe Renee), a carefree Black girl, whose world is turned upside down when her mother, a popular meteorologist named Jade Jennings (Simone Missick), abruptly converts to Islam and becomes a different person, prompting Summer to reevaluate her identity.

The advice that’s usually imparted to young storytellers from seasoned veterans is to write what you know and for Mu’min, that advice proved fruitful. “Jinn” received a Special Jury Recognition for Writing at SXSW, high praise for the newcomer.

“I’ve always been interested in pulling images from daily life to understand how individual moments can reveal a statement about humanity,” Mu’min said.

Life hits us all like an unexpected thunderstorm and for Mu’min, her childhood shifted when her parents divorced, forcing her to split her time with each parent. With her father, who is a Muslim, she became immersed in his environment and therein lies the heart of “Jinn.”

“I enjoyed going to the masjid and being around different Muslim people,” she shares. “Then I went into the public school system, where I was exposed to pop culture, sexuality, and a lot of friends who weren’t Muslim.” 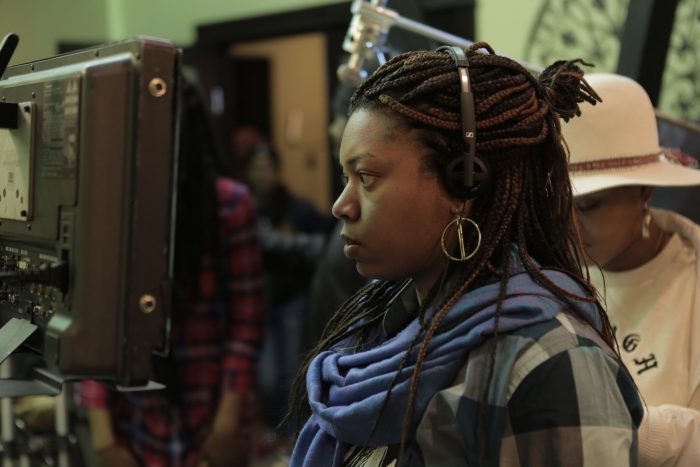 The splintering of her childhood is evident in how she crafted the main character, Summer. Her film feels authentic because it comes from her heart and her memories.

“My mom, who is not a practicing Muslim,” says Mu’min. “In fact, she encouraged me to be free. So, my scripts and films usually center on Black women and girls straddling dual worlds and at major turning points related to sexuality, family, identity or death.”

The coming of age elements in “Jinn” will help audiences make another important connection because there is a sweet romance too, between Summer and Muslim classmate Tahir (Kelvin Harrison, Jr.), which possesses such down-home realness you feel like you know both of the young lovers and fear that their innocence will be their undoing. And yet, they both give the audience a feeling of hope an invigorating and frightening emotion, for our Black community.

I’m convinced that Mu’min is a warrior and maybe part Jinn, a question her main character repeatedly asks herself. It’s the fearless nature of one determined to follow their bliss that has helped Mu’min reap the benefits of her convictions. She recently collaborated for the filming of an episode of the popular drama “Queen Sugar,” with the all-female directorial team of Ava DuVernay.

Magical powers bestowed by a mystical Jinn or the product of pure Black Girl magic, who’s to say, but what’s for certain is the “Jinn” was breathed into existence by storyteller Nijla Mu’min.

“In trying to get my film [“Jinn’] made, [I] heard a lot of ‘no thank you’ with a question about who is really your ‘audience,’ but I know that there’s a mainstream narrative about Islam in the media in this country,” states Mu’min, “and with this film I’m trying to get away from that and show what it means to be curious or fascinated, or to question your identity.”

“Jinn” plays in select theaters on November 15 and will be available on VOD and Digital HD November 16, 2018. An Orion Classics release.