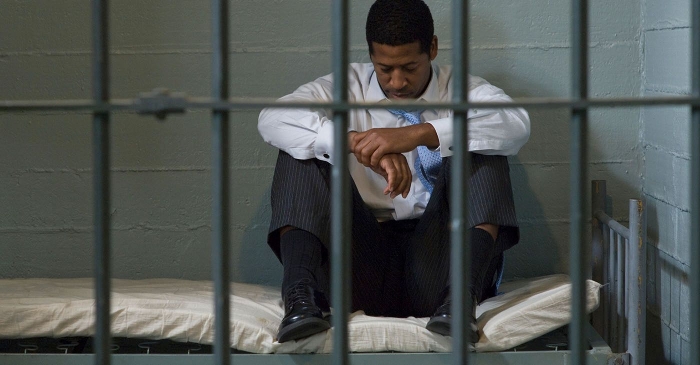 According to the latest report from The Innocence Project, innocent Black people are seven times more likely to be wrongfully convicted of murder than innocent White people.

Among Black people exonerated of murder convictions, approximately 31 percent were wrongly convicted of killing White people. However, only 15 percent of homicides by Black people involve White victims, the National Registry of Exonerations reported.

Released in February, the latest report revealed that it also takes longer for attorneys to achieve exoneration for an innocent Black person.

Further, “Black people tend to receive harsher sentences when accused of sexual assault and have a harder time being exonerated from a wrongful conviction,” researchers at The Innocent Project wrote.

“On average, they spend 4.5 more years in prison than their White counterparts before being exonerated,” the researchers found.

As talk and tepid action by lawmakers toward real criminal justice reform continues, the latest reports revealed that Black people wrongly convicted of murder spend an average of three more years in prison than White people – four if they are on death row.

Innocent Black people spend an average of 16 years on death row before they are exonerated, researchers wrote.

Chauvin, who is White, is being tried for killing George Floyd, a Black man. For more than 8 minutes, Chauvin pressed his knee into Floyd’s neck, which caused his death.

According to the National Registry of Exonerations, cases of Black people exonerated from wrongful murder convictions were 22 percent more likely to involve police misconduct than similar cases involving White defendants.

“The legacy of slavery, racist Jim Crow laws, and hateful lynching has translated into modern-day mass incarceration and the disproportionate imprisonment of Black people,” Daniele Selby wrote for The Innocence Project.

“Nowhere is that seen more clearly than in prisons like the Mississippi State Penitentiary — also known as Parchman Farm — and Louisiana’s Angola prison, which were built on and modeled after slave plantations and where several Innocence Project clients have been incarcerated,” Selby penned.

“Racial discrimination and bias has been ingrained in the criminal legal and law enforcement system from its earliest days and continues to pervade every level of the system today. The Innocence Project, with your support, is committed to addressing these injustices.”

After a jury returned two guilty verdicts against former movie mogul Harvey Weinstein, Vance incredulously had this to say about allegations of rape and sexual assault:

“It’s rape even if there is no physical evidence.”

The district attorney stated that the verdicts against Weinstein “pulled the justice system into the 21st Century. It’s a new day. Their verdict turned the page on our justice system on men like Harvey Weinstein.”

While the verdict may have turned the page on White men like Weinstein, African Americans have always struggled to receive fair treatment by the police and unprejudiced trials in the courtroom.

“By the preconceived notion, a man of color accused of rape, by a White woman, is presumed guilty beyond a reasonable doubt,” editors at the American Bar Association wrote in 2019.

“In the case of a White man accused of raping an African American woman, the presumption of guilt shifts from the White defendant to the African American female victim. Here, there is a presumption that a woman is unchaste because the color of her skin is Black,” the editors continued.

“Alternatively, the standard applied to the White defendant is the presumption that he is innocent until the African American victim is proven pure, innocent, and deserving of the law beyond a White person’s reasonable doubt.”