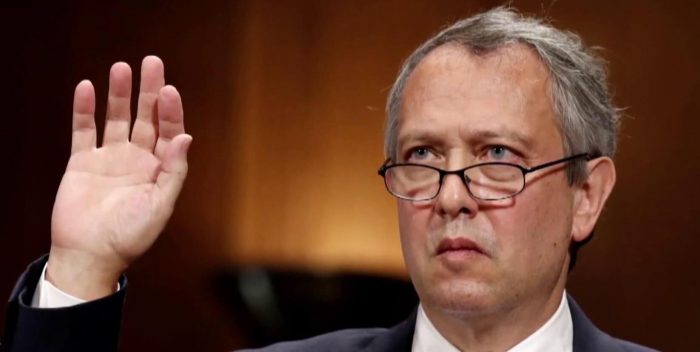 The NAACP strongly condemns Thomas Farr’s nomination and the Senate’s scheduling of his vote. The nation just experienced national elections which are not yet over, and which were tainted by egregious voting rights violations. That Majority Leader McConnell chooses this moment in time to vote on a judicial nominee known as the vote-suppressor-in-chief is not lost on anyone. It is a slap in the face to communities of color everywhere.

Thomas Farr poses a serious threat to civil rights, especially since he would preside over a jurisdiction with a large African-American population. Even among dangerous Trump nominees, Farr stands out for his decades-long crusade to disenfranchise African Americans. He learned how to intimidate Black voters from segregationist Senator Jesse Helms and helped turn North Carolina into ground zero for voter suppression tactics. His nomination is a travesty. His confirmation would be heresy.

We believe the American people want tolerance and unity, rather than hate and divisiveness, and that applies to the federal courts, too. We urge each and every Senator to reject this judicial throwback to white supremacy and segregation. The people of North Carolina and our entire country deserve better than this.