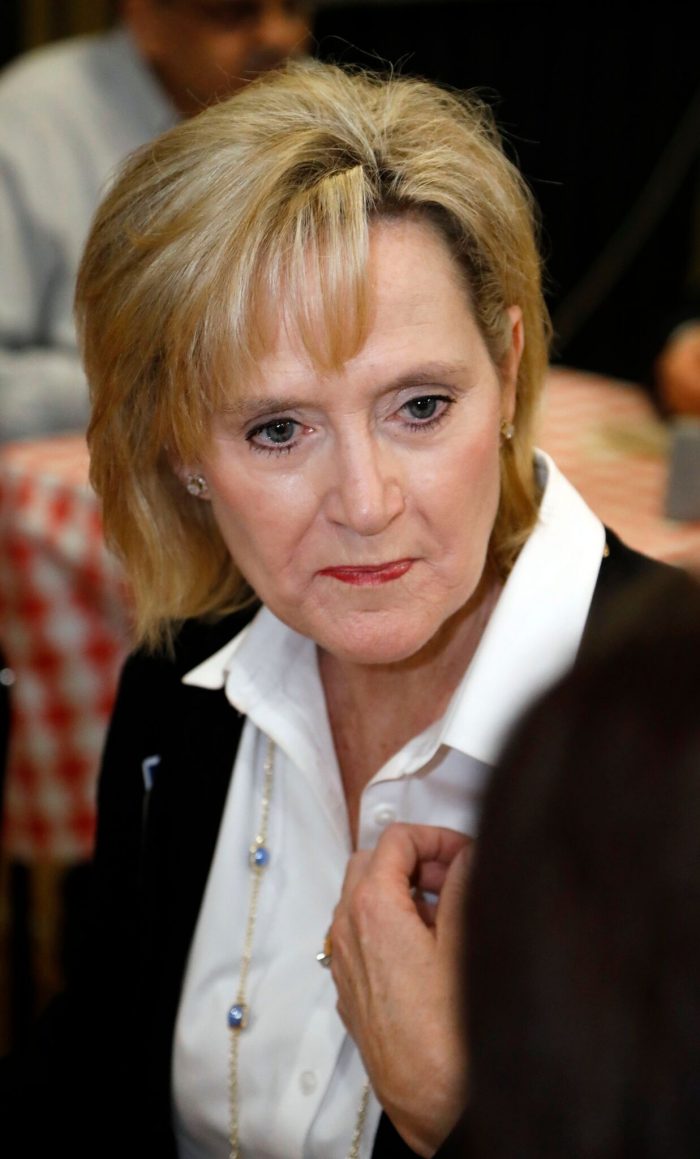 Mississippi Senator Cindy Hyde-Smith’s remark to a colleague that “If he invited me to a public hanging, I’d be on the front row” puts the Magnolia State at center stage for Black voters in the 2018 mid-term elections.

Mississippi had the highest number of lynchings in the United States between 1882 and 1968, according to NAACP records.

Hyde-Smith’s explanation that her phrase “was an ‘exaggerated expression of regard’ drew outrage from Dr. Maya R. Cummings, president and CEO of Global Policy Solutions, veteran Capitol Hill staffer and former vice president of research and programs at the Congressional Black Caucus Foundation.

“[It] shows how little regard her forebears had for Blacks they murdered and mutilated and how their atrocities are still accepted in her culture,” Cummings said.

In the Nov. 6 mid-terms, Hyde-Smith finished in a dead heat with former Mississippi congressman Mike Espy, an African American who was the Clinton administration Secretary of Agriculture, in a four-way Senate race.

The two now will face each other in a runoff special election on Nov. 27. Hyde-Smith was appointed by Mississippi’s governor to fill the remaining two years of the Senate seat when Thad Cochran vacated it due to illness.

As a Trump-endorsed candidate, she is in lockstep with the president’s agenda, one Cummings finds polarizing.

According to initial Pew Research data, in the 2018 mid-terms, African Americans voted at 90 percent for Democratic candidates; nine percent for Republicans.

“African Americans and other people of color were motivated to turn out in record numbers for mid-term elections due to the desire to see Trump’s power curbed,” Cummings observed.

“African Americans know exactly what Trump is and what he means for our future. Indeed, he has made no effort to hide his disdain for African Americans and other historically marginalized groups.”

Some Black analysts argue that a tax-cut-driven bump in personal income should prompt African Americans to vote Republican.

But in Mississippi, in precincts where well-to-do and middle-class African Americans reside, Trump’s tax cuts had no measurable impact in the mid-terms, according to Charles Taylor, principal and founder of Peyton Strategies, LLC, based in Jackson, Miss. Though he has provided consulting services for the Espy campaign, he is not a spokesperson.

Raynard Jackson, a Black Republican, is president and CEO of a government affairs and public relations firm in Washington, D.C. who has worked on numerous Republican campaigns, including Ron DeSantis’ gubernatorial campaign in Florida against the Democrat candidate, Andrew Gillum, mayor of Tallahassee. 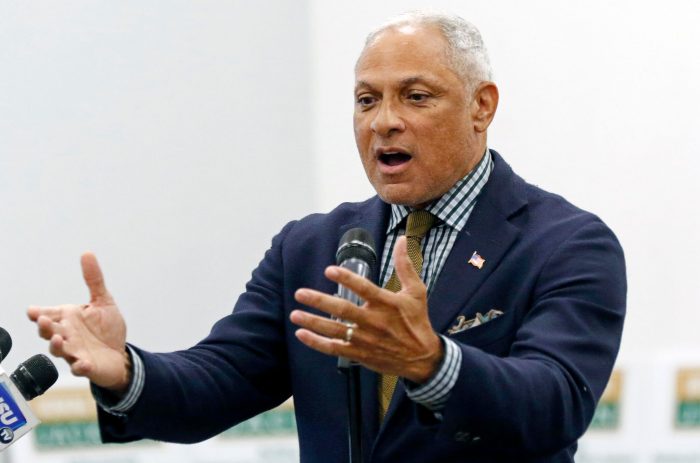 Mike Espy who is seeking to unseat appointed U.S. Sen. Cindy Hyde-Smith, R-Miss., and serve the last two years of the six-year term vacated when Republican Thad Cochran retired for health reasons, speaks before the leadership of Working Together Jackson during their luncheon and accountability session, Wednesday, Nov. 14, 2018 in Jackson, Miss. (AP Photo/Rogelio V. Solis)

Though not an ardent Trump fan, Jackson criticizes the Democratic party for failing to deliver policies that enable African Americans to reach economic independence.

“I carried this message across the state to black communities, ‘how much are you willing to pay to make history?’” Jackson explained.

“I’d ask a Black businessman, ‘Which of your employees are you going to lay off?’ They’d stop and say, ‘I hadn’t thought of it like that.’”

Jackson derides African American candidates he claims are fearful of being openly vocal advocates for their own people.

“Obama said he was going to be president of all the people. We hear it over and over from Black candidates, Gillum included. But if you speak to a Latino candidate, he will tell you exactly what he will do for the Latino community.”

Kevin McNeir, editor of the Miami Times during the hanging chad controversy in the Bush-Gore 2000 election and now editor of the Washington Informer, finds some truth in Jackson’s assertions, but takes each candidate on his or her own merits.

“I’m an independent. Democrats haven’t done a damn thing for me, including Barack Obama. I’ve been Black all my life, so I don’t care about your color. I’m not going to vote for you just because you’re Black.”

Regardless of African American voters’ views on Trump, McNeir attributes the Democrats’ success in the mid-terms to their expansive field of qualified candidates.

“From women, to Muslims, to Native Americans, to transgender, to veterans — all those numbers went up. The result is the most significant increase in Democratic House members since Watergate. That’s truly noteworthy. Now, Trump can spin it all he wants to.”

But McNeir does believe Trump’s influence in Florida was significant because he elevated DeSantis’s visibility by “giving him a shoulder to lean on, much like with Supreme Court Judge Kavanaugh.

“Had Gillum been White, he would have won by 99 percent, he’s that much more qualified than DeSantis.

“He was too progressive. And he was going to raise taxes. It was honest for him to say, but you don’t talk about raising taxes with White folk. He should have done what white folks do, lie; raise taxes once he got in.”

Tax cuts were also in play in the predominantly Democratic state of Maryland, where Democratic gubernatorial candidate Ben Jealous, African American and a former NAACP president, was defeated by Republican incumbent Larry Hogan, who won a second term.

Yet, as The Baltimore Sun noted the day after the election, “No coattails: Maryland voters backed Republican Gov. Hogan, but also showed their disdain for Trump.”

In exit polling, and across racial lines, voters rejected what they perceived as Trump’s divisiveness, apparently despite whatever personal gain they may have derived from his tax cuts.

Indeed, the Hyde-Smith versus Espy contest may be the defining moment for how Black voters view the political landscape in 2020.

Echoing Cummings, McNeir said, “The hatred that has been under the radar in America has gotten an invitation from Trump to express yourself.”