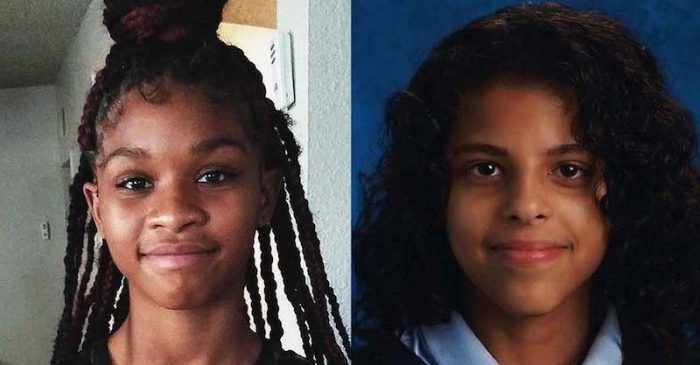 Have you seen Skylar Mannie (pictured at left) from Lancaster, Calif., Skylar is just 13 years old? She was last seen on Feb. 14. She has black hair, brown eyes, stands 5 feet 5 inches and weighs 130 pounds. Iniaya Wilson (right) is just 14 and has been missing from her Columbus, Ohio home since January 25. She has brown hair and brown eyes; standing 5 feet 6 inches tall and weighing 120 pounds. (courtesy photo)

Have you seen Iniaya Wilson?

Just 14, Iniaya has been missing from her Columbus, Ohio home since January 25.

Have you seen Skylar Mannie?

From Lancaster, Calif., Skylar is also Black and just 13 years old. She was last seen on Feb. 14.

The two are among the estimated 64,000 Black girls and women across the United States that have gone missing. Iniaya and Skylar are also among an unfortunately growing number of young people listed in the “critically missing” section of the expansive database of the National Center for Missing & Exploited Children.

The list includes girls and women of all backgrounds, an important distinction because of the lack of media coverage of African Americans who’ve gone missing.

That has spurred activists and some in Congress to action.

In efforts to address the problem of missing Black children nationwide, Reps. Bonnie Watson Coleman (D-N.J.), Robin Kelly (D-Ill.), and Yvette D. Clarke (D-NY) initiated the Congressional Caucus on Black Women and Girls in 2016. Through the caucus, they hope to create public policies that “eliminate significant barriers and disparities experienced by Black women.”

According to BlackNews.com, members of the caucus believe that more federal assistance and collaboration is needed to further eliminate the problem.

“I feel like knocking on every attic, every garage to see where those girls are,” House Majority Leader Nancy Pelosi said. “Let’s be an example to the world that we can’t rest until these girls are found.”

Further, the nonprofit Black and Missing But Not Forgotten, also has focused its attention on spotlighting and finding missing African Americans.

Since 2007, the organization has sought to develop relationships with media, government agencies and the public to ensure that missing African Americans receive prompt attention and concern to garner the best possible outcomes for each case.

The report revealed that missing Black youth – especially Black girls – are underreported in the news and it seems that many people don’t even care.

The National Center for Missing and Exploited Children said that in 2018 alone, there were 424,066 reports of missing children made to law enforcement around the country.

John and Revé Walsh and other child advocates founded the National Center for Missing & Exploited Children as a private, non-profit organization to serve as the national clearinghouse and to provide a coordinated, national response to problems relating to missing and exploited children.

Walsh, who formerly hosted “America’s Most Wanted,” now does similar work with his show, “In Pursuit.”

The show, which airs on the Investigation Discovery network, has remained relentless in its pursuit of missing children.

“I’m excited to see our co-founder John Walsh back doing what he does best – catching fugitives and bringing justice to victims,” John F. Clark, NCMEC’s president and CEO, said in a blog on the NCME website.

So far, the nonprofit has helped law enforcement find more than 284,000 missing kids, and NCMEC’s 24/7 Call Center has handled more than 4.8 million phone calls and has access to 190 languages.

With the expanding power of social media, Walsh said people are more involved now than ever before. “Call me. Contact me … you tell me where the bad guy is, and we’ll go get ‘em,” Walsh said on the blog.

According to multiple reports, when Black girls go missing, it’s often unclear whether they have run away from home, were inflicted violence, abducted, sent into the sex industry, among others. Essentially, according to BlackNews.com, their safety and assurance to be brought back home was commonly ignored and not an utmost concern.

That concern heightened when investigators in California announced that they were trying to identify the body of a young Black girl who was found dead inside a duffel bag in a suburb of Los Angeles. The girl was eventually identified as Trinity Love Jones.

Investigators said the circumstances of her death are still being determined.

The discovery combined with the lack of any new missing person reports that match the girl’s description shed further light on the plight of missing Black girls. 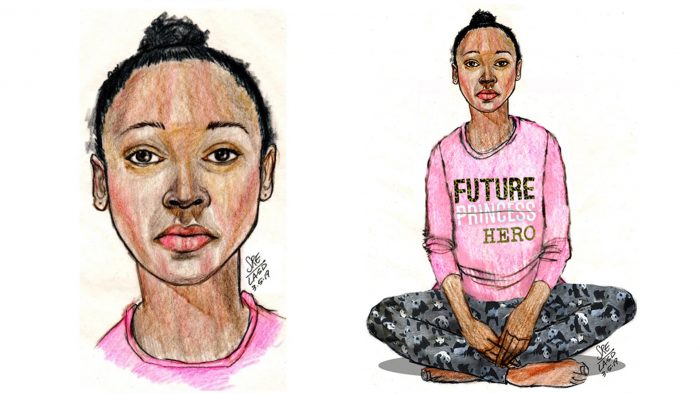 Trinity’s body was found near a hiking trail in Hacienda Heights but authorities said initially that they had little information to help identify her. She was found wearing a long pink shirt with the words “Future Princess Hero” and grey pants with panda prints.

Because Hacienda Heights isn’t far from Lancaster, where Skylar Mannie went missing. The Los Angeles Sheriff Department did release a statement clarifying that the body found did not belong to Skylar.

“We’ve detained two people of interest who may be connected to the case,” a subsequent statement said.

Taquesta Graham, 28, was questioned after being detained in Texas on an alleged parole violation but was expedited to Los Angeles, where, according to County officials, she expected to be charged a suspect in the death of her daughter Trinity

Deputy Michelle Sanchez of the Los Angeles County Sheriff’s Department Information Bureau said in a statement, “Graham remains to be held in Los Angeles County custody on the unrelated warrant. Homicide investigators continue to vet community tips and follow up on additional evidence obtained during the investigation. The criminal case naming Taquesta Graham is being prepared for presentation to the District Attorney’s Office on a later date.”

Graham’s boyfriend, Emiel Lamar Hunt, 38, was initially charged with murder for the death of Trinity Love Jones. He is scheduled to appear in Los Angeles County Superior Court to enter a plea on April 26.

Hunt served more than a decade in prison following a conviction for abusing his own son in San Diego County in 2005, according to sheriff’s Detective Marc Boivert.