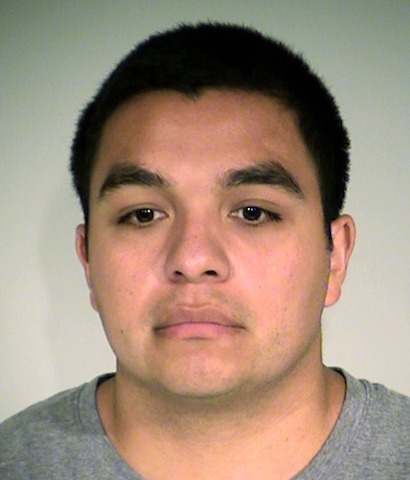 The graphic video showing Philando Castile’s final moments after he was shot by a Minnesota police officer made headlines nearly a year ago and led to calls for changes in policing. But another video could emerge as key evidence in the case against St. Anthony police officer Jeronimo Yanez, who goes on trial for manslaughter this week.

Jury selection began Tuesday and was expected to last at least a couple of days. Key things to know about the case:

Castile, who was black, was killed July 6 during a traffic stop in the St. Paul suburb of Falcon Heights. His death got instant attention as the shooting’s gruesome aftermath was streamed live on Facebook by Castile’s girlfriend, who was in the car along with her young daughter.

Prosecutors say Yanez shot Castile, a 32-year-old elementary school cafeteria worker, after Castile told him he was armed. The entire encounter lasted barely more than a minute. Authorities later found Castile had a permit to carry.

Yanez, who is Latino, is charged with second-degree manslaughter, punishable by up to 10 years in prison. He’s also charged with two lesser counts of endangering safety by firing his gun near Castile’s girlfriend, Diamond Reynolds, and her daughter.

The statute Yanez is charged under requires prosecutors to show he acted with culpable negligence — that he was reckless and acted unreasonably for the situation. His attorneys have argued Yanez reacted to the presence of a gun and had to use deadly force to protect himself.

Philip Stinson, a criminologist at Ohio’s Bowling Green State University who tracks fatal police shootings, said convictions of officers are infrequent. Since the beginning of 2005, 81 officers nationwide have been charged with murder or manslaughter. A little more than a third were convicted — 15 by jury and 14 by guilty plea, Stinson said.

But 39 percent resulted in non-convictions. Stinson said several high-profile cases recently ended in mistrials or acquittals when an officer testified that they feared serious bodily injury or death and had “no choice.”

Jurors acquitted white Tulsa, Oklahoma, police officer Betty Jo Shelby of manslaughter on May 17 after she testified that she fatally shot Terence Crutcher, an unarmed, black 40-year-old, out of fear when he didn’t obey her commands. And the retrial of former University of Cincinnati officer Ray Tensing is underway after his first case ended with a hung jury last November. In his initial trial, Tensing, who is white, testified he feared for his life when he shot Samuel DuBose, an unarmed, black 43-year-old, as DuBose tried to drive away during a July 2015 traffic stop.

“Jurors are very reluctant to second-guess the split-second life-or-death decisions of an on-duty police officer involved in a violent street encounter with a citizen,” Stinson said.

Yanez is expected to testify in his defense. 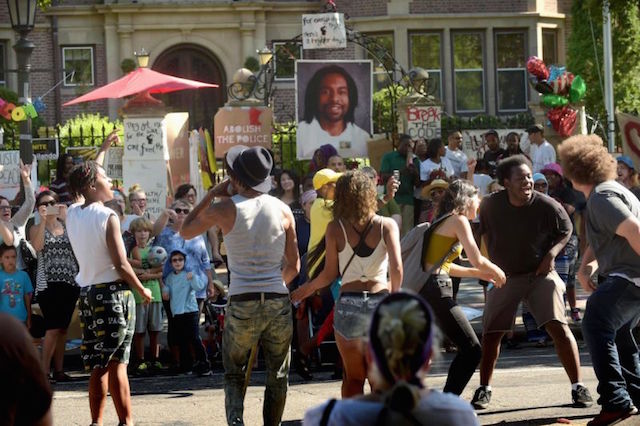 In this July 24, 2016, file photo, protesters chant and dance during a demonstration in front of the governor’s residence in St. Paul, Minn., against the July 6 shooting death of Philando Castile by St. Anthony Police Officer Jeronimo Yanez while making a traffic stop in Falcon Heights, Minn. Jury selection begins Tuesday, May 30, 2017, for Yanez. (Photo Courtesy: Scott Takushi/Pioneer Press via AP, File)

At least two videos are expected to be shown to jurors.

The video recorded by Reynolds shows a bloody Castile slumped over and moaning in the moments after he was shot. Yanez stands at the window, gun still aimed at Castile. Yanez swears and shouts: “I told him not to reach for it!” Reynolds replies that Castile was reaching for his ID, as Yanez requested.

Authorities also have audio and video from Yanez’s squad car that haven’t been made public. The criminal complaint says they show the traffic stop itself and an exchange of information before Castile tells Yanez: “Sir, I have to tell you that I do have a firearm on me.” Yanez replies, “OK, don’t reach for it then” and repeatedly tells Castile not to pull out the gun. Castile says he was not reaching for it, and Yanez screams “Don’t pull it out!” before he quickly pulls his own gun and fires seven shots at Castile.

Castile moans and says, “I wasn’t reaching for it,” according to the complaint.

An autopsy found traces of marijuana in Castile’s system, and defense attorneys have indicated they will argue he was stoned, didn’t obey the officer’s commands and that his own actions contributed to his death. The defense plans to bring forward an expert to testify that the presence of THC showed Castile was intoxicated. Prosecutors say their expert will testify that such a conclusion can’t be drawn.

Yanez’s attorneys wanted to show the jury Castile’s car and have the officer re-enact the shooting, but the judge rejected that.

The judge also won’t allow the defense to introduce details about Castile’s alleged past marijuana use or his arrest and driving record, but if testimony addresses those issues, the defense can ask the judge to reconsider.

Castile’s shooting was among a string of killings of blacks by police around the country, and the livestreaming of its aftermath attracted even more attention. The public outcry included protests in Minnesota that shut down metro highways and surrounded the governor’s mansion. Castile’s family claimed he was profiled because of his race, and the shooting renewed concerns about how police officers interact with minorities. Minnesota Gov. Mark Dayton also injected his viewpoint, saying police likely wouldn’t have fired if Castile had been white. 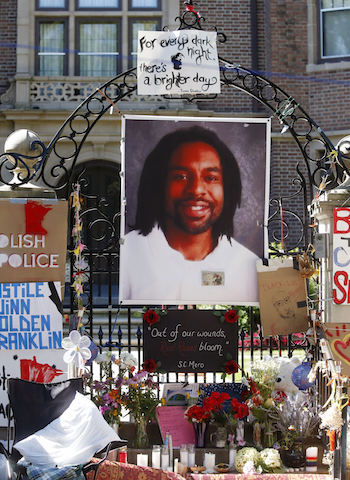 In this July 25, 2016, file photo, a memorial including a photo of Philando Castile adorns the gate to the governor’s residence where protesters continue to demonstrate in St. Paul, Minn., against the July 6 shooting death of Castile by St. Anthony police officer Jeronimo Yanez during a traffic stop in Falcon Heights, Minn. (Photo Courtesy: AP Photo/Jim Mone, File) 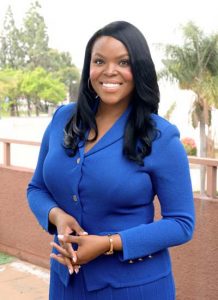 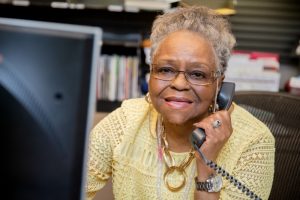 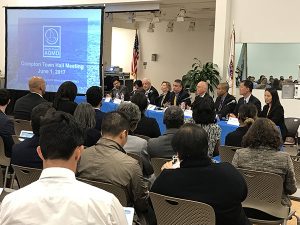 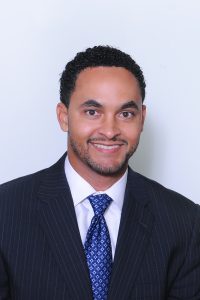