People who tend to minimize the importance of race are also more likely to minimize its cohort, white privilege. In today’s poisoned political climate, i.e. Donald Trump’s presidency, it is even more important that the Black community, especially, understands the role racism and white privilege play in their daily lives. (Trump’s personal crusade to kill Barack Obama’s Affordable Health Care Act, his administration’s education policies and more recently, his profane diatribe against expressions of free speech by NFL and NBA Black athletes-all are only   more blatant manifestations of racism and white privilege.

Those who believe white privilege no longer dominates American society, or that it is a post-racial society, might also contend there are snow-capped mountains in Florida: Racism still exists, white privilege still rules and the myth of a post-racial society is touted by those who benefit from maintaining the social, economic and political status quo. (Another prime example was the unparalleled vicious attacks on President Obama by the Tea Party and its supporters.)

A continuing discussion of racism and white privilege, especially among Blacks who remain the most victimized, is extremely important.  Accordingly, today’s column revisits a previous one on the insidious effects of white privilege and racism on all of our lives. The bogus claim that America is a post-racial society is fueled not only by staunch conservatives, but by others, including some Blacks-remember, a Post-racial America was one of Barack Obama’s campaign themes. For many Blacks, minimizing race is a misguided attempt to assimilate; they fail to understand that on the color continuum, the closer to white, the better, in effect, making assimilation an exercise in futility.

The late Derrick Bell’s penetrating analysis of race sheds light on seldom discussed aspects of the complex issue.  He argued racism is so ingrained in American life that no matter what Blacks do to better their lives they will not succeed so long as the majority of whites do not see their own well-being threatened by the status quo.  He reminded us that Blacks in bondage managed to retain their humanity and faith that pain and suffering were not the extent of their destiny.

Bell stressed that America’s veiled dogma of race-based progress fails those who have been marginalized:  Blacks, the poor and others whom the myth ignores. They must call for national action that incorporates their collective experiences. And he insisted they must find inspiration in the lives of oppressed people who defied death as slaves and freed men and women, insisting on their humanity despite society’s consensus that they were an inferior people. He also passionately argued Blacks can only de-legitimize racism by “accurately pinpointing it as the center, not the periphery of not only their lives, but the lives of whites and all others.”

Bell asserted Blacks must recognize and acknowledge (at least to themselves) that their actions are not likely to lead to an immediate or transcendent change.  He maintained only then can that realization lead to public policy less likely to worsen their condition and more likely to remind the nation they are determined to constantly challenge its power.

Professor Adolph Reed also raises provocative questions about the need for greater unity in combating racist policies, especially because of the devolving state of Black America.  He argues a cohesive collective was a myth necessary after the Civil War to present a semblance of unity.  Black leadership defined specific Black interests, named themselves leaders, and were assumed to be so by whites, a phenomenon that still exists.

According to Reed, egalitarianism appealed to both the civil rights movement and capitalists because it raised no hard questions about capitalism.  Rather, it stressed the immortality of racism and segregation and how they were obstacles to economic progress. He says Black opposition was integrated into the system in a way that strengthened, not challenged it.  Reed’s suggestions for remedying the situation include:  breaking Black elites’ control over the ideas in the Black community; critiquing so-called Black agendas in order to transcend Black leaders serving their own interests exclusively; and encouraging the diverse interests in Black communities.

Dr. Cornel West’s Nihilism in Black America is a corollary to his seminal essay Race Matters.   In it, he points out Blacks initially struggled against racism in the enslaved circumstances of a new world and argues (apart from racism), the major enemy of Blacks’   survival in America is a loss of hope and absence of meaning in their lives.  He also maintains   the genius of Blacks’ forbearers was to create powerful buffers to counter “the demons of helplessness, meaninglessness and lovelessness.”  “Black people have always been in America’s wilderness in search of a promised land…..but many now reside in a jungle with a cutthroat mentality devoid of any faith in deliverance or hope.”

All three scholars forcefully articulate the need for Blacks to debunk internalized, debilitating myths that race is no longer a significant factor in their lives and agree there is a dwindling vanguard of intellectuals who focus on substantive issues and solutions in the Black community.

Black unity is at the heart of all efforts to internalize the positive core values and strengths of our forbearers. And despite society’s denial, we must recognize white privilege and racism still exist and avoid being complicit in their continuing primacy. We must also guard against the twin burdens of victimization and futile dependence on others. This requires renewed commitment and courage to meet the enormous challenges of the 21st century. 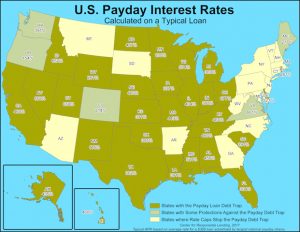 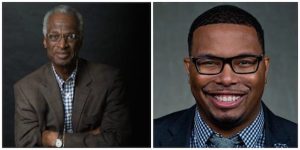 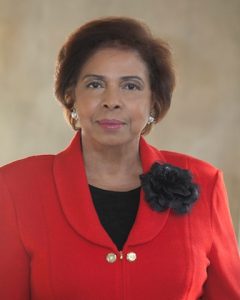