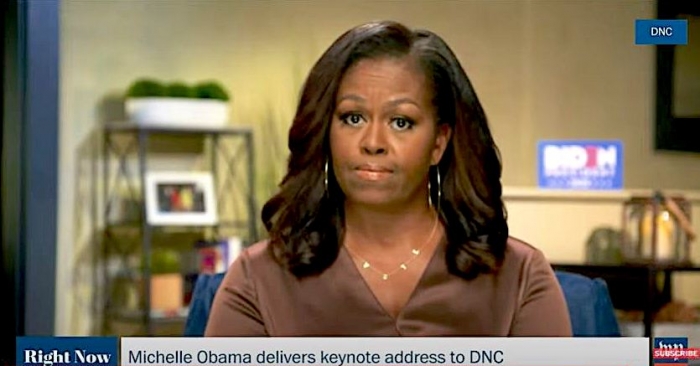 A historical moment unfolded over media channels across the country on Monday, August 17. The first night of the Democratic National Convention kicked off, virtually hosted by actress, Eva Longoria.  Policy makers from the highest point of government tuned in to endorse Joe Biden as the top presidential candidate.

The closing keynote speaker, Michelle Obama, ended the night in a tone of transparency and a call to action from within the community; she addressed the lack of character this country is projecting because of who is running it. Her points were direct and coming from a crystallized place, displaying the ambiance of just saying “what it is.”

Longoria opened the floor to the likes of Rep. Gwen Moore, Mayor Muriel Bowser, Rep. James E. Clyburn, and Rep. Cedric L. Richmond. They spoke positive affirmations over the Biden administration. The effects of the global pandemic in relation to the political leadership were critiqued.

There is a close relationship with the well-being of this country and the current democracy that is in flux. Trump responded to hundreds of thousands of deaths due to COVID-19, by stating, “It is what it is,” admitting a massive amount of lives have been taken, yet he seemed to have lacked empathy in his disposition.

Each representative created an energy that revealed the country is in need of healing and to be harmonious in the next choice of presidency. There has been a spotlight placed on racial injustices and equality.

The night commenced with a statement from Wisconsin Representative Moore as opening speaker. “We gather unified in spirit, unified in our values and purpose to heal divisions and together move the nation confidently into a prosperous inclusive future.” She continued, “Tonight, we are gathered to reclaim the soul of America.”

In a time of global uprisings, the current president made unwarranted and aggressive moves against peaceful protestors. This triggered Mayor Bowser to operate on a larger scale for Black Lives Matter plaza. Bowser explained the reason she motioned and saw through the creation of Black Lives Matter Plaza in Washington D.C., was to make the connection to the leadership of this country and the moral compass needed for true progression. 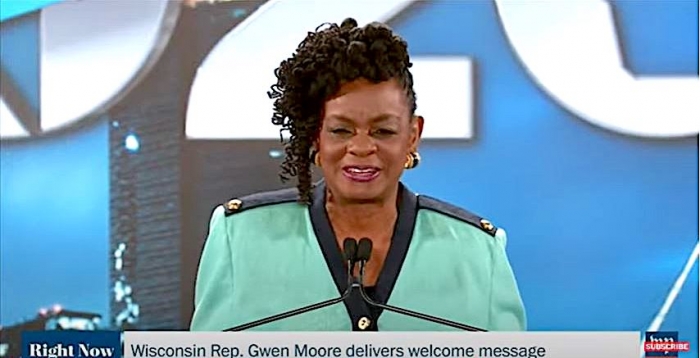 Representatives from across the nation virtually gathered under one fact, that America deserves better. What solidified the fumes of passion in the air was the emblematic statement from former first lady, Michelle Obama. She spoke with evidence that the country is not living up to the moral character it was founded upon. She stated there has been enough time for seeds to take root for a better America, but the country has not seen any fruit from that labor.

As the former first lady, she has experienced first-hand what attributes are needed to be an executive leader of this country. Obama described the title of President of the United states to have “immense weight.”

She stated, “The job is hard; it requires clear-headed judgement, a mastery of complex and competing issues, a devotion of facts and history, a moral compass, and the ability to listen, and abiding belief that each of the 330-million lives in this country has meaning and worth.” Obama continued to put those words into context, in relation to current leadership the country has not seen those attributes on display.

Trump, in an earlier conference, responded to the overflow of viral spread and escalated death rates found in this country, by saying, “They are dying. That is true—it is what it is,” he continued to say, “But, that doesn’t mean we aren’t doing everything we can. It’s under control as much as you can control it.”

Those words, “it is what it is,” hold value within communities of color. To certain ears, that phrase can appear aloof and show a lack of concern or care. The quote spread across the globe as did the current mood of the President of the United States.

Obama’s closing remarks shattered glass as she spoke with no filter, “… If we close out the noise and the fear and truly open our hearts, we know that what’s going on in this country is just not right—this is not who we want to be.”

She continued to explain the “cold hard truth,” Obama stated, “Let me be as honest and clear as I possibly can, Donald Trump is the wrong president for our country; he has had more than enough time to prove that he can do the job.” The former first lady continued, “He is clearly in over his head; he cannot meet this moment.  He simply cannot be who we need him to be for us. It is what it is.” 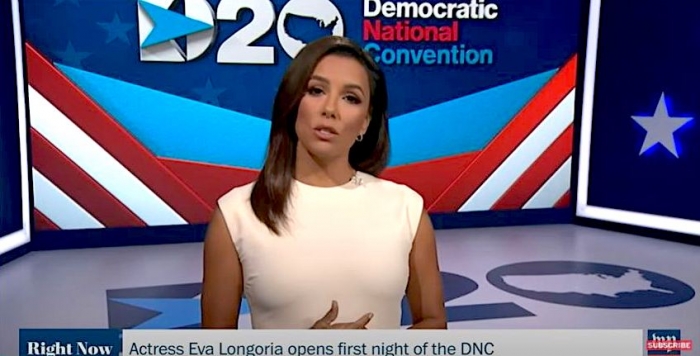 Obama broke down the current situation and handed it to everyone under the sound of her voice. The leadership, the policies, and the essence of this country lives in every human being that has a foot on this land.

The change must come from the mind.  The mind, in this case, is who sits in the oval office. Obama posed the question of who can guide the body of people into a new normal; where livelihoods are thriving and the quality of life for everyone blossoms after this storm. That is why for Obama, the right person for the job is Biden. Admittedly, she stated he is not perfect; there will always be flaws. However, the former first lady continued to express that she knows Biden, she recognizes his candor spirit and relates to the compassion that he has for people.