Space Hero Partnerships LLC has signed a Space Act Agreement with NASA for a feasibility study of a proposed Space Hero mission to the International Space Station. The Space Hero mission, targeted for 2023, will be provided by Axiom Space and may include a 24/7 immersive and interactive livestream.

The SAA is signed at a significant date in human history, as April 12, 2021 marks the 60th anniversary of the first human in space, Yuri Gagarin. Since then, more than 500 professionals have risked their lives to create a path into space that is now reliable for humanity to explore.

Thomas Reemer, Space Hero Creator, Co-Founder and Co-CEO, said: “We are grateful for the work that has been done in the space industry over the past six decades since Gagarin’s flight. Democratizing access to space is now more important than ever.”

Space Hero would be the world’s first global competition to send a civilian into space on a $55 million, 10-day trip to the ISS. The competition for this once-in-a lifetime journey will begin at the end of 2021. The call will be open to anyone who is over 18 and has a fluency in English. The flight is targeted for 2023. Space Hero is planning 15 seasons over the next 30 years, eventually flying beyond the ISS to the Moon and Mars.

Deborah Sass, Space Hero Co-Founder and Co-CEO, said: “Equality is our mission. We encourage women and men from all over the world to apply to become the Space Hero. This competition is a safe environment for everyone. Don’t let gender be a hurdle.”

Space Hero is currently talking to potential campaign partners, such as social networks, to aid with the global roll out. 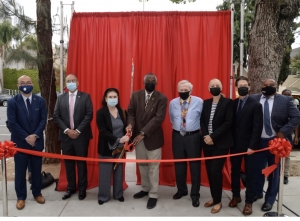