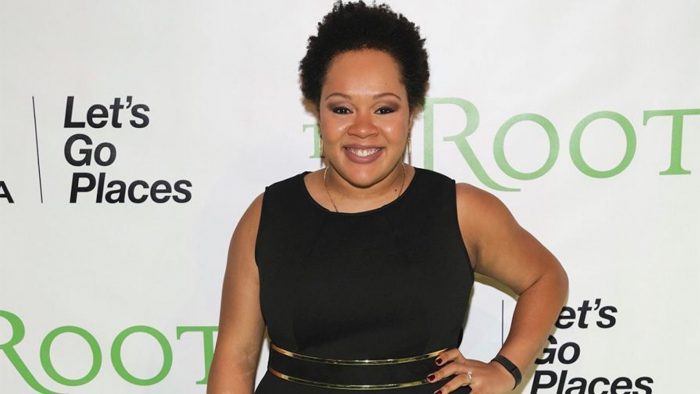 “Why do I have among the highest poll numbers with African-Americans? Why do I have my highest poll numbers,” was a defensive question posed by President Donald Trump, last week where he recently called out a Black reporter during a press conference for being racist. The confrontation comes during a recent, seemingly, whirlwind of insults hurled at Black leadership across the country. The latest journalist was among three that Trump hurled insults at, like “loser” and “stupid.”

The question was related to previous remarks at a rally in Houston, where the president declared himself a nationalist. The reporter, Yamiche Alcindor, White House correspondent for PBS NewsHour, asked whether that declaration has encouraged and emboldened White, nationalist rhetoric and activity across the nation. Trump did not answer the question during the press conference, but did respond by calling the question racist.

“I don’t know why you would say that,” Trump  said. “That’s such a racist question.”

“So what,” say his supporters.

“However,” said Adia Harvey Wingfield, a sociology professor at Washington University in St. Louis, who writes frequently about race and gender, “there’s also a clear commonality in the attacks he levels against people of color and Black professionals. These are straight out of historic playbooks about Black workers and professionals in particular — not being qualified, not being intelligent or having what it takes to succeed in a predominantly White environment.”

While at another press conference where reporters asked Trump a variety of questions about acting Attorney General Matthew Whitaker, African American reporter Abby Phillip for CNN asked if Whitaker would rein in the special counsel’s ongoing Russia investigation.

“What a stupid question that is,” Trump irritably replied.

“He is a classic example of a backlash politician: a leader who exploits real or perceived White anxieties by exhibiting a flamboyant hostility to the political and economic demands of Black Americans,” writes CNN commentator Errol Louis in his commentary, “Trump’s Insults of Black Americans Are Disgusting and Dangerous.”

“We’ve had a string of such politicians since the civil rights movement, and that is neither surprising nor coincidental: Like many social revolutions, America’s expansion of civil rights in the 1960s and ’70s gave rise to a potent counterrevolution.”

“ The prelude to his presidential run was his gleeful hyping of birtherism (questioning if former President Barack Obama was an American citizen), a multiyear campaign of conspiracy theories and obvious lies that served no purpose beyond calling into question the legitimacy of Barack Obama’s presidency.

“Trump has never renounced, or even acknowledged, the obvious racism of his birther falsehoods, and he never will. Birtherism — like talking about state’s rights in Mississippi — was a quick, convenient way to attract people ready to push back against Black advancement…”