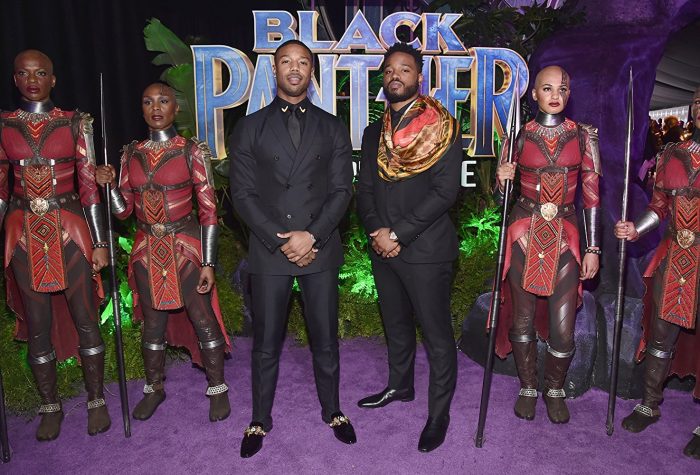 It seems that we’ve been waiting for the release of the world’s very first Black Marvel film for a while now, but let’s just say, the Marvel Cinematic Universe superhero film “Black Panther” is well worth the wait. Recently, the Sentinel had the opportunity to see the premiere of the film and attend a full-house press day to hear directly from the cast. Not only does the film break ground as the first in Marvel movie history to portray African culture, it also touches heavily on substantive topics atypical of Marvel films; generational wealth, technology, natural resources, women’s power, loyalty, honor and respect.

In case you didn’t already know, the film is directed by Ryan Coogler, the 31 year-old movie-making genius also responsible for creating and directing “Fruitvale Station” and “Creed.” In the span of just a few years, Coogler has remained on a meteoric rise in his filmmaking career, teaching us all the value of hard work and meaningful story telling. 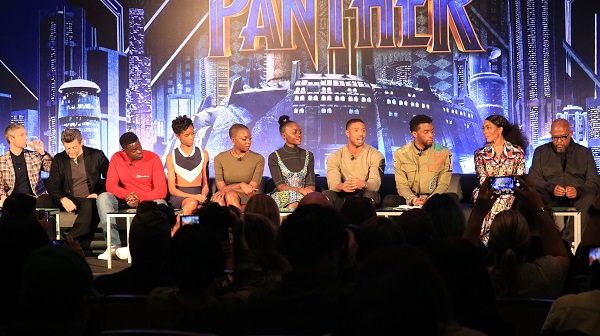 Black Panther cast and crew take the stage to talk about the groundbreaking film. (Photo by Brittany K. Jackson)

Veteran actor Forest Whittaker, who also stars in the film, says that he is most proud of Coogler for creating socially relevant films that make an impact around the world. “The moment that I met him and he started to express himself, I could feel the center of what he wanted to communicate to the world,” Whittaker said. “I’m just blown away watching his growth,” he added. Coogler says he feels “incredibly blessed” to have the opportunity.

Now we are certainly not going to spoil the film, but we will let you know that there’s an overwhelming presence of strong women in the film, who just so happen to kick a lot of butt, too. Lupita Nyong’o, who stars as Nakia in the film says that seeing women in this way provides a whole new landscape for viewers. 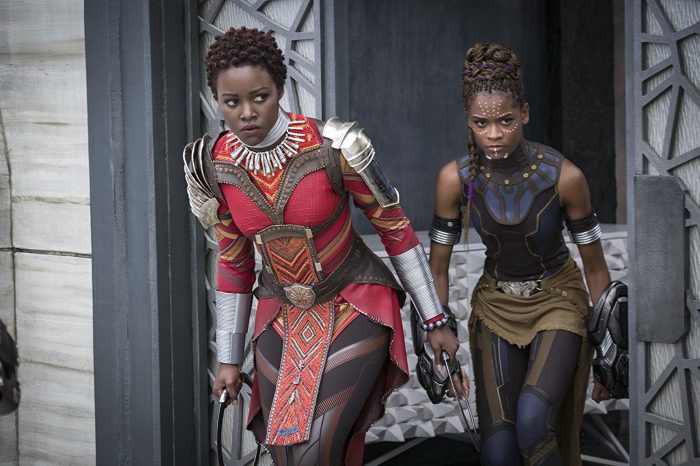 “What I love about the way this film represents women is that each and every one of us is an individual, unique and we all have our own sense of power and our own agency and we hold our own space without being pitted against each other. I think that’s a very powerful message to send to children, both male and female,” Nyong’o said.

“Oftentimes in movies, we fall in that trap where women, there’s very of few of us, and then we’re against each other, there’s a competitive spirit and this film freezes on that and we see women going about their business and supporting each other. The fact that in this film there’s so many of us, we really get a sense of the fabric of Wakanda as a nation. We see women alongside men and we see how much more effective a society can be if they allow women to explore their full potential,” Nyong’o continued. 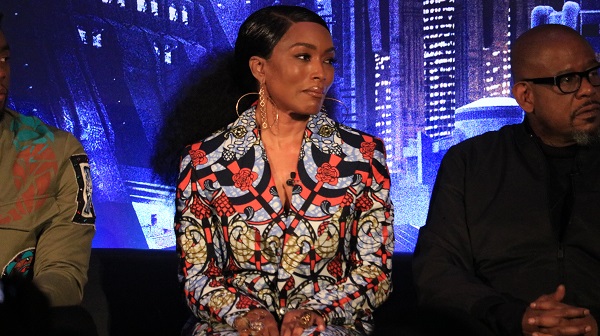 As the queen mother Romanda, in the film, actress Angela Bassett said it also placed unprecedented value on the relationship that should always exist between men, women and their families. “In African culture, they feel that there is no king without a queen. In this story, it highlights the queen, the warrior, the general, the young, so I was so proud to have my daughter and my son there (film premiere) last night because in their faces and in their spirit, they were feeling themselves. They stood taller after last night,” Bassett said.

As for the film’s cinematic and 3-dimensional motion graphics, well, you’ll just have to see the film to understand its marvelous glory. Michael B. Jordan, who stars in the film as the sexy villain named Erik Killmonger, says that nothing could have prepared them for what the cast saw on screen during the premiere. “We got a little glimpse of it, but to actually see it on screen, fully rendered, the complete project, it was incredible, it was mind blowing,” Jordan said.

And let’s not forget to mention the real king of the film, King T’Challa, played by “Get On Up” star Chadwick Boseman. In the process of preparing for the role and remaining true to the African roots the character is built upon, Boseman said he was often asked if an audience “could sit through a movie where the main actor spoke with an African accent.” While Boseman noted that many actors are trained from a “European perspective,” he wanted to ensure that his character did not assimilate and that Black and African cultures were well represented in film. 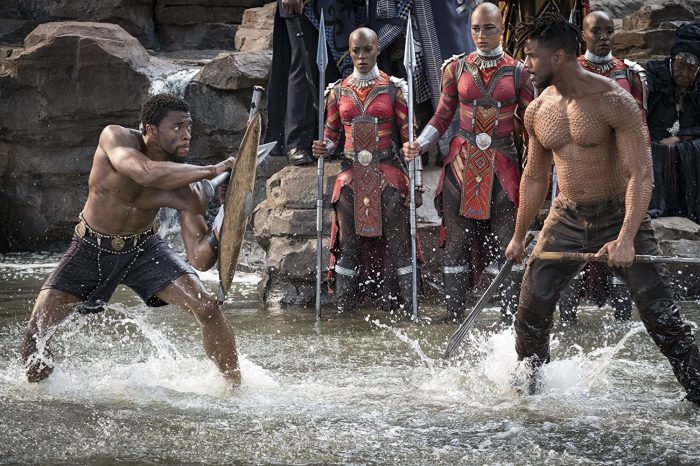 “What is considered great or classical is very often British. The intonations and melodies inside of an African accent are just as classical as a British one or a European one,” Boseman declared. “All of the emotions and aspects of a character can be shown through that accent and we have to take this opportunity to show that. You have to tell stories and be true to yourself as an artist,” he continued.

Danai Gurira, who is a fierce general warrior named Okoye in the film, says the film was extremely emotional, yet impactful to her Zimbabwean-American roots. “You see the power and potential of where you’re from, but you see how skewed it’s viewed by the world, and how misrepresented it is and how distorted it is received by the world,” Gurira stated. “We see beauty, we see power, we see potential, we see ability, we see resources, but they’re never exhibited. To put it on a Marvel epic scale of exhibition, it really salves wounds in a deep way,” she added.

In the grand scheme of things, “Black Panther” will certainly go down in history as a film that not only shatters records in the world of Marvel Studios filmmaking, but one that also provides Black and African cultures alike with an internal sense of self-worth and value. What rings true is the power we have to own and use our resources once we simply open our eyes and see the possibilities of our futures. To see exclusive footage of the “Black Panther” cast, visit www.lasentinel.net. 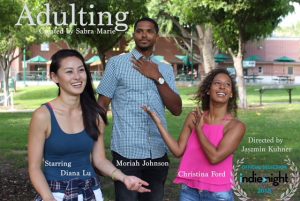 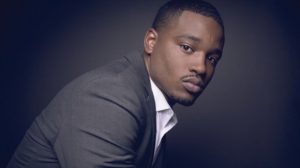 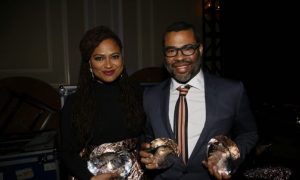 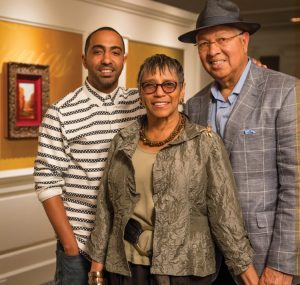 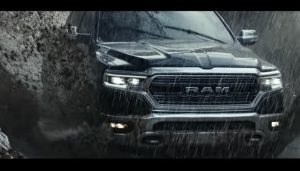 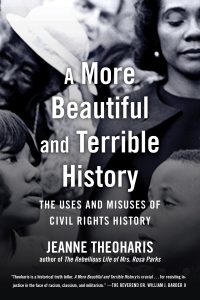