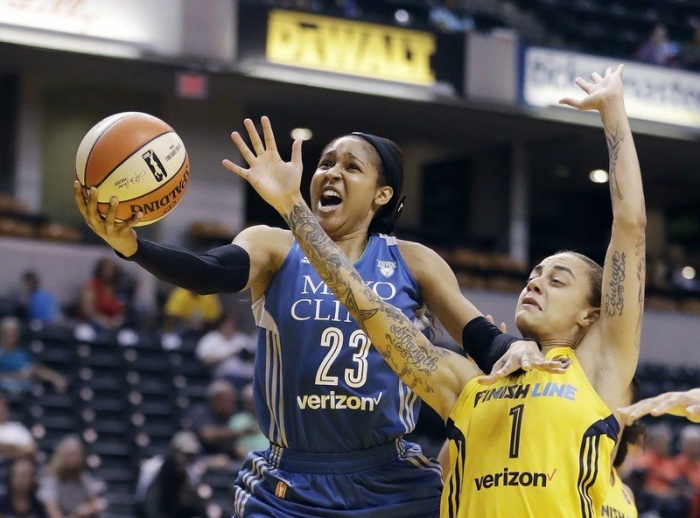 Moore told The New York Times in a story published Wednesday of her choice to stay off the court for 2020. She said in her interview with the newspaper that she’s not ready to retire. Moore’s agent confirmed her decision to The Associated Press.

The 30-year-old, who won the WNBA Most Valuable Player award in 2014 and was a five-time first team All-WNBA selection, also cited fatigue when she first surprised the basketball world last winter by announcing she would step away.

Head coach and general manager Cheryl Reeve said Wednesday in a statement issued by the club that the Lynx have “been in frequent contact” with Moore over the last year and praised her “fully engaged” effort in criminal justice reform and ministry. Reeve did not address Moore’s playing status.

“We are proud of the ways that Maya is advocating for justice and using her platform to impact social change,” Reeve said.

Moore has also helped the U.S. women’s team win two Olympic gold medals, but a USA Basketball spokesman confirmed to the AP that the star forward is out for the Tokyo Games this summer.

Moore has spent most of the last year trying to help a family friend overturn a conviction. Jonathan Irons has been incarcerated since 1997, convicted in the nonfatal shooting of a homeowner during a burglary. He is serving a 50-year sentence but has asked a judge to reopen his case.