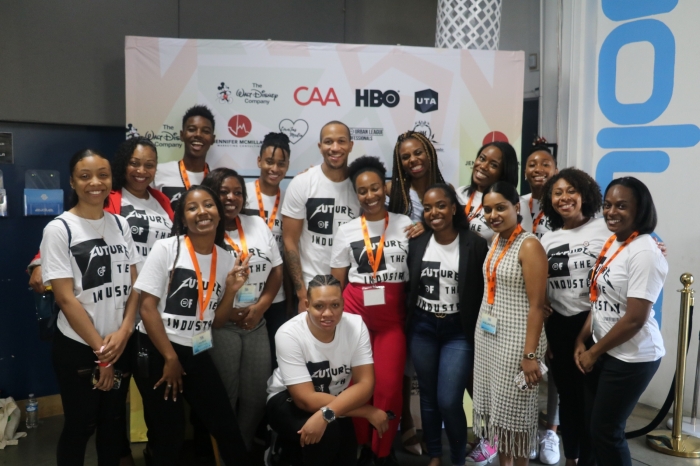 “The Future of the Industry” Summit hosted by the Los Angeles Urban League Young Professionals ( LAULYP) welcomed entrepreneurs, corporate employees and freelance artists of all kinds for two days of education, networking and Black excellence.

Following their mantra, LAULYP educated, empowered, and served their target community with great success and feedback from attendees. The outcome for some will be a greater network, new job, and the confidence to walk in the light of what they truly desire.

The event featured eight panels going over diversity in entertainment, working your side hustle into a full-time career, physical and mental health in the industry. A film screening of the short film, “Colors of Sankofa” was also discussed, as well as detailed looks into the business of professionals who work at Disney, Creative Artists Agency and United Talent Agency.

“Any time we get together intentionally to help the next generation; something positive comes from it,” Trell Thomas, founder of Black Excellence Brunch, and panelist in the “Hack on Diversity in Entertainment,” said. 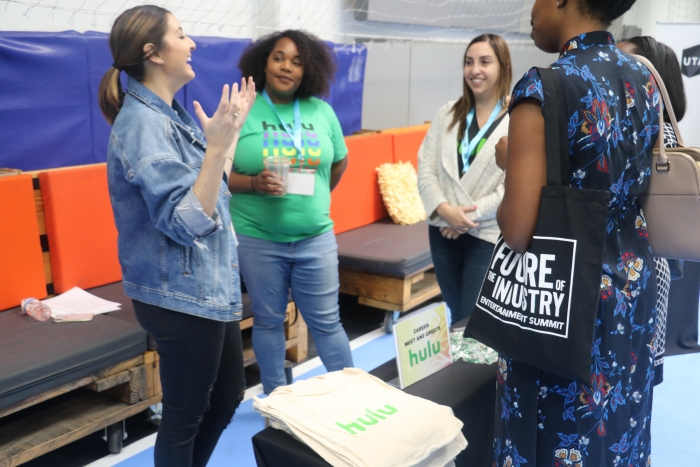 During the panel Thomas, along with entertainment lawyer, Sloan Whiteside and manager of Scripted TV and Production, Paige Simpson and moderator Tana Sessions, dug deep into how important it is to own your Blackness.

“People are waiting for you to be your authentic self,” Thomas declared, “don’t be afraid of your voice.”

There was also an interactive master class, “Blessed, Booked, and Busy with Kristen V. Carter, Trust Your Magic,” where she discussed the importance of a good elevator pitch, narrowing down what you do, and reflection of goals. On its own, the master class provided a great system of ice-breaking and networking for those who joined.

Victoria Dixon, a 28-year-old chemist, and filmmaker attended the Future of the Industry Entertainment Summit and shared her main goal of the day was to gain knowledge. “I love to learn. I love to listen and really get involved to a certain extent. Then when I get outside, see how I can use the information I’ve gained today.”

Dixon and many more did just that. Outside of the panels and master-classes, recruiters from Hulu, UTA and CAA attendees got a chance to speak with potential employers and increase their network. Vendors were also present to discuss their journey into entrepreneurship, while a photographer took headshots for those in need.

The joy of the faces amongst the crowd was a shared expression of gratitude and excitement for a push forward of a culture. With entertainment being the largest industry, the entertainment summit was able to address some of the most troubling topics faced by its young professionals. 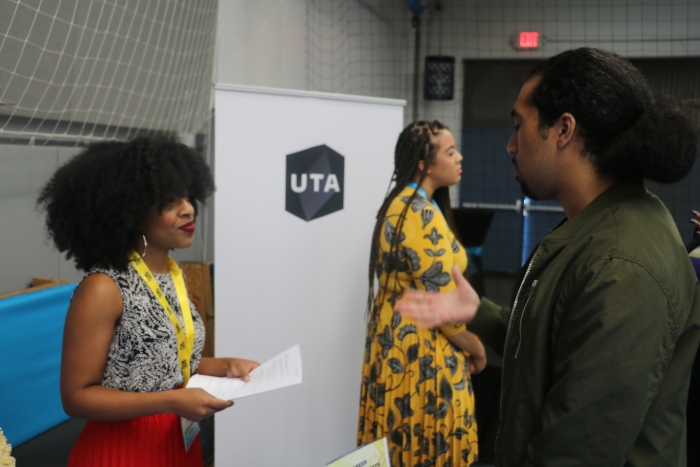 “The event was great, and I’m glad that more events are looking at the aspect of mental health and also looking at how our community can be more enriched,” Wendy T. Talley, LCSW, said. As a testament to how important events and networking truly is, Talley also shared her most recent career move as a therapist at Sony Pictures in Culver City, was made through one of her connections.

The event concluded with a townhall, “Hip-Hop and Politics: Using Culture and Creativity to Cultivate Change” led by LAULYP’s own Ebony Durham. The discussion dove deep into analytics, economics and how data essentially makes the rules when discussing Black people and hip-hop culture.

Day two, held at Office Party in Los Angeles, was a private event featuring a beautifully plated brunch treating guests to assorted fruits, chicken and waffles, mimosas, and more. The brunch was followed up with an awards ceremony, honoring Trell Thomas, who received the Next Generation Award, Cela Sutton of ARRAY Filmworks, receiving the Impact Award and BeWoke.VoteCampaign, winning the Activism Award.

To close out the weekend, a fun and friendly silent auction in partnership with the United Negro College Fund Emerging Leaders program. Bidders had the chance to win signed LA Sparks basketball, along with season tickets, spa days and more. All proceeds benefited the LAULYP and its partner.

President of LAULYP, Danielle King and the entertainment committee leader Jasmine Kent handled the auction, sharing their gratitude and gracious smiles with the bunch. Proving to them, the entertainment summit was received and celebrated amongst attendees. The sophisticated event was a perfect culmination of the weekend events, a proper time to wind down and socialize.

“The entertainment summit was truly remarkable. It was a gathering of some of the brightest minds in the industry,” Ammon Lyle, 25, who attended both days shared. “Seeing people of color representing so many different areas of entertainment gave me hope for the next generation of moguls. We’re setting new standards of excellence each day!”