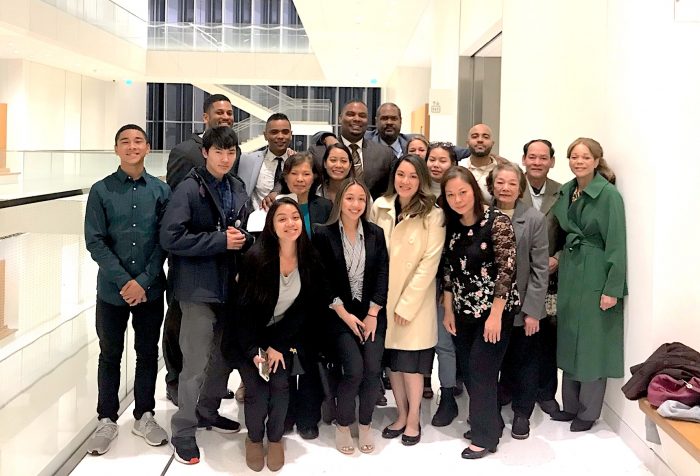 Ivie, McNeill, & Wyatt and The Cochran Firm (back row) with the family of Ms. Sinuon Pream, a mentally dis- abled woman who was fatally shot by Long Beach police officers. (courtesy photo)

Concluding a four-day trial, on Friday, March 23, 2019, a United States District Court for the Central District of California jury awarded $9,800,000 to the family of a mentally ill Long Beach woman who suffered fatal injuries on January 15, 2017, as a result of being shot seven times by two Long Beach police officers.

The jury of six women and two men unanimously found that the shooting officers acted with “malice and oppression,” supporting a finding of punitive damages against the officers, and additionally found that the shooting incident “shocked the conscience,” which allowed the parents of the deceased woman to recover damages for the loss of their familial relationship with their daughter. This global award represents the largest jury verdict that has ever been awarded by a jury against the City of Long Beach arising out of a police shooting, and the second largest verdict ever handed down by a jury in the Central District of California in a police shooting case.

Plaintiffs were represented at trial and in the case by attorney Rodney Diggs of Ivie, McNeill, & Wyatt and The Cochran Firm attorneys Brian Dunn, Constance Rice and Megan Gyongyos.

“We hope that this verdict will save lives and change the way that the officers in the Long Beach Police Department and other police departments respond to people that are suffering from mental illnesses,” said The Cochran Firm managing attorney Brian Dunn.  “It has been a great privilege and a great honor to join forces with such a venerable and respected law firm, Ivie, McNeill & Wyatt, to achieve to this wonderful result for this well-deserving family. We have been on opposite sides for a long time and it is a true blessing that we are on the same side this time.”

On the morning of January 15, 2017, Long Beach police officers Bradley Muhlenkamp and Elieser Domingo were dispatched to the intersection of 7th Street and Bellflower Boulevard near the Veterans Administration Hospital in the city of Long Beach.  They were responding to reports that 37-year-old Sinuon Pream had been assaulting and threatening civilians with a knife. Upon arriving at the location, the officers observed Ms. Pream pushing a shopping cart and waving a knife. The officers, believing Ms. Pream to be possibly transient and possibly suffering from a mental illness, ordered her to drop the knife–a fruit carving knife less than 4 ½ inches long. She refused to do so and began moving away from the officers. The officers ordered Ms. Pream to drop the knife again and according to the officers, she refused to drop the knife and responded to the officers with profanity while proceeding to move away and continuing to wave the knife at them. Less than a minute later, the officers proceeded to fire a total of 8 total rounds at Ms. Pream, hitting her 7 times.

The officers claimed that they fired the at Ms. Pream because they feared that she was attempting to attack Officer Muhlenkamp with the knife at the time of the shooting. The jury disagreed. Some of the jurors who returned this historic verdict felt that the responding officers should have employed less aggressive tactics which would have taken into consideration Ms. Pream’s mental illness. These jurors also felt that the manner in which the bullets entered Ms. Pream’s body demonstrated that she was not facing the officers during the shooting, and consequently did not pose a substantial threat to the shooting officers throughout the shooting incident. 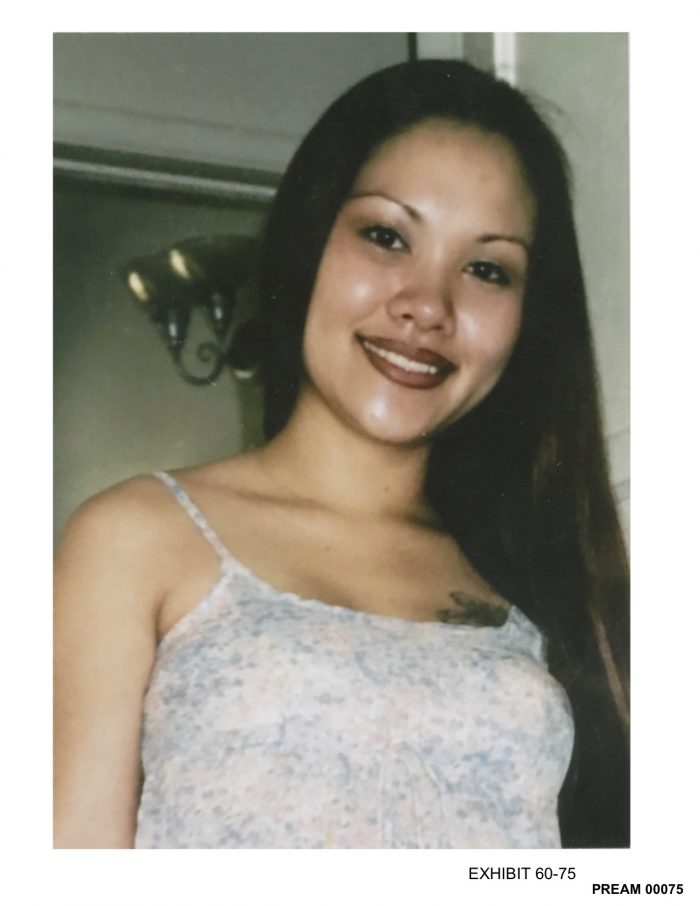 “The verdict that the jury came back with on behalf of the Pream family speaks volumes,” added Rodney Diggs, partner and director at Ivie, McNeill & Wyatt. “The jury got it right in this case.  They evaluated the evidence before them and was able to come back with a substantial verdict for the awful shooting that was done by the Long Beach Police Department. My hope is that this verdict sends a message to the Long Beach Police Department and other police departments that there are other options available before resorting to deadly force.  In reverence for human life, deadly force must be the last option that is ever used by law enforcement officers. That was not the case in this shooting. Working together with the Cochran Firm to achieve justice for the Pream family has been a wonderful experience.”

Upon receiving the verdict, the family of Ms. Pream issued the following statement: “As we mourned Sinuon’s death these last two years, we remained confused and devastated, not knowing how or why it happened. We are so thankful to Rodney, Brian, Megan, Constance, Darryl, and the team at Ivie, McNeill & Wyatt for all their hard work and dedication to this case. We are also grateful to the jury for believing our story and understanding our family’s perspective. While this was an extremely tough week at trial, hearing the full details of what actually happened and receiving this verdict makes us feel like we have finally received justice. We hope Sinuon’s soul can finally rest in peace.”

“I think the verdict that came down in the Pream case is a true testament to what our system of justice can achieve when you have a family that’s willing to fight when something terrible has happened to their loved one at the hands of the police and when you have a team of fine attorneys behind that family every step of the way from the beginning until the end of the this tragic, tragic case,” said Megan Gyongyos, associate attorney at The Cochran Firm.  “To see this jury come back, after taking their job so seriously, and to validate everything that the family has felt since this occurred is just a fine example of what can be done by good people to achieve the right result.”

“I am both humbled and honored to have been

a part of such an important case,” said Darryl Meigs, a law clerk with Ivie, McNeill & Wyatt.  “It feels amazing to get justice for the family of Ms. Sinuon Pream, but I also hope this verdict sends a clear message to law enforcement that there needs to be a major change in the way that officers deal with the people in our communities who are impacted by mental illness.” 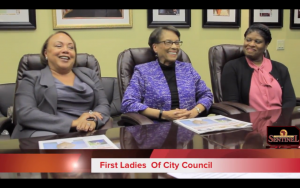