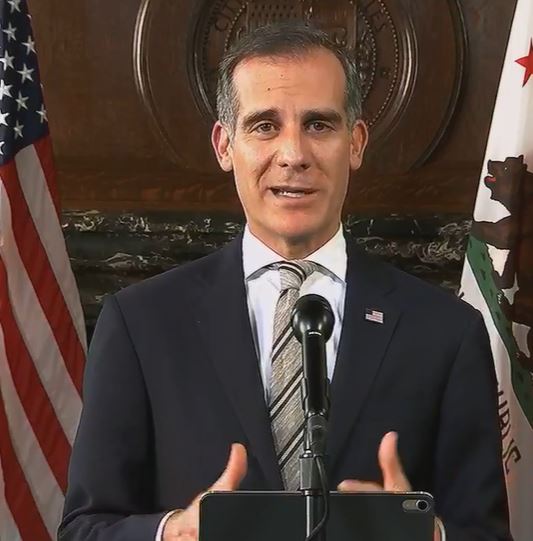 Positive cases among COVID-19 continues to grow, Los Angeles is now facing secondary turbulence within the community. The murder of George Floyd due to police brutality escalated preexisting frustrations that all residents shared. Los Angeles City Mayor Eric Garcetti disclosed plans to protect L.A. during a time of rage and violence, while holding the cause for a peaceful protest as the focal point. Additionally, the mayor shared information surrounding the testing sites closed due to the commotion in the city and the plan to keep Los Angeles on track with recovery.

It was one week ago today that George Floyd had his life taken. People across the nation took to the streets and protested for the call of action for the injustice of another person of color being slaughtered. Garcetti announced the disparities a state of emergency and accepted the support of the National Guard. The city is looking to provide safety measures to protect small businesses that are vulnerable to looting and property damage. Under the leadership of Chief Michel Moore, the county has a set curfew from 6 p.m. to 6 a.m., Los Angeles City streets will be under high surveillance during those times for people who do not have the intentions to abide by that guided timeline.

The Mayor of Los Angeles stressed the concern for safety during this time, the violence seen throughout the city is impacting the progression of economic recovery. Additionally, a number of testing sites had to close due to volunteers not feeling comfortable enough to work the sites.  Small businesses that were looking to reopen are facing the fear of looting and property damage. Garcetti is looking to create a plan to protect store fronts and move forward in the journey of recovery. Working collaboratively with the chief Michel Moore to enforce the curfew, Garcetti explained in deep detail why this timeline was put in place. Garcetti mentioned the focal point is to have peace and justice for those standing on the right side of history.

The small businesses in L.A. suffer the most, it impacts the employee who were looking to start re-building a life with a consistent paycheck. They were counting on conditions improving, only to be met with property damage and looting. Storefronts are part of the foundation to build the Economic Recovery. To keep on track, the mayor announced the efforts that will be available to brick-and-mortars affected by the violence. Over 100 businesses were impacted by the destruction, The Los Angeles Department of Building and Safety has been conducting safety assessments to property owners who request one at no cost. In some estimates, glass was the only thing needed to be prepared and they were approved to open again once they fixed it. Other storefronts had fire damage and require permits.

The Department of Building and Safety are committed to processing the plans for reconstruction starting on the same day they receive them. Additionally, the demolition and hauling fee so brick-and-mortars do not have to pay to have debris removed from their shops. The Los Angeles Sanitation Department will provide roll-out and dumpster services to assist with removing waste from the sites. Garcetti is looking to propose a budget to city council to assist directly with businesses, for the wellbeing of employees and inventory. The mayor stated, “We need to bring our economy back, for our businesses, for our workers, for our neighborhoods, for us all.” The mayor is looking to build the city in the face of many setbacks, it is going to take all Angelenos cooperation to propel the economy forward. 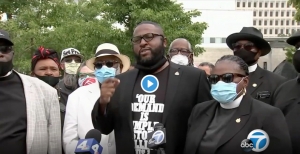