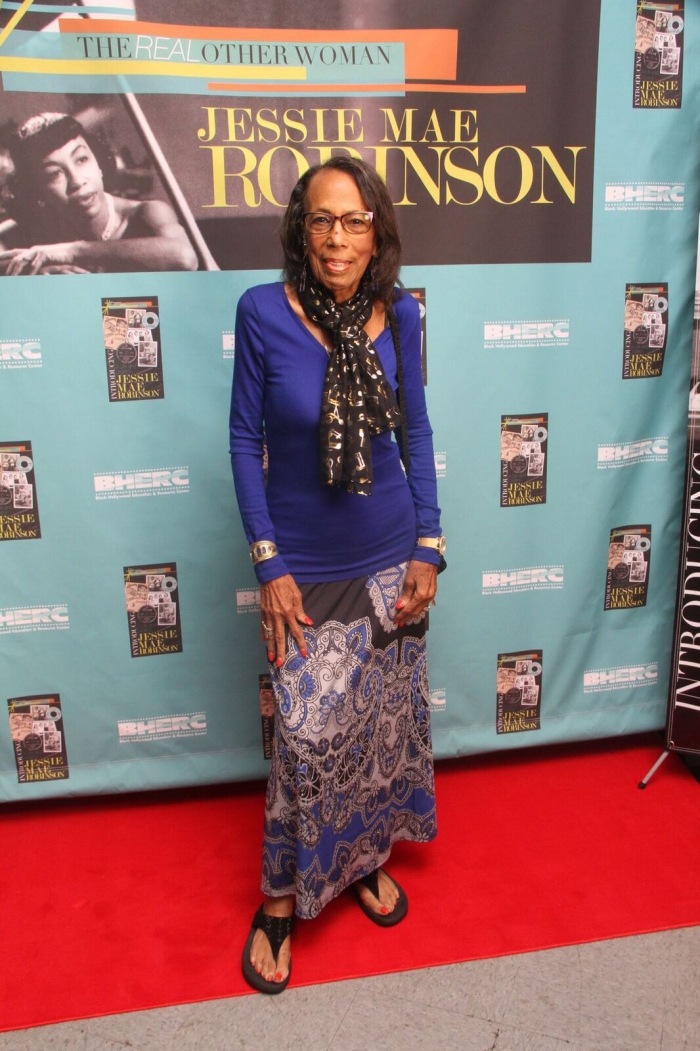 Family and friends announce the passing of one of the legendary “LA Eastsiders,” noted pioneering wardrobe designer and entrepreneur June Meredith Draper Lynch on June 29th, 2022.

Born June 29, 1936, in Los Angeles to Leonard and Jessie Mae Robinson, June was an only child, who accepted Christ at an early age and remained a faithful servant until the Lord called her home on her 86th birthday.

June and her family were a part of the generation of Black Angelenos who grew up on the famed “Eastside” of Los Angeles. It was there that Black life was filled with an abundance of faith, pride, self-determination, music, and great unity, built from their southern roots.  Everyone was family; and Black family, culture, education, business, and church were central to a vital growing community.

Throughout her life, June reflected on her “Eastside” upbringing, with great joy, and always raved about the impact it had on her and so many others.  Later in life, she enjoyed attending many reunions, picnics, parties, jazz festivals, and other events often celebrating and rekindling that Black “Eastsider” love.

June matriculated through Los Angeles public schools on the Eastside. That is, until her groundbreaking and famed mother, noted songwriter, journalist, and poet, the phenomenal Jessie Mae Robinson, moved the family to the historic West Adams District. June would later graduate from Los Angeles High School in 1954.

June’s upbringing was filled with love and great excitement. Always close at hand, June had a first-row seat witnessing her mother’s magic and musical genius, and her ensuing groundbreaking career as a gifted and highly successful songwriter. They shared a very close bond.

June frequently sat at her mom’s side listening with her to many of the great songs she wrote and produced including top hits such as “I Went To Your Wedding,” “The Other Woman,” “Tears, Tears, Tears,” “Let’s Have A Party,” and “Cold, Cold Feeling.” 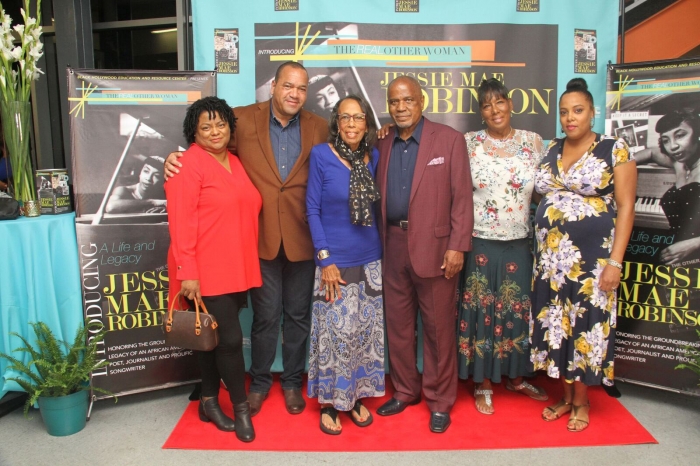 June’s mother, Jessie Mae Robinson, was one of the early successful Black songstresses who fought the battles against racism and sexism. Because of her race and gender, barriers stood taller than usual, as she worked to get her songs published, produced, and performed. As June witnessed her determination Jessie would often tell June that she was the inspiration for her career. What a celebrated career it was.

June attended many of the notable events that recognized her mother. From award ceremonies and concerts to her induction into the American Society of Composers, Authors, and Publishers (ASCAP). Jessie Mae Robinson was one of the first female songwriters to have three hits on the top 25 music charts at one time.

In 1954, June married Randolph Manor and from this union came a daughter, Gail Melody, and a son, Kevin Manor. Their arrival brought great joy into the family home and was adored by their grandmother and all who met them.

In 1964, June married Gilbert Draper and the family joyfully welcomed son, Eric, who added more love and excitement to the family.  Eric would inherit the creative side of his mom and grandmother, becoming the personal photographer for the 43rd President of the United States, George W. Bush, who oversaw all photography at the White House.

In the 70s, June became a celebrated artist in her own right, becoming a gifted and in-demand wardrobe designer and seamstress. She married Marcus Lynch and together they owned the renowned business, Marcus and June, located in Los Angeles. The couple was also known for Boot Hill, where they brought many vendors together to serve the community and uplift Black businesses.

June and Marcus were sought-after designers, designing clothing and shoes for such athletes and celebrities as Bill Russell, Alice Cooper, the Commodores, and several movies. Such movies as “The Mack,” and “Three The Hard Way” to name a few. The pair were known for bringing high-end style and flash when called upon by many entertainers and sports personalities to design clothes and shoes for them.

Today one of June’s most famous garments, the coat that was worn by Max Julien in the groundbreaking movie, “The Mack,” is on display at the African American Museum of History and Culture in Washington, DC. To be celebrated as a treasured piece of art representing Black Culture in America.

Following her decorated career as a designer and seamstress in Hollywood, June later became a well-known and respected banker. Building quite the career with Litton Savings and Loan, and First Federal Savings and Loan where she retired.

June was a devout Catholic and loved being active in her church and the community.  In 1980, she joined the historic St. Brigid Catholic Church, where she was a proud member of the Gospel Choir and the Parish Council.

Her greatest honor was leading so many friends and family to church and introducing them to the Lord – an honor that her daughter, Melody, so fondly and loving cherishes.  June was also a faithful member of the Zadarians, a dedicated organization that developed community programs to help those in need. 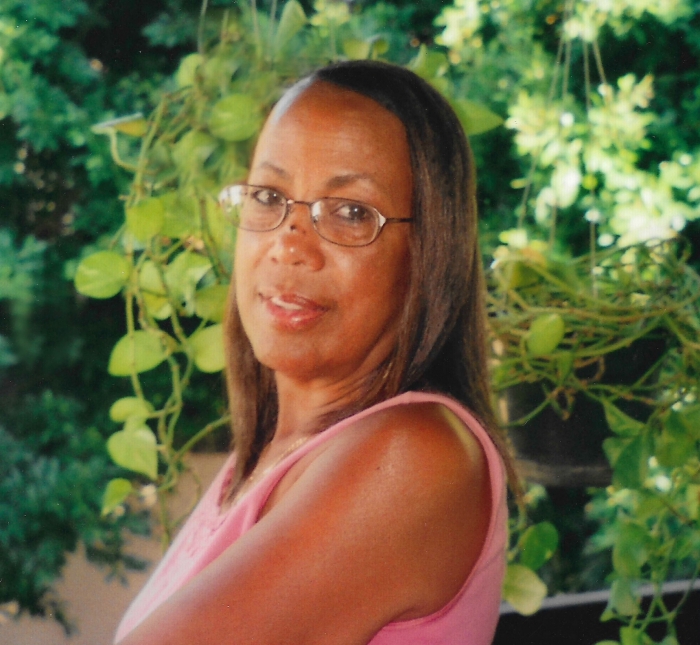 One of the greatest roles and honors of her life was advocating and fighting for her mom’s musical legacy and ensuring she was recognized for her outstanding songs in American Music History.  On October 26, 2018, before a sold-out crowd, a tribute was given in honor of June’s mother, on what would have been her 100th birthday.

Many other accolades and applause were given to June who never wavered in ensuring that her mother, Jessie Mae Robinson’s legacy was not forgotten; and that those who attempted to take her music were held accountable.

June loved her family and so many others who she lovingly brought into her family. She enjoyed traveling the globe especially, cruising. However, it was her faith that was core to who she was.  She was grounded in God’s grace and mercy. 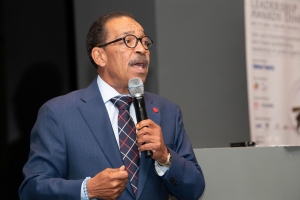 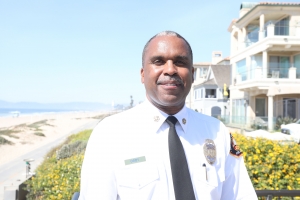 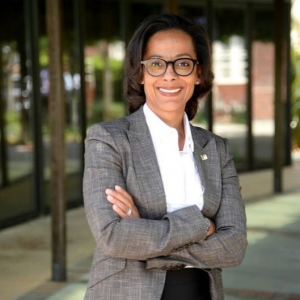 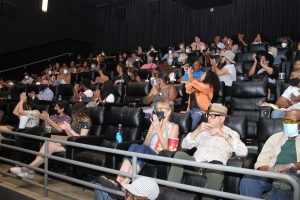 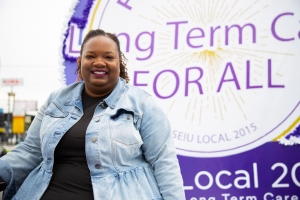