The floor stayed opened for youth to express themselves passionately about what is affecting their lives. 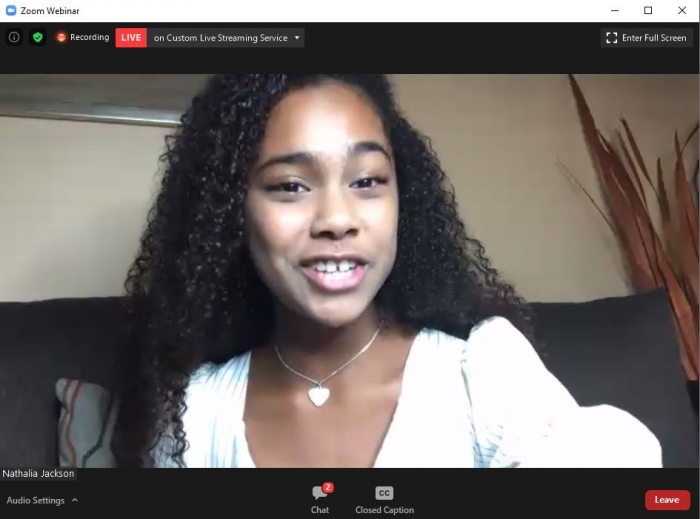 Nathalia Jackson, one of the youth advocates speaking about gun violence

Recently, legislation reflected on the effects the global pandemic will have on future generations. A roundtable was created to discuss this with young adults; Assemblymember Mike A. Gipson designed a platform on Wednesday with other California legislative leaders to hear from the authentic voices of youth. The mental breakthrough this generation is trudging through has become an essential tool to global change. Youth advocates spoke from their hearts and in their language about the issues.

The event entitled “Let’s Talk About it” represented the yearn for growth within the minds of community leadership. They recognized through these historical waves of events there will be trauma and possible turmoil among young hearts, which could create a slanted perspective in adulthood. The best solution is to talk through what is being processed in real time. 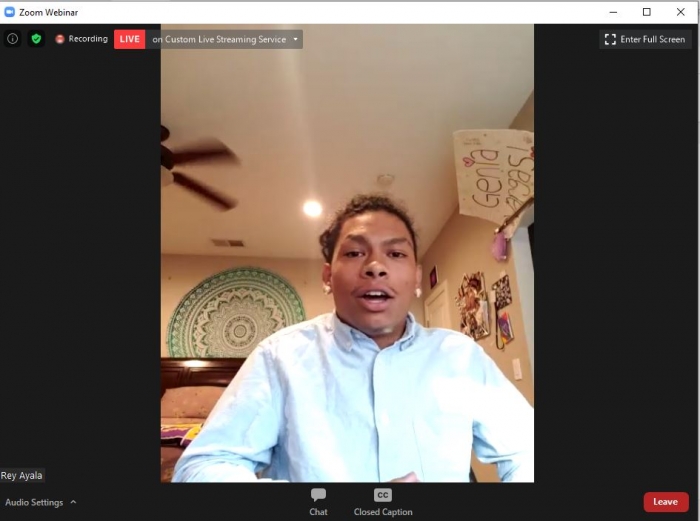 Asm. Gipson, born and raised in the Watts, currently serves as Democratic Caucus Chair; he is familiar with leading roundtables and discussing the real priorities of the community. He is a member of various committees that include business, governmental organization, human services, insurance, and transportation. He is a well-rounded advocate that has navigated policies and measurements through rigid terrains in city hall.

The panel allowed the future to be heard in order to channel the proper steps into a new healthier world in the present. Their thoughts must be heeded for meaningful change to take place. Standard “house rules” were set in the conversation but Asm. Gipson, who encouraged the advocates to speak in their own terms about how they feel.

Gipson stated, “Let me be clear, this is about a safe place for each and every one of you. This is a judge free area and space, that you can speak with your authentic voice and be who you are. We want to hear from you, we want to hear what’s going on all over the state of California.”

The floor stayed opened for youth to express themselves passionately about what is affecting their lives.  Gipson also wanted to talk about how the pandemic has altered memories of holidays and celebration due to the need for physical distancing. No subject was off the table at “Let’s Talk About it.”

Assembly member 9th District Dr. Weber (Black Caucus) said, “I’m looking forward to the conversation, its an honor to represent the California Black Caucus that’s been so involved with so many of the issues of young people fighting in the streets, and so it’s good to know we had an agenda last year and this year that really reflects that.” 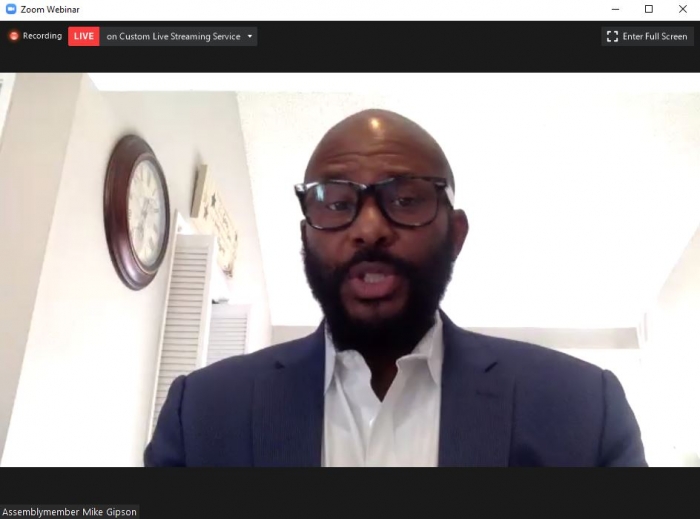 Youth leader Rochelle Trochtenberg opened the discussion; she ensured this platform was a safe space that catered to their stories. The value of sharing these proactive thoughts of healing from archaic traumas is essential for all demographics to march harmoniously towards progression.

Young women and men from all walks of life unmasked their thoughts. Some had many concerns that were mindfully written out, others shared a profound sentence that captured the overall essence of the current condition. They shared their vulnerability they experienced firsthand. A young man that went by “Ray” described his memory of being at a peaceful protest for the late George Floyd and he was shot with a rubber bullet. He showed the wound on his leg with the mold of the bullet breaking the skin on his thigh and shared it took so long to heal and he continued to explain his stand for police reform.

Nathalia Jackson spoke about her life of losing her dad to gun violence, catapulting her to focus on being an anti-gun youth advocate. Jackson stated, “What keeps me up at night is knowing at any moment or at any time another child can lose their father because someone decided to pull the trigger on another human being. Knowing that another child will go through the same suffering or pain of losing a father and knowing that every one of these victims has a family.”

The dialogue was complimented but not interrupted by the legislative panel; they commented on each youth speaker, applauding them for their bravery of sharing their stories. Each young adult had a different seed to plant and legislative leaders nourished them with encouragement. Many thought-provoking topics were being discussed including concerns of racial equity, gun violence, homelessness, police brutality, institutionalized racism within the educational system, and a plethora of pressing matters being exasperated due to COVID-19.

Each young adult had a different seed to plant and legislative nourished those thoughts with encouragement. Many thought-provoking topics were being discussed including concerns of racial equity, gun violence, homelessness, police brutality, institutionalized racism within the educational system, and a plethora of pressing matters being exasperated due to COVID-19.

Youth are demanding change to happen now, the resolve is to respond to key social issues on a local level. The young adults collectively asked for city leadership to answer the calls for help found across Los Angeles.