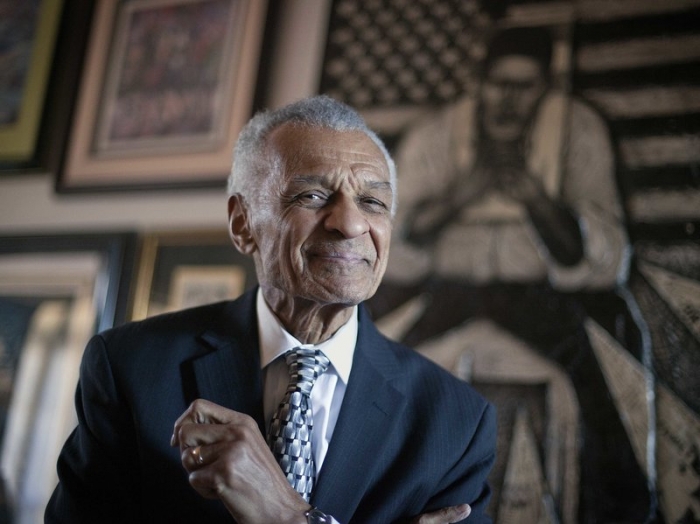 “Some thoughts on the Reverend C.T. Vivian, a pioneer who pulled America closer to our founding ideals and a friend I will miss greatly,” Former President Barack Obama wrote in a statement. “We’ve lost a founder of modern America, a pioneer who shrunk the gap between reality and our constitutional ideals of equality and freedom.”

Vivian’s daughter, Denise Morse, confirmed her father’s death and told Atlanta’s NBC affiliate WXIA that he was “one of the most wonderful men who ever walked the earth.”

Vivian reportedly suffered a stroke earlier this year, but his family said he died of natural causes.

“He has always been one of the people who had the most insight, wisdom, integrity, and dedication,” said former Atlanta Mayor Andrew Young, a contemporary of Vivian who also worked alongside King.

“Rev. Vivian, like Martin Luther King, Jr, and Joseph Lowery was a visionary theologian, genius, and a leading force in the tactical and strategic planning of effective nonviolent civil disobedience demonstrations. C.T. has passed the eternal baton to a new generation of civil rights agitators and organizers.” In a statement emailed to BlackPressUSA, the NBA’s Atlanta Hawks expressed their condolences.

“The Atlanta Hawks organization is deeply saddened by the passing of Civil Rights Movement leader, minister, and author, Dr. Cordy Tindell “C.T.” Vivian. The city of Atlanta and the entire world has lost a distinguished icon whose leadership pushed the United States to greater justice and racial equality for African Americans,” team officials wrote in the email.

“To inspire the next generation, Vivian founded the C.T. Vivian Leadership Institute in Atlanta, with the intent to create a model of leadership culture in the city that would be dedicated to the development and sustainability of our communities.” 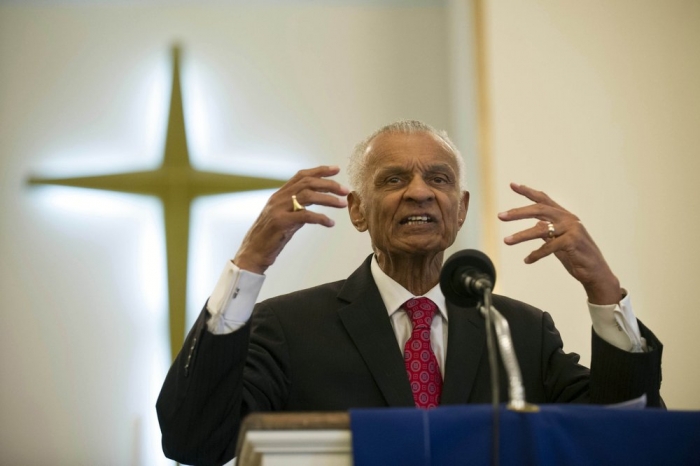 In this June 19, 2014, file photo, Civil Rights pioneer Rev. C.T. Vivian preaches during a commemoration of the 50th anniversary of the Civil Rights Act in Knoxville, Tenn. (Paul Efird/Knoxville News Sentinel via AP)

“Vivian also started Basic Diversity, one of the nation’s first diversity consulting firms, now led by his son, Al, who has been a great partner to our organization. We are grateful for Dr. Vivian’s many years of devotion to Atlanta and thankful that we had the opportunity to honor and share his legacy with our fans. The entire Hawks organization extends its most sincere condolences to the grieving family.”

Rev. Vivan was active in sit-in protests in Peoria, Illinois, in the 1940s, and met King during the 1955 Montgomery bus boycott — a demonstration spurred by Rosa Parks’ refusal to give up her seat to a White rider. The 13-month mass protest drew international attention. 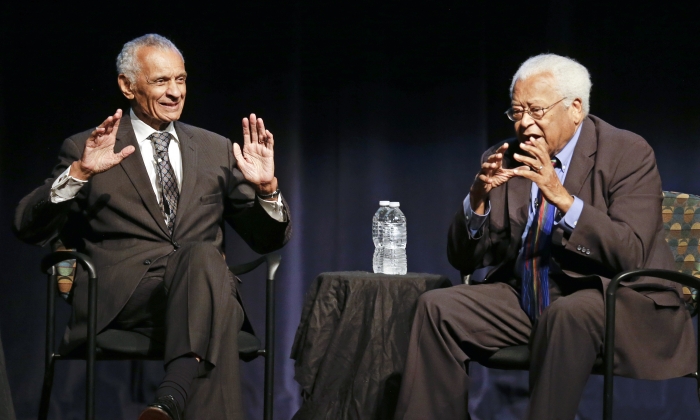 Rev. C.T. Vivian, left, and Rev. James Lawson take part in a discussion at Middle Tennessee State University about the Voting Rights Act Thursday, Sept. 17, 2015, in Murfreesboro, Tenn. The two legends of the Civil Rights Movement say they’re encouraged by efforts to maintain equality at the polls amid what they see as attempts to thwart it. (AP Photo/Mark Humphrey)

Rev. Vivian went on to become an active early member of the group that eventually became the Southern Christian Leadership Conference, according to his biography.

Like King, Vivian was committed to the belief that nonviolent protests could carry the day.

“Some thoughts on the Reverend C.T. Vivian, a pioneer who pulled America closer to our founding ideals and a friend I will miss greatly,” Former President Barack Obama wrote in a statement. “We’ve lost a founder of modern America, a pioneer who shrunk the gap between reality and our constitutional ideals of equality and freedom.”

Rev. Vivian was born in Boonville, Missouri, on July 30, 1924. He and his late wife, Octavia Geans Vivian, had six children.

With the help of his church, he enrolled in American Baptist Theological Seminary in Nashville in 1955. 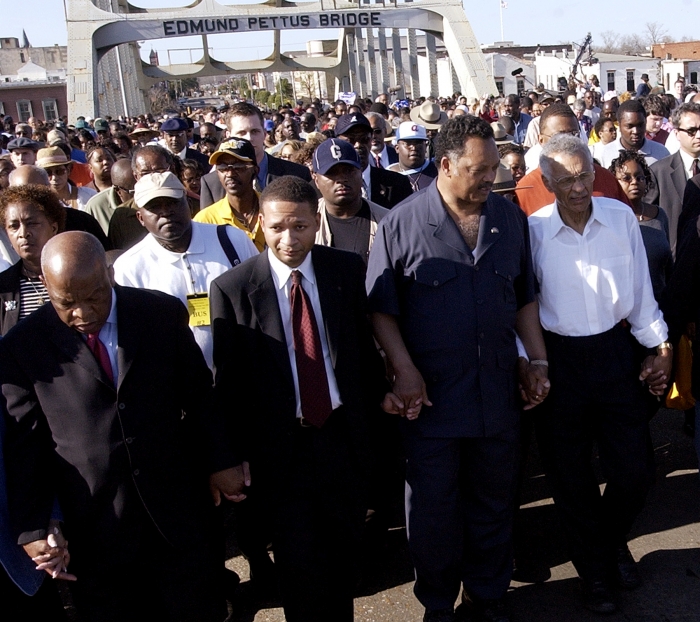 By 1965, Rev. Vivian had become the director of national affiliates for the Southern Christian Leadership Conference when he led a group of people to register to vote in Selma, Alabama. 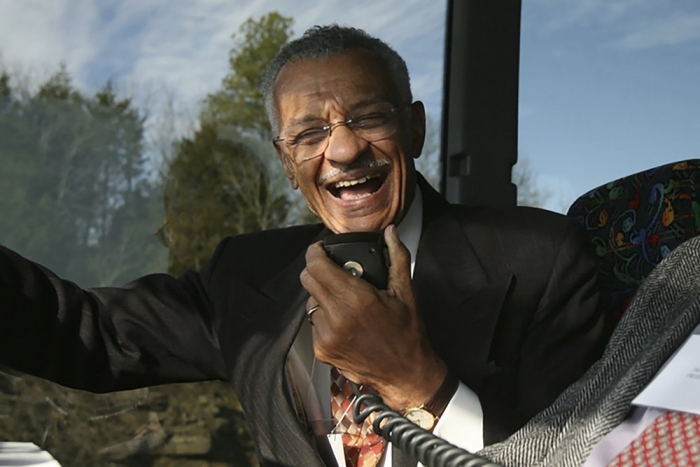 In this Jan. 27, 2007, file photo, C.T. Vivian uses an intercom with Rev. James Lawson on a bus in Montgomery, Ala., to discuss the experiences they encountered in 1961 as Freedom Riders, a group of college students who defied segregation on interstate buses across the American South. (Lavondia Majors/The Tennessean via AP)

CNN memorialized Rev. Vivian, noting that, as the county Sheriff Jim Clark blocked the group, Vivian said in a fiery tone, “We will register to vote because as citizens of the United States we have the right to do it.” 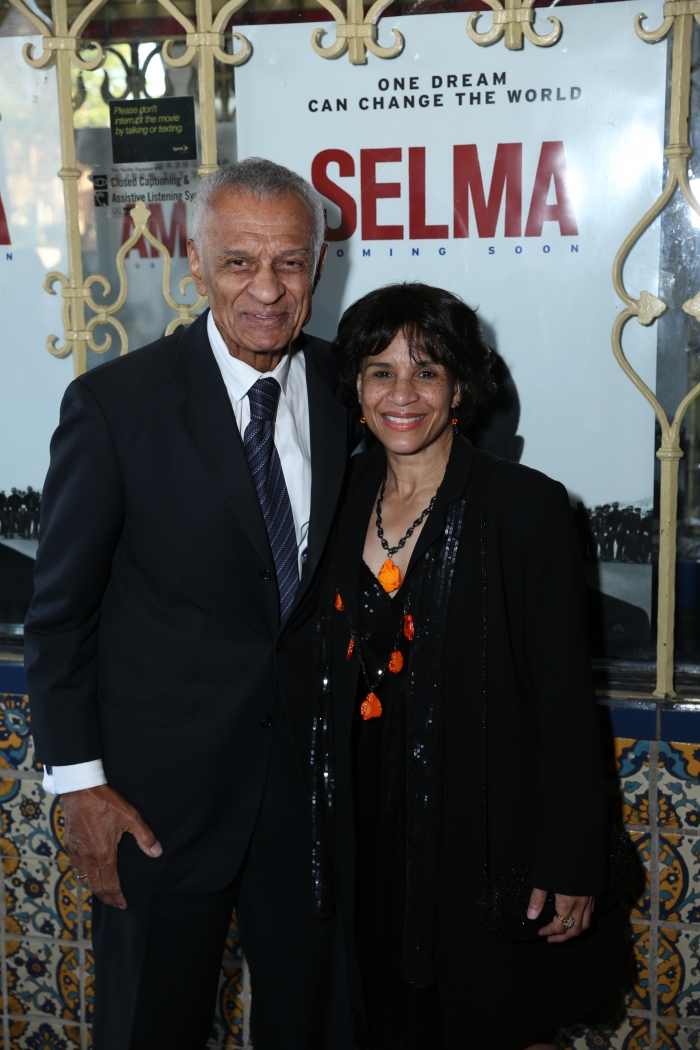 Clark responded by beating Vivian until blood dripped off his chin in front of rolling cameras. The images helped galvanize more comprehensive support for change.

Vivian also created a college readiness program to help “take care of the kids that were kicked out of school simply because they protested racism.” 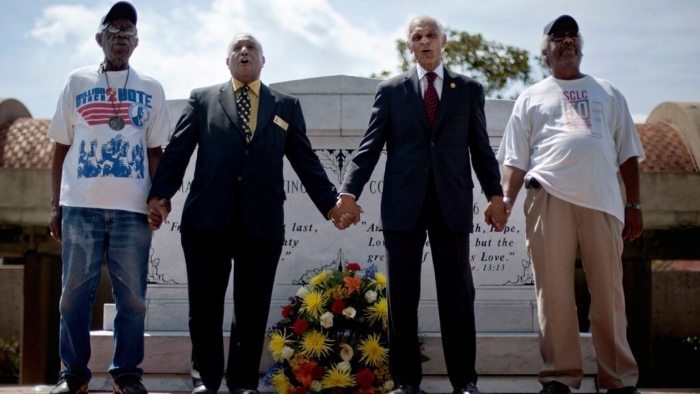 “I admired him from and before I became a senator and got to know him as a source of wisdom, advice, and strength on my first presidential campaign,” Obama stated.

“I’m only here to thank C.T. Vivian and all the heroes of the civil rights generation. Because of them, the idea of just, fair, inclusive, and generous America came closer into focus. The trails they blazed gave today’s generation of activists and marchers a road map to tag in and finish the journey.” 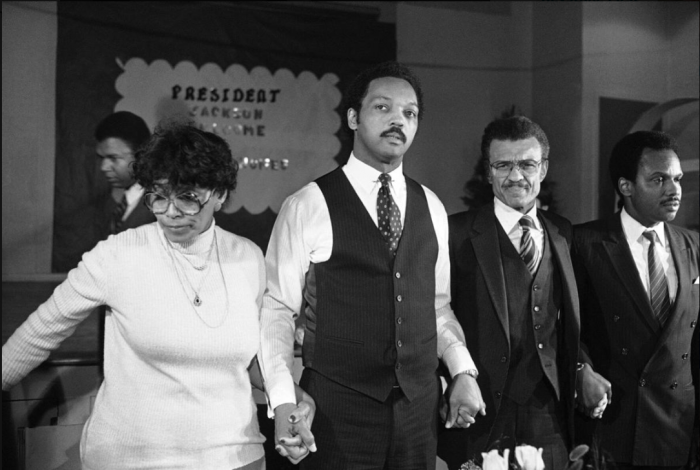 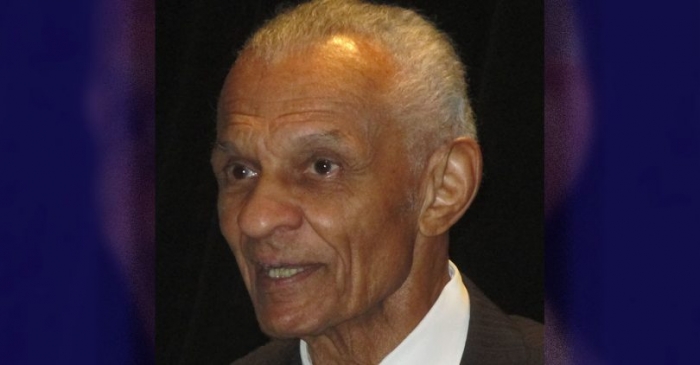 C.T. Vivian addressing the annual convention of the Association for the Study of African American Life and History in Atlanta, September 27, 2015. (File Photo) 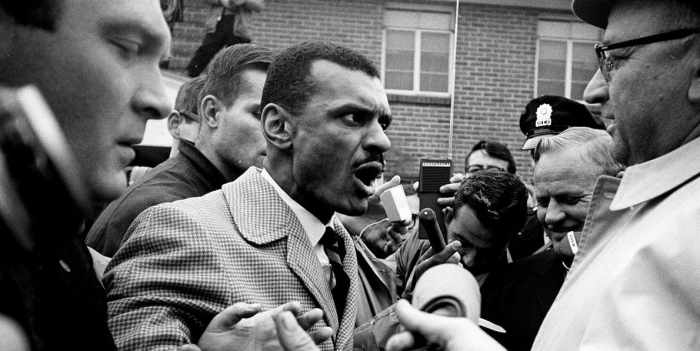 In ’65, Rev CT Vivian, ’24 – 17Jul’20, was arguing for voting rights when the sheriff punched him in the mouth and knocked him off his feet. He stood back up and kept talking before he was stitched and jailed. This confrontation sparked the march across the Edmund Pettus bridge. (Steve Schapiro/Getty Images) 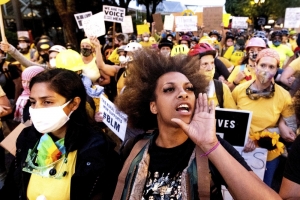 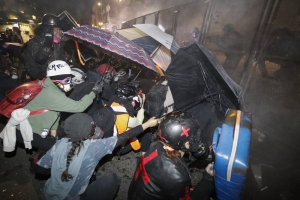