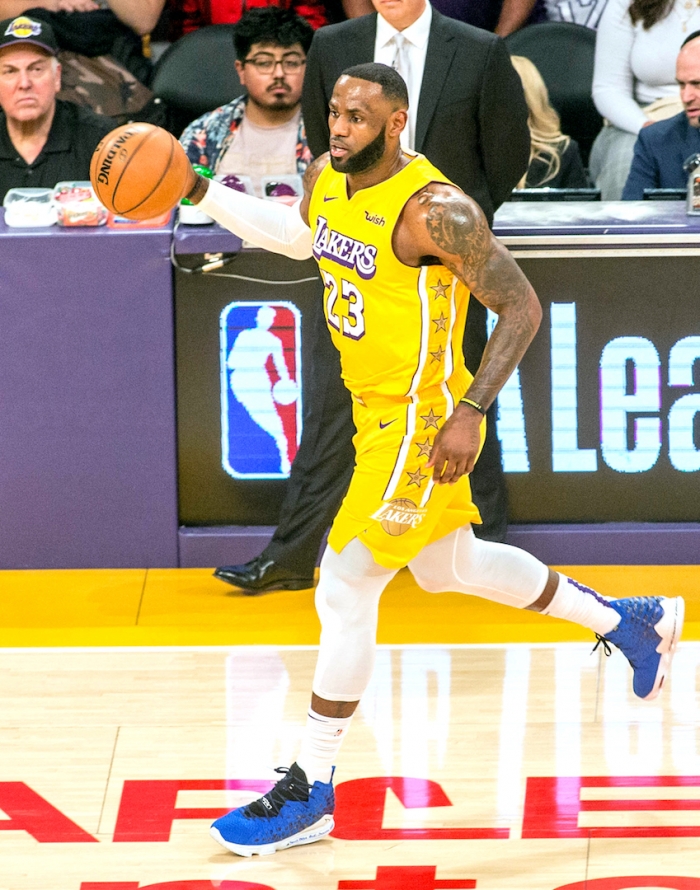 Los Angeles Lakers forward LeBron James entered Tuesday’s contest against the San Antonio Spurs after being announced as the NBA’s Western Conference Player of the Month for January. James moved up to third surpassing the late Kobe Bryant on the NBA’s all-time scoring list during the month where he averaged a near triple-double with  25.4 points, 8.1 rebounds, 10.4 assists and 1.4 steals.

James has led the charge on the Lakers maintaining the best record in the Western Conference and second-best in the league behind only the Milwaukee Bucks. Through 15 games in the month of January, James led the Lakers to a 10-5 record. He tallied 10 games with 20+ points and five 30-point games. He recorded nine double-doubles, including three triple-doubles.

At 35 years old, James continues to lead the league this season in assists (10.7). In eight games in the month of January, James notched double-digit assists including against the Orlando Magic when he tied his career-high 19 assists in a game.

James finished with 36 points on the night against the Spurs as he continues his hot streak into February.