LeBron James and Dwyane Wade culminated a sixteen-year professional basketball relationship, two championships, and two Olympic gold medals under the bright lights of Staples Center on Monday night. With the Lakers’ 105-103 triumph over the Heat, James edged out Wade 16-15 in all-time wins.

“It ended how it was supposed to end,” stated James. “And I’m not even talking about the winner, or the W or the L. Us matched up for the final two possessions, him guarding me on the one end and I’m guarding him on the other end.”

As expected in the regular season finale between Los Angeles and Miami, the game came down to the wire.

“There’s only one building that could have embraced that moment and that’s the Staples Center,” continued James. 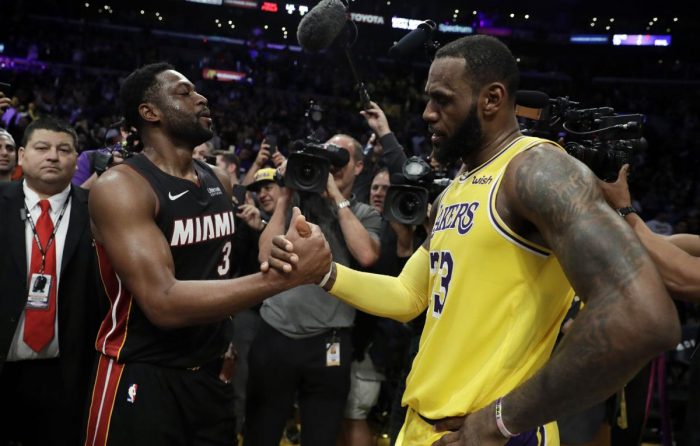 Wade described the dynamic between him and James simply, “We’re brothers.”

“Obviously on the court, we’ve built something special from the standpoint of what we’ve helped each other due in our careers,” Wade continued.

A roller-coaster ride that all began when James was selected first overall to the Cleveland Cavaliers in the 2003 NBA draft while Wade followed shortly after in the fifth spot to the Miami Heat. It was the summer after being drafted where the lifelong brotherhood between the two would form.

“We’re getting slim with our draft class, so it’s my obligation to keep it going,” James said.

Coincidentally, the 2003 draft class also included Lakers coach Luke Walton, Carmelo Anthony, Chris Bosh, and a host of other notable players; many of whom have since retired or are at the tail ends of their careers as professional players.

With a star-studded audience including Wade’s wife, award-winning actress Gabrielle Union on hand for the matchup, the Lakers donned a special video tribute that included highlights from Wade’s career and thanked him for his contributions to the game of basketball.

“I so appreciate them for giving me that moment, something I definitely didn’t expect,” Wade expressed.

Watch as Dwyane Wade (@dwyanewade) discusses his reaction to the #Lakers’ video tribute, leaving the league in good hands, and his relationship with @KingJames 🎥#OneLastDance pic.twitter.com/TBsl1UrUWT

The pair were able to settle the score on the court though they both made clear that the ride as brothers continues. Though retirement awaits Wade at the end of the NBA season, he stressed that with his residence in Los Angeles and his relationship with James, he will be around the city and the arena a lot more next year.

James summarized this chapter as one last dance at the end of Wade’s storybook career.

“We’ve got great writers here in Hollywood and I don’t even know if they’ll be able to write this one,” he said.

The page for both players and teams turns as Los Angeles and Miami prepare for a three-game road trip respectively. The Lakers improved to 17–10 as the team is positioned fifth in the Western Conference standings. 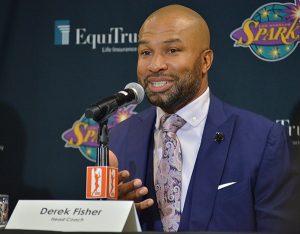 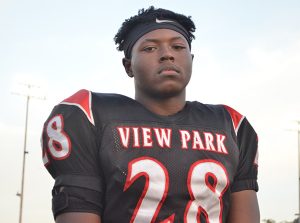 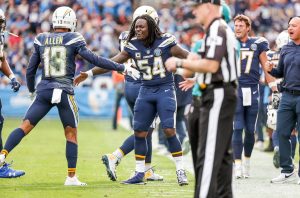 Chargers slide past Bengals 26-21; Ready for AFC West showdown with the Chi... 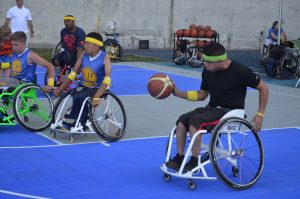 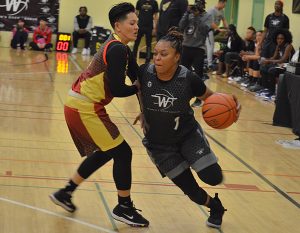