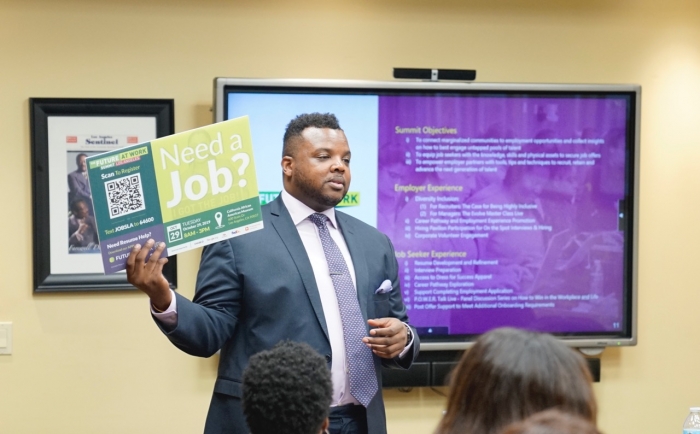 “The marginalized section of the community that has the lowest achievement outcomes, that has the highest risk indicators, if we take care of that community, it will create the tide to lift all boats,” said Jeffery Wallace, President & CEO of LeadersUp, at a recent lunch convening of business and civic leaders to discuss the unemployment crisis in South Los Angeles. While hiring Black is sometimes an idea left behind, LeadersUp has made it a top priority. The nonprofit talent development accelerator annually engages about 9,000 individuals, trains an average 4,500 and connects 2,250 to employment with 100+ employer partners and a network of 36 community/systems. 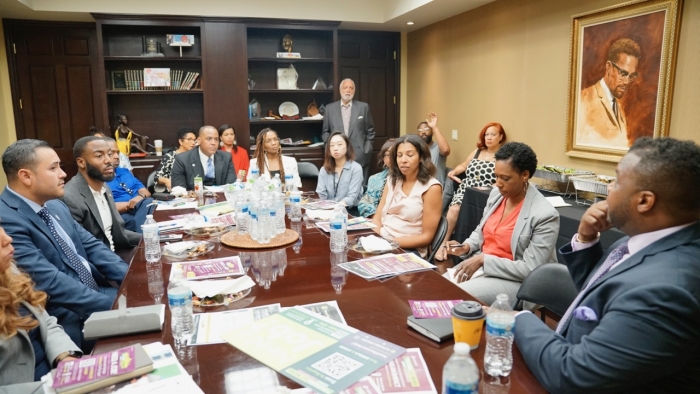 The L.A. Sentinel hosts LeadersUP, as they team-up to battle youth unemployment in South L.A.

LeadersUp not only  recruits, trains and advocates for inclusive hiring practices  but it partners with employers who are looking to hire diverse talent NOW! And its growing its Fair Chance Coalition of employers adopting hiring practices inclusive of jobseekers with prior arrests and convictions. 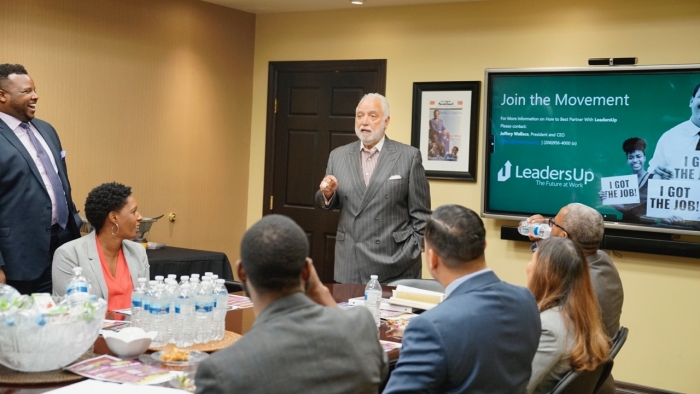 Danny Bakewell Sr.’s partnership with LeadersUp and its President and CEO  Jeffery Wallace is sharpened by the idea that creating opportunities for job placement, wealth creation, and career pathways is vital for the health of our community. On September 17, the two powerhouses spent the afternoon with a small group of business and community thought leaders.

What does it mean to be “qualified” for an employment opportunity? What initiatives are large companies developing to integrate with their surrounding communities? Will Angelenos reap the benefits of the multibillion-dollar development projects around LA?

These are just a few of the questions that arose during their discussion about staggeringly high youth unemployment in South Los Angeles. Participants shared best practices and issued a call to action to influencers and the private sector.

LeadersUp focuses on connecting young adults ages 18 to 29 to economic opportunity, but doesn’t turn anyone away from its annual hiring events. The luncheon served as an introduction and extension of the partnership between Bakewell Media, owner of the Los Angeles Sentinel, and LeadersUp to help eradicate unemployment among young adults in South Los Angeles. 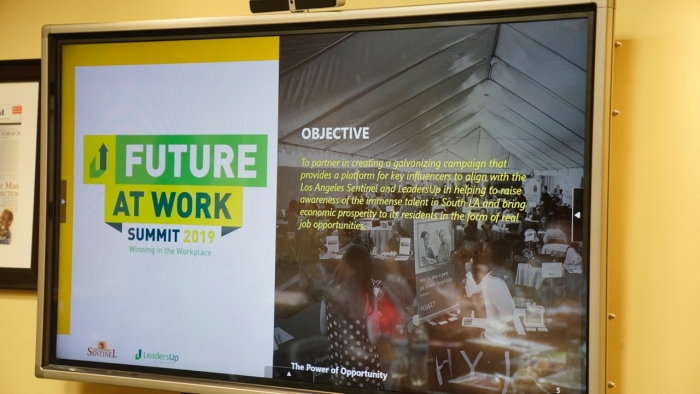 The luncheon opened with guests greeting each other and eating tasty food catered by Castle’s Southern and Creole Catering.

Welcoming remarks were given by Danny Bakewell, Sr., Chairman of Bakewell Media. Mr. Bakewell introduced and spoke highly of Wallace to the audience of corporate leaders stating, “He is creating an institution that we will all remember. No black person in Los Angeles should not have a job. There are enough jobs available and we have the talent and organizations like LeadersUp to prepare them for work. Jeffery Wallace is a man that can make things happen; he thinks beyond the usual.”

LeadersUp provides assistance with resume writing, mock interviews and wardrobe selection at its hiring events. Next month, the nonprofit plans to introduce an app that will send push notifications to subscribers about orientations, background screenings and the status of their applications.

“Imagine a world where people can maximize their potential without barriers,” said Wallace. “That’s the future we want for South LA.  LeadersUp will work to ensure that becomes the new normal.”

Representatives from each company provided insights  on what employers can do to help alleviate the crisis. Malgy Blue, Executive Director of Wealth for JP Morgan Chase, a key sponsor of the Sentinel’s Taste of Soul festival and other community events, said: “LeadersUp is an incredible organization that fills a critical need in our community. It’s all about bridging the divide between jobseekers and employers. LeadersUp has the capabilities and the resources to connect jobseekers of color with employers looking to hire diverse talent to create a win-win for everybody.”

For more information go to www.leadersup.org. 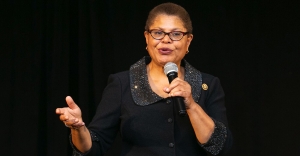