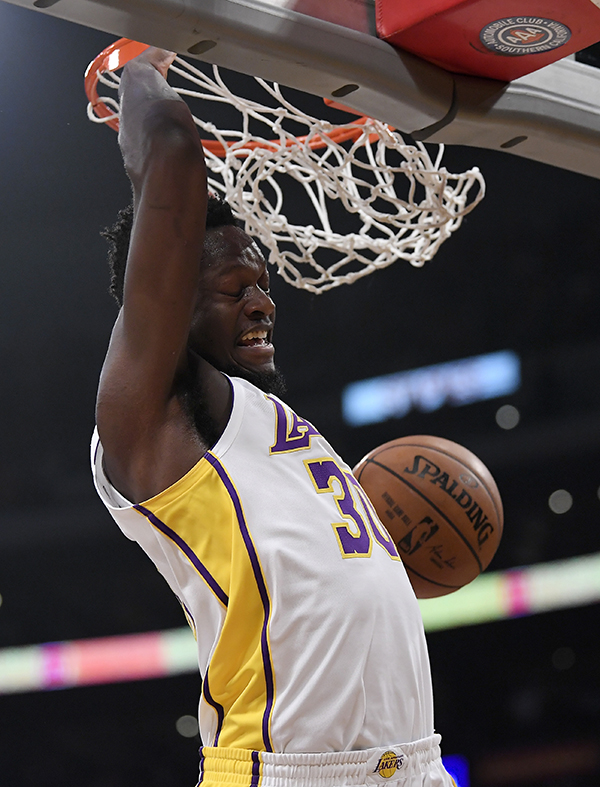 For the first time since November, Lakers fans got a chance to enjoy free Jack in the Box Tacos.  An early offensive energy would help the Lakers triumph over the Kings 99-86.

“We’re getting back to our principles on the defensive end,” Randle said. “We still could be a lot better, I had six turnovers, that’s way too much.”

Los Angeles started the game with strong perimeter shooting; they also forced turnovers. The Lakers reached a 24-6 run. The Lakers had problems maintaining the lead, the 18-point was reduced to four.  Brandon Ingram and March Madness standout De’Aaron Fox scored 10 points each in the period. Fox ultimately scored 15 points and four steals.

“You can see he is getting his confidence, shooting the ball well,” Ball said on Fox. “I wish him the best moving forward, I know he’s gonna be great.”

Bogdanovic gave the Lakers problems in the second quarter. He stole the ball from Ingram to run in a layup and reached 12 points by halftime. Legendary forward Vince Carter revved up the Sacramento defense with two blocks and one steal.

“I will say in our second unit, we played a lot better defensively to create some easy, open shots,” Carter said. 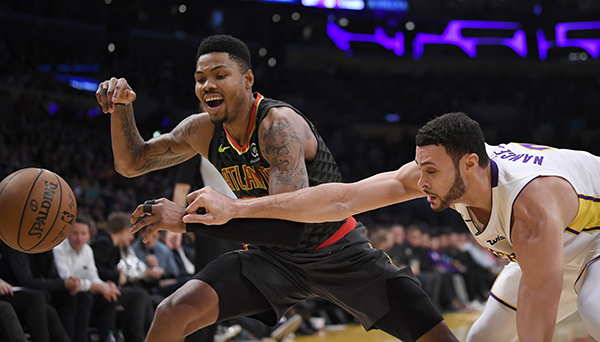 The Lakers earned two technical fouls, both Larry Nance Jr. and Randle made a defensive three-second violation each. Guard Buddy Heild took advantage of the second tech, shooting the technical free throws and landing a three-pointer quickly after. The Kings were within one point of the Lakers.

After intermission, the Kings went on a 9-2 run. Lopez and Caldwell-Pope secured nine points in three consecutive possessions.

“He’s great,” said guard Kentavious Caldwell-Pope. “He spreads the floor for us.”

When Lopez earned his fifth foul and was sent to the bench, Los Angeles kept fighting on both ends of the court. Despite giving away 18 points on turnovers, the Lakers had a 10- point lead going into the fourth quarter.

“I just feel like we have a lot of guys who are trying to score,” said forward Kyle Kuzma. “[I’m] making a better effort defensively and playmaking for guys. It’s better for the team.”

Sacramento only made three turnovers compared to the Laker’s 11 in the fourth quarter. However, the Kings shot at 22.7 percent from the field, missing 17 shots. Walton mentioned how he was happy the team kept the Kings within 12 points in the final act, yet he wants the Lakers to lower their amount of turnovers.

“I think most of them came from lazy passes,” Walton said. “We need them to be strong with the ball, we need them not to take the risky pass, especially down the stretch.”

On Thursday, the San Antonio Spurs will battle the Lakers at 7:30P.M. in the Staples Center. 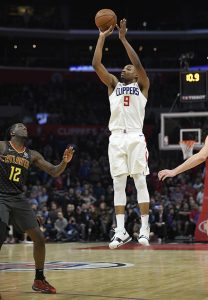 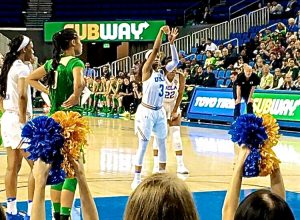