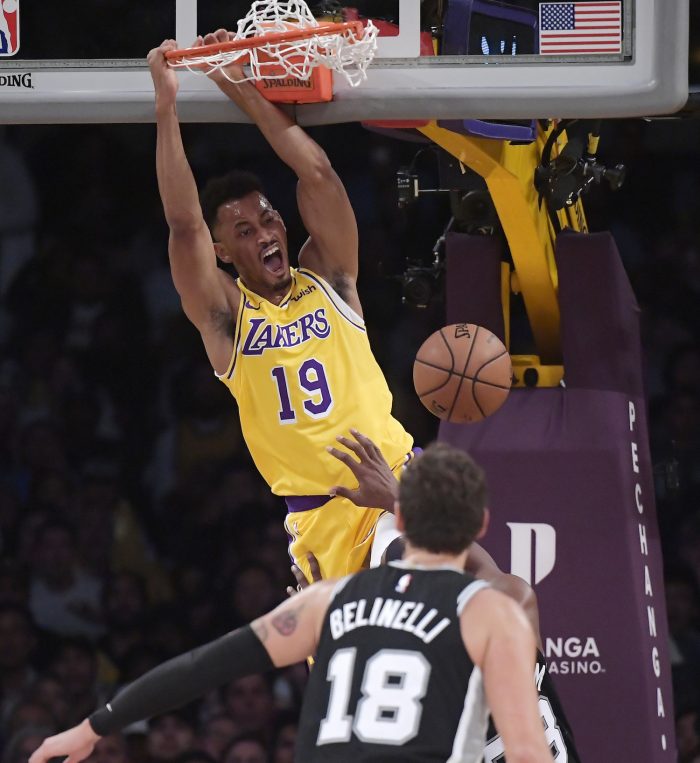 Johnathan Williams and I sat down in an empty gym at the Lakers practice facility in El Segundo, California to discuss how his time with the Lakers organization has played out thus far.

Lakers’ rookie Johnathan Williams made his NBA debut against the San Antonio Spurs as he introduced himself to the Staples Center crowd with a two-handed dunk on his first play of the game. After Lakers’ starting center JaVale McGee fouled out and Ivica Zubac found himself in foul trouble, Lakers’ coach Luke Walton called Williams’ number. Though Williams’ first NBA game ended in an overtime loss, he racked up eight points on 4-5 shooting, grabbed four rebounds and three blocks in 14 quality minutes. Williams joined Laker great Magic Johnson and Andre Ingram as just the third Lakers rookie of all time to notch eight points and three blocks in their NBA debut.

“That’s what we’ve seen from him since training camp started,” coach Walton said of Williams. “It’s what made our staff really start to take a close look at him. Defensively, he’s active and he’s really intelligent.”

In a matter of days, Williams had gone from being a member of the Los Angeles Lakers’ preseason roster to waived by the team and then signed to a two-way contract between the Lakers and their G League affiliate, South Bay Lakers.

“It’s been like a rollercoaster,” described Williams. “Contributing at a high level and putting the team in a great position to try to win the game [against San Antonio] that was probably one of my greatest highlights as a Laker.”

The Memphis native had such an impactful debut that it impressed one of his most notable teammates and one of his favorite players growing up, Lakers’ star LeBron James.

Just seven short months ago, the former Gonzaga Bulldog eagerly anticipated hearing his name called during the 2018 NBA Draft. Though he ultimately went undrafted, he received an invitation to join the Lakers Summer League roster alongside newly drafted rookies Svi Mykhailiuk and Moritz Wagner which is where his NBA journey began.

“It’s been an incredible moment, I just feel so blessed to be able to have this opportunity to play against some of the best players in the world and play with some champions like [Rajon] Rondo, LeBron, JaVale [McGee], all those guys are champions,” commented Williams.

With almost half of Williams’ rookie season looking him in his rearview, he has had ample time to soak in as much knowledge as possible from many players he grew up watching.

“[Things like] how to watch film,” Williams said. “I remember Rondo was telling me instead of watching highlights you should watch the game flow and see how each person is guarding the ball, what they do in the post and watch how different players react in different situations.”

With the back and forth between playing with the Lakers and South Bay, Williams has not had much time to enjoy acclimating to his new home in mostly sunny southern California. His focus is to positively impact whichever team he suits up for that day.

“Right now I just want to focus on perfecting my craft,” Williams mentioned. “I got a lot of time to enjoy the beach, the sunshine.”

The uncertainty that came with how his NBA career started before signing his contract, forced Williams to lean heavily on his religious faith and the closeness to his immediate family.

“One thing my parents always said is that God always has a plan,” Williams discerned.

Williams’ parents still live in his hometown Memphis, Tennessee. His mother runs a daycare and his father is retired from work in federal government. He has an older brother who resides in Spokane, Washington.

In times when he faced adversity, his mindset remained, “How can I beat this? How can I overcome it? I just tried to stay focused, never get too high, never get too low and just always be pushing forward.”

As a Laker, Williams is averaging 3.3 points, 3 rebounds and 0.6 blocks a game. Williams’ focus on attaining greatness coupled with his faith and support from family is what he hopes is a recipe for a long and successful life and NBA career. 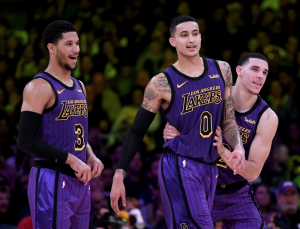 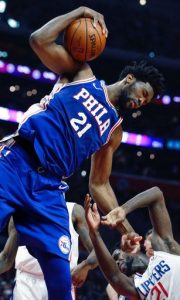 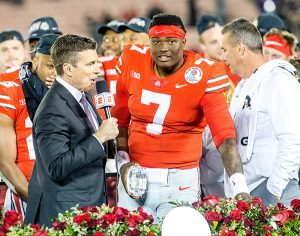 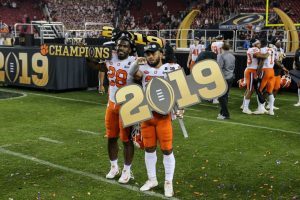 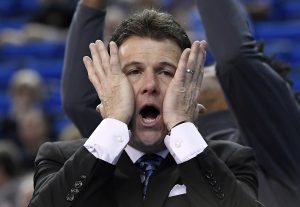 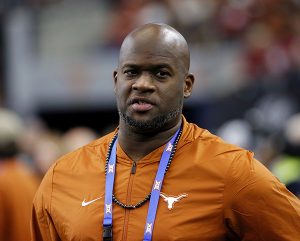