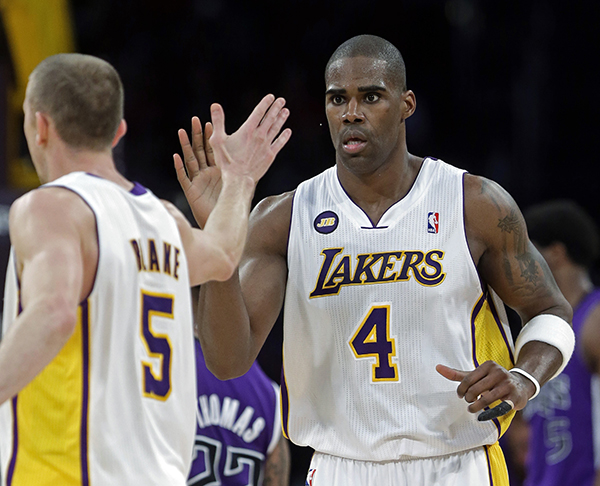 Los Angeles Lakers forward Antwan Jamison (4), who had five three-point baskets, celebrates with guard Steve Blake (5), with four three-pointers, in the second half of an NBA basketball game against the Sacramento Kings in Los Angeles Saturday, March 17, 2013. The Lakers won, 113-102. (AP Photo/Reed Saxon)

The Los Angeles Lakers have hired Antawn Jamison as a pro scout, it was announced today.
Jamison will be based in Charlotte, NC and will primarily scout East Coast, Southeast and Midwest games. A two-time NBA All-Star and 16-year veteran, Jamison averaged 18.5 points and 7.5 rebounds in 1,083 career games (864 starts) for the Warriors, Wizards, Mavericks, Cavaliers, Lakers and Clippers. Jamison will continue his role on Spectrum SportsNet as an analyst for the network’s Lakers coverage.
In addition, the Lakers have added Can Pelister to the scouting staff as an International Scouting Consultant.
ADVERTISEMENT
Categories: Basketball | News (Sports) | Sports
Tags: Antwan Jamison | Los Angeles Lakers | NBA | pro scout | Spectrum SportsNet 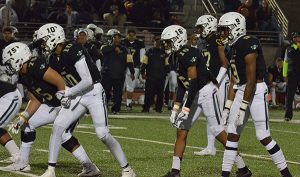