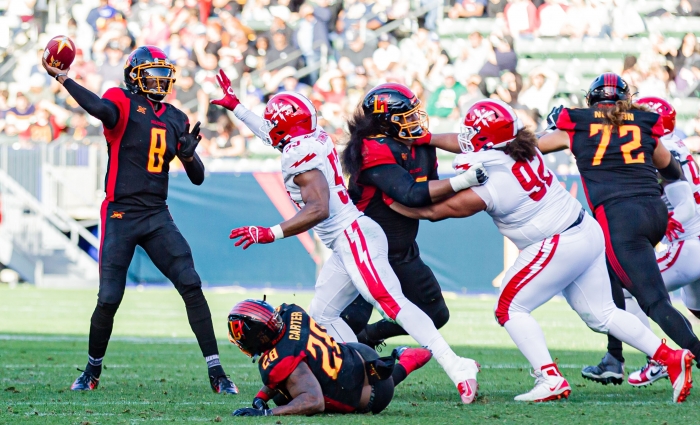 Focus and finish was the message Los Angeles Wildcats head coach Winston Moss preached to his team as they took the field looking to get their first win of the year.

The Wildcats were focused and put together their most dominant performance of the early season, blowing out the previously undefeated D.C. Defenders 39-9 on Sunday at Dignity Health Sports Park.

“Josh really prepared, not only himself, but he got this team prepared,” said Moss. “He challenged the players for more commitment, more dedication, and the results speak for themselves.”

The veteran Oakland native has totaled 474 yards, five touchdowns and zero interceptions in his last two games combined. Johnson led the Wildcats on a five-play, 71-yard drive that was capped with a 40-yard touchdown reception by wide receiver Tre McBride in the first series of the game. 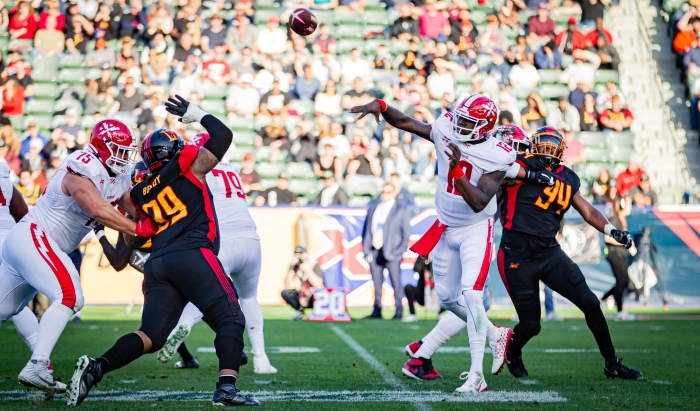 “It felt good because we felt like we let one get away from us last week,” Johnson said on the team’s 25-18 week two loss against the Renegades. “But, we were able to understand why, we put things into perspective as a family, and we went back to work this week. You saw the results from a good week of focus and practice.”

“We executed today, coach [Moss] preached that if we executed we will have a great game and we will beat these guys,” said Carter.

Defensively, the Wildcats forced four interceptions, one each by defensive backs Mike Stevens and Arrion Springs. Safety Jack Tocho had two interceptions and a fumble recovery that would set up another scoring opportunity for Los Angeles. 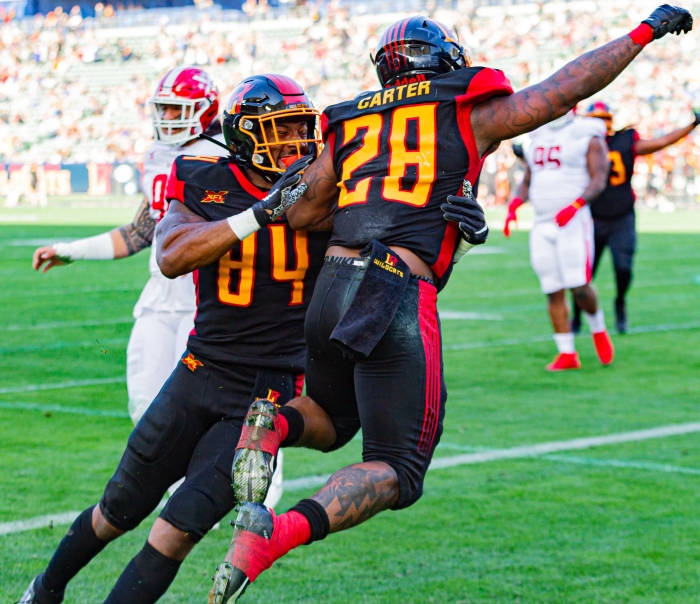 L.A. Wildcats running back Martez Carter (28) celebrates after rushing for two touchdowns and receiving another against the D.C Defenders (Jerry Kelly/L.A. Sentinel)

“Clearly not good enough. I can’t put our team in tough positions like the one out there,” said Jones on his four-interception performance. “I have to give credit to LA [Wildcats], and what they did on both sides of the ball. They took away everything that we wanted to get, took away everything we thought were weaknesses that we wanted to exploit.”

Already leading 27-3 in the third quarter, Carter picked up his third score of the game with a 25-yard receiving touchdown that ended up with a back flip into the end zone.

“I’m prouder of the players more than anything but they responded with some hard coaching this week,” said Moss. “I’m having fun and they’re buying into the belief of brotherhood, camaraderie, and family; faith, family, and football. For the love of the game.” 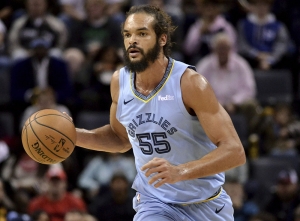