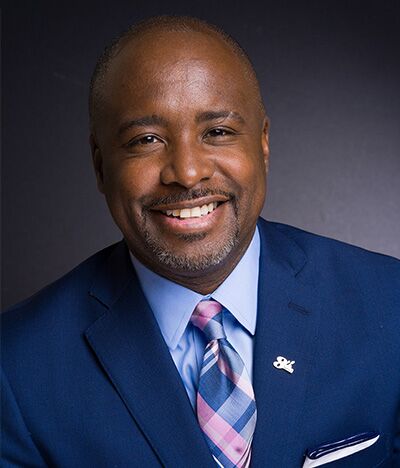 Voices are rising, coming together to create a new chorus to the song of victory and change. Carrying the high notes, are fully established organizations such as Black Lives Matter and SLAANC. They lead the People’s Budget Townhall virtual meeting and talked alongside city leadership about the investment of the community. There were sobering facts about the finances behind our city improvement in comparison to monetary support within law enforcement. Elected officials along with activist members unveiled the fear behind the word “defunding” in reference to the irrigation adjustment of city budget.

Representing city government, Councilmembers Herb Wesson, Curren Price, and Marqueece Harris-Dawson were accompanied by organizational leadership Dominique DiPrima, Black Lives Matter correspondents of L.A. David Turner and Akili, SLAANC leader Thryeris Mason, and co-founder of BLM L.A. Dr. Melina Abdullah. Together they looked at the numbers and how the money is divided. If a third eye on the funnel is among the city, it can lead to a route toward meaningful change.

Councilmember Harris-Dawson painted the picture of the current fear within neighborhoods of color towards involving the police in community disturbance, “What if I call the police and it ends up in violence, so whether its teenage boys fighting within the street because it’s a hot day and people are frustrated, and its out of hand and they need someone to intervene, often times what you will see neighbors say is no one called the police, because they are afraid if the police come someone is going to end up hurt and that isn’t what needs to happen.”

The People’s budget is a financial plan organized by the voice of the community. It explores tunnels of untapped opportunity to rise as a people if the funds were sanctioned to the right place. The South LA Alliance of Neighborhood Councils (SLAANC) “includes 15 councils that work together to advocate on issues that impact South LA.” SLAANC Chairwoman Thryeris Mason explained The South LA Alliance of Neighborhood Council is a microphone to amplify positive change.

The call for revision in the LAPD budget has been part of the Black Lives Matter Agenda for the last five years. According to the information provided by BLM, LAPD takes 50% of the general fund budget. Through this presentation of an ideal plan for resources, money that falls into LAPD is reimagined for recovery, growth, and innovation within the community.

Cofounder of BLM L.A. Dr. Melina Abdullah stated, “To be clear, I know that people think that this erupted after the murder of George Floyd and we have to honor his spirit, he is a tremendous spiritual mover of this work. And we have to understand that this year’s call to defund the police actually travels back to before the murder of George Floyd. “

The visual presentation declared the goals of “substantial investments in Black communities across Los Angeles,” the panel touched on the inequalities unveiled by COVID-19 and it is directly linked to the lack of resources. A coalition of over 50 groups reimagined the funneling of finance within the city, that breeds equality and evolution for all.

Starting with new practices that can be established within public safety, such as the deployment of properly equipped non-violent community care workers as neighborhood resources. In addition to neighborhood care plans based throughout the city. The immediate demands listed by the panel included a moratorium on non-violent arrests as well.

The Councilmembers present on panel, drew focus to the motion that they progressed within the committee; the measurement is described as a “reimagining of public safety.” Councilmember Wesson stated, “its identifying non-violent duties performed by P.D. that we could get other individuals, community people in particular, to do.” Wesson reported the city is looking to have one of the most important conversations to date. There will be public hearings, allowing those living among the city, voice how their city is protected. The first of many meetings is happening on Monday, June 29 at 10am pst.

The fight is against a culture of fear and a culture of punishment, the proposal of the people’s budget is to redirect that energy to community support and community engagement. Research Correspondent for Black Lives Matter David Turner shared the core principles of the people’s budget. Research for the request of readjusting monetary tunnels within city budget, dates to 2011. The goal is having the funds available, aligned with the needs of the community in their current space and time.

Within the findings, Turner declared that results unanimously showed the people, prioritizing the people, instead of police. The reports looked to find what is most important to Angelenos, over 33,000 people participated. Information included in the survey highlighted employment status, essential worker status, gender, race, and sexuality. The surveys concluded the community is looking for investment in universal needs and the reform of traditional policing.

The framework behind community care workers and neighborhood investing showcases the accountability the city is ready to take on for themselves. Each chart within the presentation created a visual benchmark of where the mind of the neighborhood is moving, into what is new and what is better.

Defunding the police sounds scary and unfathomable, yet impactful cuts drastically reduced from schools and recreational areas within the city already took place. The panel unanimously agreed that the new culture of policing in the community has no room for fear from either side. A different lens for policing has presented itself, capturing a broader light into the future where no American will be murdered by those who swore to serve and protect.