L.A. City Council President Herb Wesson and professional golfers Vincent Johnson of Portland, Oregon and Adrian Stills of Pensacola, Florida will be inducted into the Advocates Professional Golf Association Tour Hall of Fame, Sunday August 27, 2017 at Chester Washington Golf Course, announced APGA Tour President Kenneth Bentley. “These three men have played a pivotal role in the success of the APGA Tour,” Bentley says. “It’s only fitting that we honor them.”

The APGA Tour is an eight-year-old nonprofit organization whose mission is to bring greater diversity to the game of golf. The organization hosts six professional golf tournaments each year throughout the United States that feature the most outstanding African American and other minority professional golfers in the country. “Our goal is to not only introduce the game to young people in the inner city, but to see that those young people have the opportunity to develop their games for a college scholarship and ultimately for the PGA Tour,” said Bentley

The APGA Hall of Fame was established in 2016 with the induction of L.A. County Supervisor Mark Ridley Thomas, all time APGA Tour money winner Tim O’Neal and former European Senior PGA member Jerry Brunner. L.A. City President Wesson heads the 2017 list. Wesson is an avid golfer who has been a tremendous supporter of the APGA Tour. “Council President Wesson has taken every opportunity to express his support of the APGA Tour both in and out of the council chambers. His support has generated tremendous goodwill and community support for the APGA Tour,” Bentley continued.

Vincent Johnson is a former standout at Oregon State and the first star on the APGA Tour. He won the Adrian Stills Award (given to the top player on the APGA Tour) in 2010 and 2011. From 2010-2013 Johnson dominated the APGA Tour winning two titles and finishing second five times in the 11 events he played. During that time, he also won the prestigious Long Beach Open. “Vincent gave credibility to the APGA Tour in the early years,” Bentley says. “Not only was he tremendous player, he was a great spokesperson and he is an outstanding young man.” In October of last year, Johnson was named Assistant Director of Portland Public Golf.

The APGA Tour is the brainchild of Adrian Stills, a three-time All-American at South Carolina State and a member of the National Black Golf Hall of Fame. Sills played on the PGA Tour in 1986-87 and won 21 professional titles in his career. He is Director of Player Development for the APGA Tour and is Director of Golf Operations and Head Professional at Osceola Golf Course in Pensacola, Florida. “Adrian was one of the best ball strikers to ever play the PGA Tour,” Bentley says. “It was Adrian who approached a group of businessmen telling them if we could provide a place to play, we could develop more African Americans for the PGA Tour. From that conversation birthed the APGA Tour. Because of his past success and knowledge of the golf swing, Adrian is a great role model for our players.”

The APGA Hall of Fame ceremony will take place following the final round of the APGA Tour Championships at Chester Washington Golf Course in Los Angeles August 26-27, 2017. Play begins Saturday and Sunday at 7:30am and admission is free. 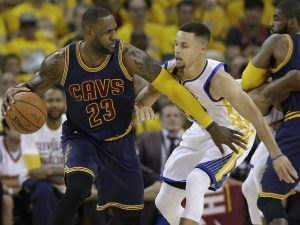