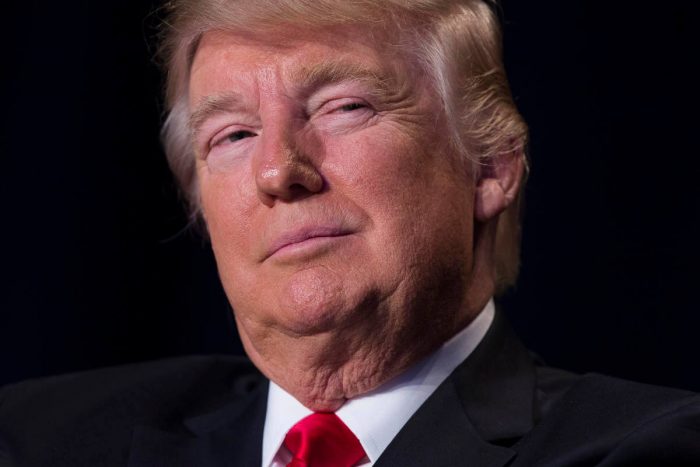 President Donald Trump should be investigated for any high crime or misdemeanor sufficient to warrant impeachment proceedings — at least according to a Los Angeles City Council committee, which approved of the idea last Friday.

While more symbolic than substantive, the resolution calls for the city’s 2017-18 federal legislative program to include support for any legislative action to investigate whether Trump has violated the Foreign Emoluments Clause of the United States Constitution or committed any other high crime or misdemeanor.

“What this tsunami known as Donald Trump has done in just 100 days is devastating and will continue to be devastating to both our city in terms of funding, and to our residents in terms of what he has done with immigrant rights and with women’s rights and with workers’ rights, and to keep this going is frightening,” said Lyn Shaw, a district chief of staff for Councilman Bob Blumenfield, when speaking before the Rules, Elections, Intergovernmental Relations and Neighborhoods Committee.

Blumenfield is not on the committee but is a co-author of the resolution, which will now go to the full council and likely pass, as seven of the 14 current members have already signed onto it.

Since taking office, Trump has received criticism from some ethics experts for not divesting ownership of his vast real estate empire, which could be in violation of a provision in the Constitution preventing government officials from accepting gifts or benefits from foreign leaders or foreign states.

Trump has said he will donate any profits from foreign governments to the U.S. Treasury on an annual basis.

Should the full council approve the resolution, it will be another in a string of motions and resolutions that have been passed in direct opposition to Trump or his agenda.