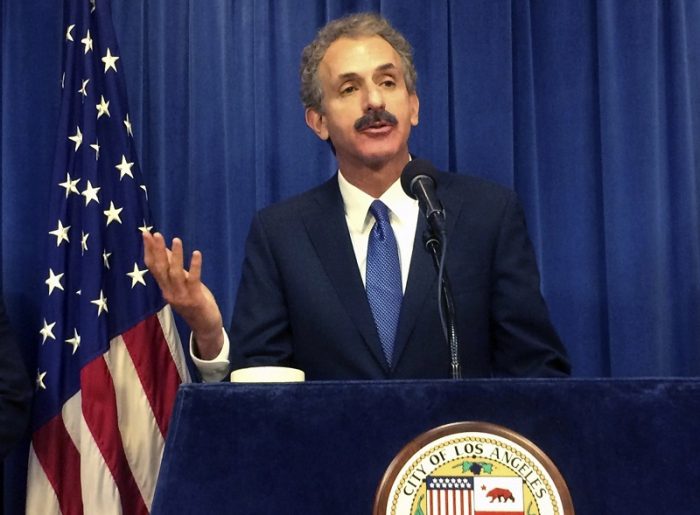 City Attorney Mike Feuer announced today that his office has reached a settlement with a South Los Angeles funeral home over allegations that the company routinely engaged in deceptive and unlawful business practices.

Feuer said the settlement with Agape Funeral Home Inc. at 4250 S. Central Ave. stemmed from an investigation into multiple funeral homes, in which five other businesses cooperated fully with his office and voluntarily came into compliance with the law.

Agape did not immediately come into compliance after being contacted by his office over a number of alleged violations, including failing to provide itemized pricing for services and misrepresenting that unnecessary procedures were required, including embalming, Feuer said.

“It’s appalling that anyone confronting the loss of a loved one should confront practices that take advantage of their vulnerability,” he said.

“This settlement, and our other enforcement efforts, underscore that our office will continue to ensure funeral homes operate according to the law and consumers are protected against predatory practices.”

An owner or manager of Agape could not immediately be reached for comment on the settlement, in which the company agreed to pay a civil penalty of $20,000.

Agape was also placed under an injunction for four years, and ordered to comply with all state laws, regulations and rules, according to Feuer’s office.

The lawsuit against Agape originated from an investigation launched by the city attorney in 2017 identifying six funeral homes in Los Angeles whose websites were not in compliance with state requirements to either provide a link to a price list or a statement that a price list is available upon request, according to Feuer’s office.

Feuer did not identify the other five funeral homes but said they are located in various parts of the city and were targeting different demographic groups. He also said he hoped the lawsuit and investigation would serve as a warning to any funeral homes engaging in unlawful practices.

Feuer’s office said that over the course of 11 months, Agape was given multiple opportunities to bring its website, marketing materials and sales practices into compliance with state law but failed to do so, and multiple undercover investigations were conducted to verify compliance, including as recently as February.