The Los Angeles Sentinel Newspaper received the opportunity to view an artifact from the upcoming King Tut:  Treasures of Golden Pharaoh exhibit on Thursday, March 15th at the California Science Center. Presented by the Egyptian Ministry of Antiquities, IMG, and the California Science Center, the ten-city international tour will begin in Los Angeles before departing to Europe.

Over 150 artifacts from King Tut’s tomb will be displayed.  Once the tour ends, the treasures will be permanently housed in the Grand Egyptian museum in Cairo, Egypt.

“King Tut actually achieved what other kings wanted to which is immortality.  He died twice according to ancient Egyptians sayings.  The exhibit is sure to hold his legacy,” said Rudolph.

Archeologist Howard Carter and his workmen discovered King Tut’s tomb in the Valley of the Kings in Egypt in 1922.  King Tut, short for King Tutankhamen, was 18 when he died.   This is the largest exhibition from King Tut’s tomb to leave Egypt. 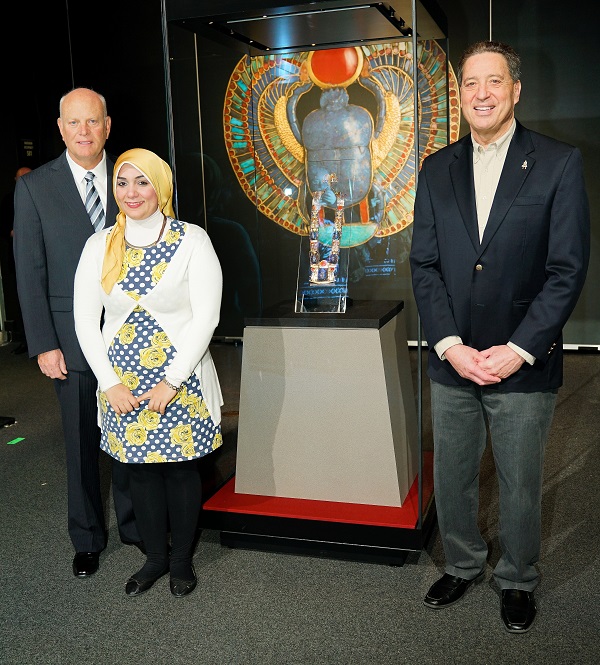 “Many partners were involved in the process of packaging the artifacts,” said Nevine Hassan, who was hand selected by the Ministry of Antiquities to oversee the artifacts travel.

“They made sure the objects were in good condition.  For me as a curator, this is considered one of the most precise packaging I have ever seen,” said Norman.

The immersive exhibit will highlight the different stories surrounding King Tut.  Each artifact will hold a different piece into the mystery of his legacy.  Spectators will not only view artifacts, but also experience an ancient ambiance throughout the exhibit. 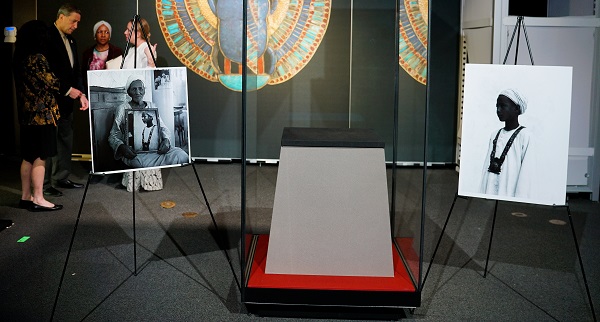 “The lights will be leveled with music playing in the background.   It’s not just artifacts.  It will be immersive and tell stories,” said Norman.