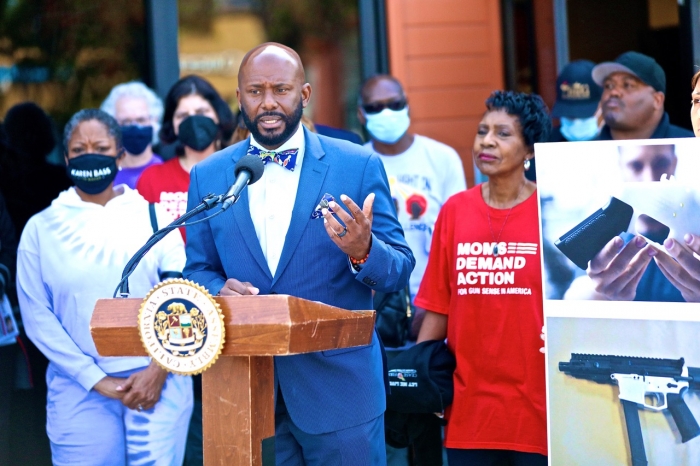 Assemblymember Mike Gipson (D- 64 District) hosted the “AB 1621 Ghost Gun Press Conference, at the Los Angeles Sentinel headquarters on Friday, April 15. Local residents, community organizations, and other public servants focused their energy on the continual rise in the epidemic of ghost guns that are plaguing Black and Brown communities in Los Angeles, California.

“The work is not for the faint of heart,” said Gipson as he opened the conference addressing incidents that took place this week due to gun violence.  He also noted that ghost guns have been the root cause of recent homicide cases found in Black and Brown communities.

Bass stated, “I am here standing in solidarity with Representative, Assemblymember, Caucus Chair Mike Gipson. One more time — I’m here in solidarity in support of him because his legislative record on this issue and so many other issues related to public safety is outstanding and I applaud you for the leadership that you always take.” 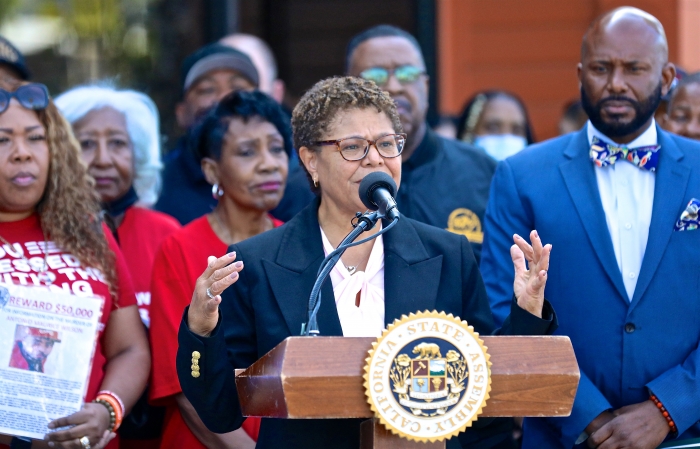 Bass continued to express the need to be attentive to the widespread of ghost guns. Gun laws are being looked at on a national level, intense debates are taking place to find the safest measure of protection while constitution. “We need to do whatever we can on a local and state level—but we should never let up the pressure from the federal government or congress,” Bass said.

Ghost Guns are untraceable firearms without serial numbers, according to information released by NPR, these weapons are built privately.  In 2021, law enforcement retrieved roughly 20,000 suspected ghost guns during criminal investigations. They were reported to the Bureau of Alcohol, Tobacco, Firearms, and Explosives (ATF).

Councilmember Price said, “In our country, gun violence has become far too common, it’s really a public health issue. From our homes to our places of worship, social gatherings, school—gun violence has taken far too many innocent lives.”

Price continued, “There’s no place for this on our streets or in our community.” He continued to elaborate on the negative impact these weapons carry into the city. “Part of issue is the inability to trace the origins of where these guns are manufactured and purchased, that’s what these ghost guns represent.” 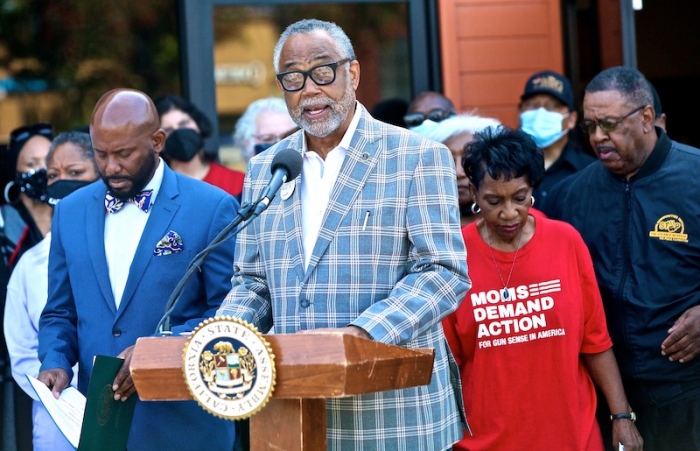 Councilmember Price confirmed that ghost guns have been an increasing problem in recent years. He shared his thoughts on the matter by stating, “It’s clear that the city of L.A. and California need an approach that stays one step ahead of gun violence, especially in the purchase or sale of ghost guns.”

AB 1621 seeks to restrict the sale of firearm precursor components until certainty unfinished parts are regulated as firearms and frames under federal law. Gipson confirmed that the Los Angeles Police Department created a database with over 863 ghost guns were confiscated throughout the L.A. area. Assembly member Gipson shared that there were over 20 homicide cases in the Watts. 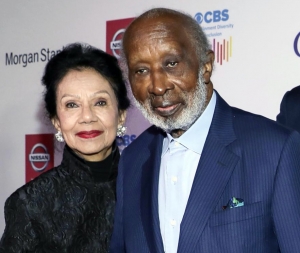 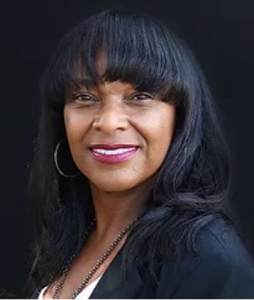 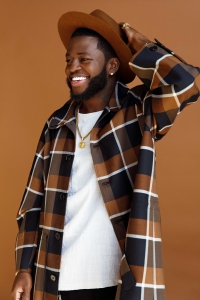 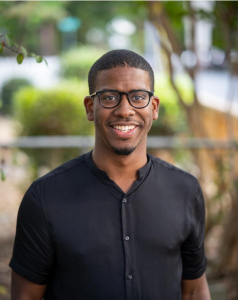 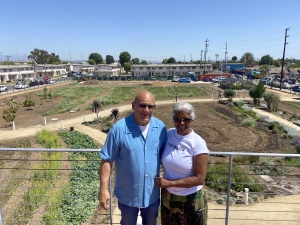 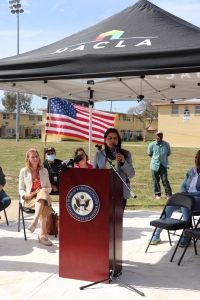